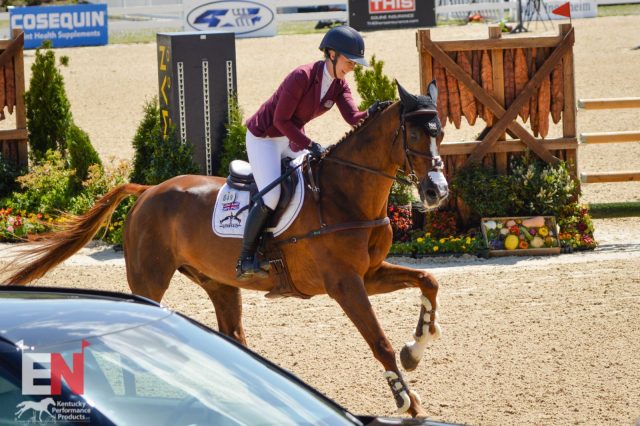 Few teams for Pratoni have been so hotly anticipated as that of the Brits, who currently hold most of the medals available in the sport of eventing and are, predictably, absolutely front-loaded with formidable talent ahead of this year’s World Championships. And so, without further ado, let’s take a look at who’s been picked to fly the Union Jack, in alphabetical order:

The reserve combinations are as follows, listed in alphabetical order by athlete surname:

The British team incorporates the entirety of last year’s gold medal winning Tokyo Olympics team, and features reigning World Champion Ros Canter, though this time, aboard the exciting up-and-comer Lordships Graffalo, with whom she finished second in a tough renewal of Badminton this year. Similarly representing the young guns is eleven-year-old Banzai du Loir, who was second in his five-star debut at Kentucky this spring with 25-year-old Yasmin Ingham, who makes her Senior championship debut in Italy after representing Great Britain at the Pony and Young Rider levels.

Great Britain have previously won team gold six times, in 1970, 1982, 1986, 1994, 2010, and 2018. They’ve also claimed five of the fourteen individual gold medals awarded since the inception of the World Championships at Burghley in 1966, and will come to Pratoni as the double reigning champions. The final assignations of the four team slots and one individual place will be allocated and announced closer to the competition.