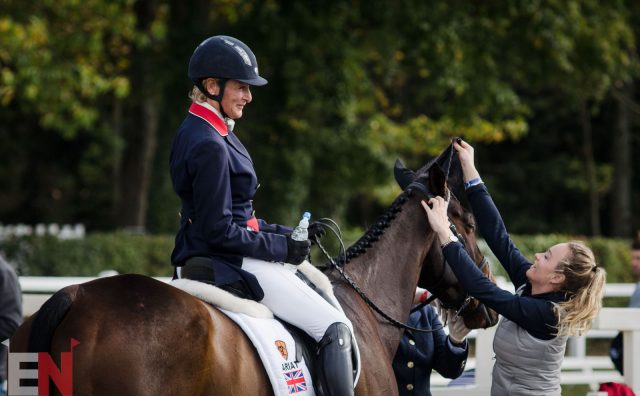 Keeping it in the family: Emily King takes on supergroom duties for mum Mary, who posted a 44.3 in the seven-year-old championship with King Robert II. Photo by Tilly Berendt.

This afternoon’s competition at Le Lion d’Angers shone the spotlight on the seven-year-olds. In a true blast from the past, Mary King topped the leaderboard from the off with King Robert II, and held her lead throughout the afternoon. Mary’s last international win was in 2011, when she won Rolex with Kings Temptress — the dam of her ride today. His sire is equally impressive: William Fox-Pitt’s Badminton winner, Chilli Morning. 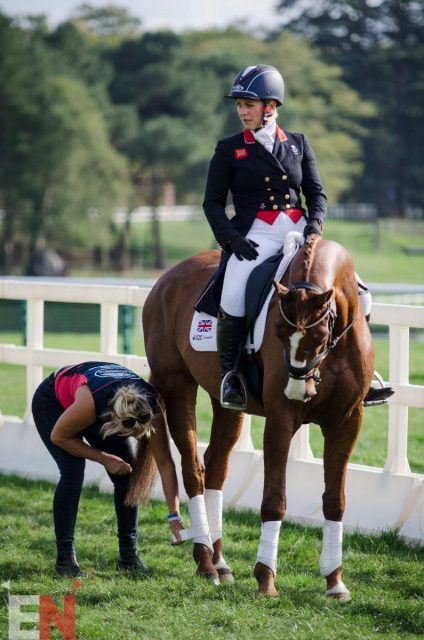 Another son of Chilli Morning who took to the main arena this afternoon was Gemma Tattersall‘s Chilli Knight, who suffered a few green moments to score 53.4 and sit in 15th overnight. Chilli Knight’s dam was Kings Gem, who was bred and produced by Mary before Gemma took the ride in 2008. There’s obviously something in the water in Devon (or Mary has a good eye for a horse — we’re willing to consider both options). 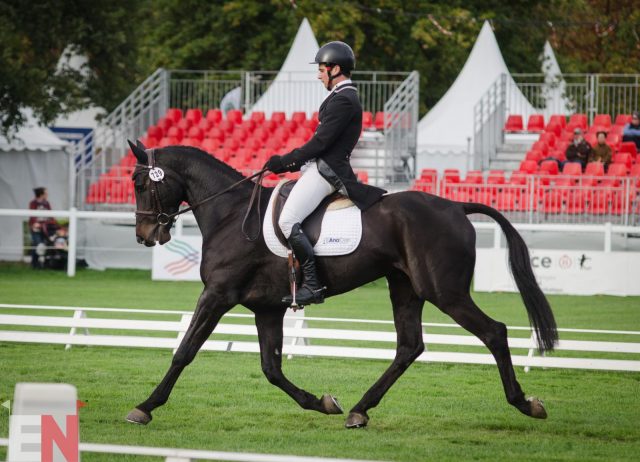 James Avery and Vitali take the lead on 42. Photo by Tilly Berendt.

Mary couldn’t quite keep her lead overnight: the final rider of the day, New Zealand’s James Avery, managed to squeak ahead of her with a correct, expressive test aboard Vitali. James has taken over fellow countryman Jock Paget’s former UK base and several of his owners, affording him the opportunity to expand his business and begin to make a name for himself on the world stage. Vitali is one such former Jock ride, and since taking over last year, James has gone from strength to strength with the youngster, culminating in a win in the CIC2* at Gatcombe International last month. 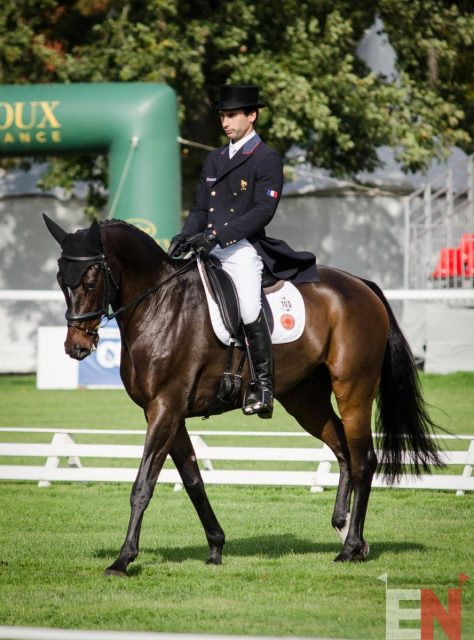 Astier Nicolas proved that missing half the season due to a broken knee hadn’t made him rusty — his competitive score of 44.6 puts him and Alertamalib’or into third place overnight.

As a parting gift to you: a tasty stat from EquiRatings, who tell us that no seven-year-old has finished on a sub-40 score at international 2* level in 2017. Could this change this week? Watch this space. 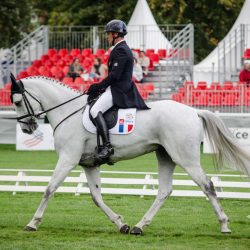 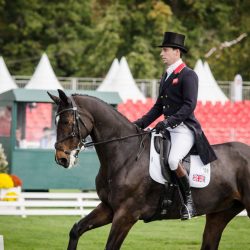 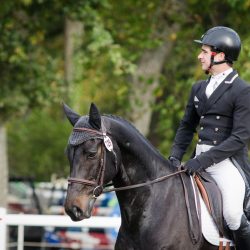 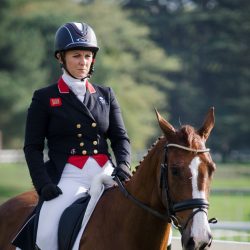 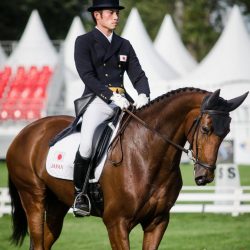 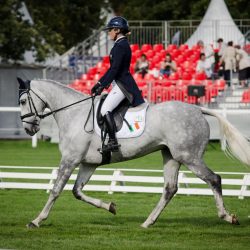 The cream of the crop after the first day of dressage in the seven-year-old championship at Le Lion.