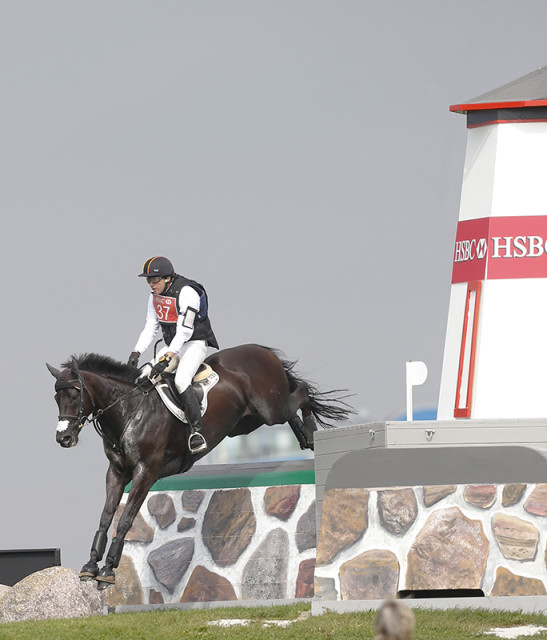 With safety being the primary concern for anyone involved in the sport, research into the causes of falls on cross country is always being done in an effort to improve the safety element of eventing.

The Horse has published the findings of a study done by Heather Cameron-Whytock and Charlotte Brigden of Myerscough College in Preston, United Kingdom, which studied data surrounding cross country falls. A total of 2,002 horses and riders participating in one-day events at Novice, Intermediate, and Advanced levels were studied.

While many factors such as horse and rider age and experience level were taken into account, a strong correlation between the rider’s placing going into cross country and the likelihood of a fall was found. Heather and Charlotte were able to deduce that a rider who was in fourth through tenth position were half as likely to have a fall on cross country than those in the top three positions.

What contributes to this? Perhaps these riders were more willing to take risks, Heather pointed out in the findings. The pair also found that nearly 75 percent of the falls studied were due to rider error and/or inexperience.

It’s an interesting take on the ongoing study of the safety of the sport. You can read the findings of this study in the full article on The Horse. We want to know your thoughts, EN! What would you like to see studied as we continue to look for ways to improve eventing?