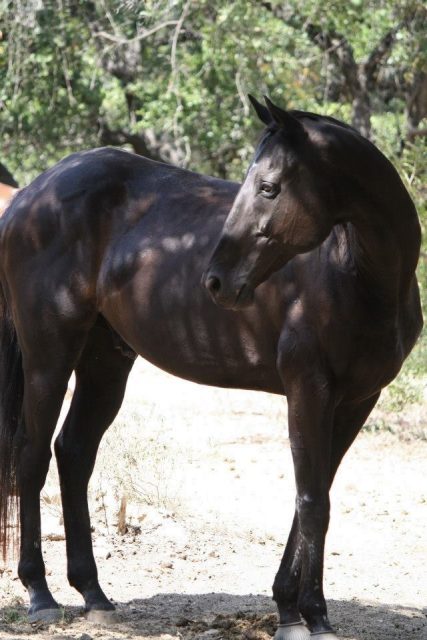 “There is something about the outside of a horse that is good for the inside of a man.” – Winston Churchill. Photo by Kate Boggan.

It is a phenomenon that is represented throughout literature, movies and even some country songs; horses have a miraculous ability to capture people’s hearts. I have yet to come across a person who can’t at least admit that horses are beautiful creatures. I have met plenty who are scared of their large size, or aren’t too fond of the way they smell, but I do not know a human being that doesn’t in some way appreciate horses. Equestrians are the lucky ones whose DNA programs them to go beyond a general appreciation and instead be consumed by an overwhelming passion.

This passion leads to many different avenues for horse enthusiasts. Some of us pursue professional careers within the equine industry as riders, trainers, breeders or vets. Some of us turn into weekend warriors hauling our trusty steeds to shows, events, trail rides or rodeos. And some of us simply enjoy the company of these magnificent animals as they happily graze through the years and fill our hearts with joy. 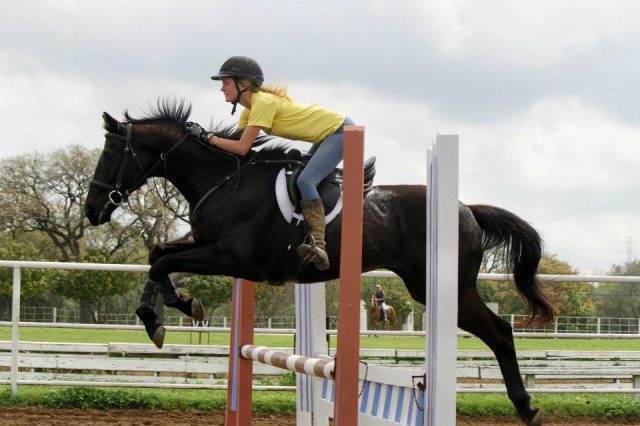 It’s hard not to smile when you have such an amazing partner. Photo by Shannon Boggan.

These horses that bring us so much happiness can also bring healing. My freshman year of high school my parents bought me the horse that was going to take me through Prelim. Natural Disaster (Nate) was an 8-year-old OTTB and was going to be my serious competition horse. Nate took me to my first Novice and then my first recognized show. We qualified for the American Eventing Championships that first year of competition. Nate was the biggest dork of a horse and didn’t have a mean bone in his body. He got angry at himself when he hit rails and one of his favorite treats was glazed donuts. Nate was everything I could have dreamed of until he wasn’t.

The summer of 2011 we learned my beautiful horse had kidney disease and the vet gave him three years to live. Nate didn’t make it to that September. As a junior in high school I experienced my first heartbreak, not from a high school boy, but from having to say goodbye to my best friend in the whole world. Everyone who has ever lost a beloved horse will know exactly what a heart shattering and painful experience it is. I cried every day for a good two months and then at least once a week for a while after that. Friends at the barn left flowers and cards at Nate’s stall and I spent a lot of time looking through pictures of Nate and me trying to wrap my head around the fact that he was really gone.

Sometime in the month or so after we had to put Nate down one of the wonderful ladies at the barn offered me a ride on her retired event horse. Handsome Ran Some was a 20-year-old OTTB and to this day is one of the hottest horses I have ever sat on. His owner Lori Sitez let me bring the tall, dark and handsome horse out of retirement so I had something to ride. While I never officially owned Ran Some, that winter he became my horse and I became his kid. 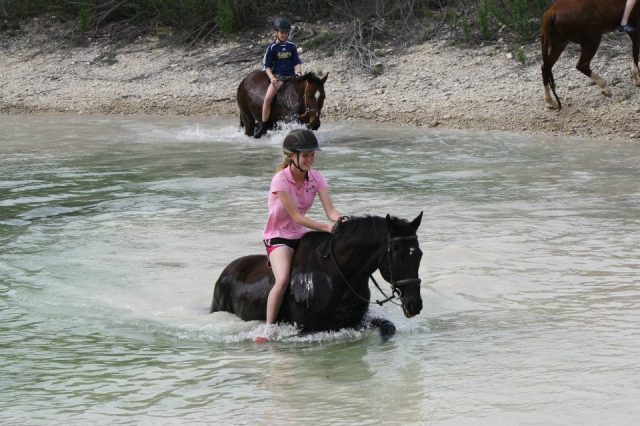 His first time swimming and he was such a good sport. Photo by Shannon Boggan.

In another year I once again had a horse of my own and Ran Some went back to being retired. I still gave him cookies every day when I walked by his stall and I would pull him out every once in a while to keep his mane pulled and give him a good bath or a brush. I moved off to college and our barn back home closed and Ran Some moved with Lori to the new boarding facility she and her husband opened up, Fine Print Farms. 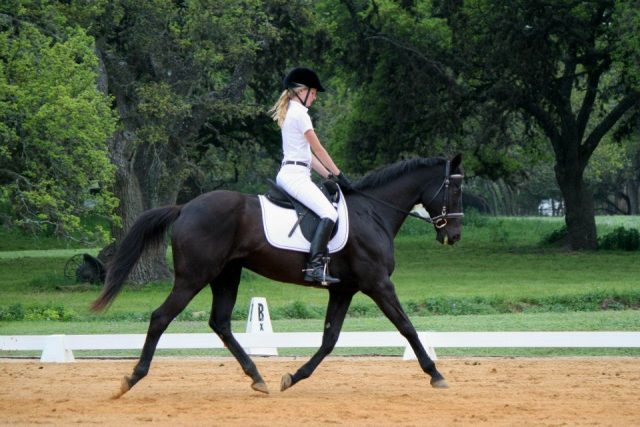 The old man still had some moves! Photo by Shannon Boggan.

I am now entering my second year of my master’s program and have started working with a new young horse. Last night around midnight I got a text from Lori. The now 27-year-old handsome Ran Some isn’t doing too well. He’s become cushingoid over the past few years and is now having some neurological problems. My phone screen became blurry as I attempted to type a response through the tears welling up in my eyes. Ran Some and I never went to a recognized show, never qualified for any championships, we never won any huge class, and we never even jumped higher than 2’9″. I didn’t own Ran Some and I only rode him for about a year. In that year Ran Some did more for me to heal my broken heart than any person was able to. Ran Some was the first horse I loved after I lost Nate and he will always hold a treasured spot in my heart for helping me find joy in the saddle again.

I’ll be making a trip home to San Antonio, Texas, next weekend to give Lori a hug and hopefully see Ran Some one last time. I know there will be lots of tears and I’ll feel that familiar ache in my heart again — it’s the price we pay to love something so deeply. I know soon Ran Some and Nate will be happily grazing together waiting for their humans to return along with all the other beloved horses in those endless green pastures. And I know that just like Ran Some did for me seven years ago there will be a little OTTB mare waiting for me at the barn to bring me joy and healing. 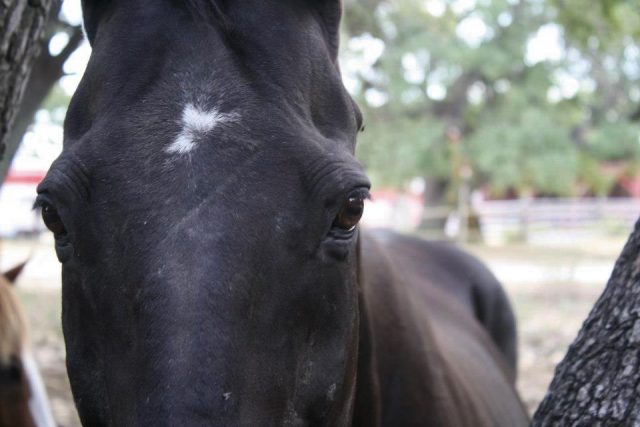 You were deeply loved and you will be deeply missed. Photo by Kate Boggan.