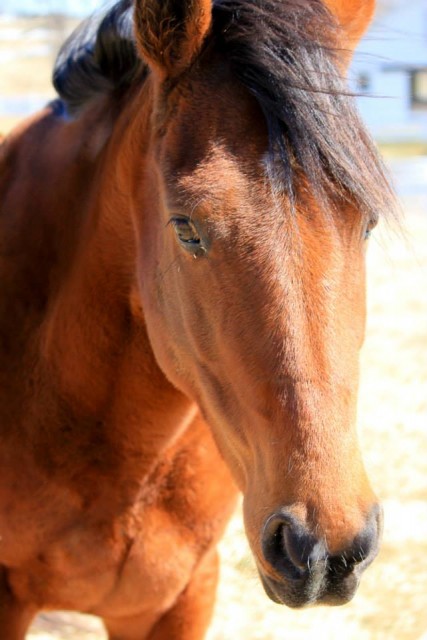 Here’s something that I said yesterday, that really only could have come out of a horse girl’s mouth: “I’m so impressed with her, she only nervous-pooped once in the wash stall instead of six times like yesterday!”. That, my friends, is truly looking for the joy in small things. If you can consider one enormous poop explosion an improvement, you’re on the right track towards finding your happiness in the horse world.

I’m a huge fan of working with young or inexperienced horses, and it’s probably due to my ability to find success in the smallest degrees and the weirdest of places. I recently started working at the Equine Welfare Society, a non-profit rescue operation that is not only giving unwanted horses a second chance, but training them in a high class way so that they can make their way into the world with more advantages than they are usually afforded. We’ve only just begun, and we have four horses, each at a completely different point in their training. I’m personally super psyched about this opportunity, because not only do I get to train these horses from the ground up, but I also get to have an incredible positive influence on their lives.

We’ve got Isabelle, a coming four year old who hasn’t been started yet and is quite unflappable. Bogey came with her from the Central Virginia Horse Rescue, who got him from Camelot auctions (look at his sad face!) a few years back and worked with him to overcome his abject (and righteous) terror of human beings. Val is an eight year old OTTB who failed at everything regarding racing, and hasn’t been sat on since her last attempt at running a few years ago. Val came with a colt who is not related to her, named Nate, and he’s just a yearling. 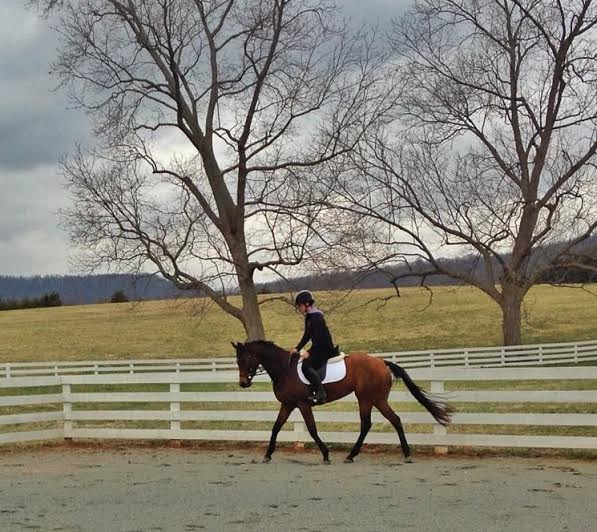 Val during her first ride since the track!

In terms of finding positive change, there’s nothing like a neglected or abused horse to really bring things into perspective for you. Every single little move these horses make towards trusting me more, or volunteering cooperation is a huge victory. I spend my time with them seeking to teach them civilized behavior, but also to slowly teach them that human beings can actually be great companions. Some of them have fear issues, like Bogey, who was ear twitched so badly before CVHR found him that his ears were sprained and paralyzed. Some of them have more generic anxiety, like Val, who believes that every time you go near her, there’s the chance that she’ll be forced to run a race in terror again. Either way, for horses like that, a little bit goes a long way.

For any horse, but especially one that has had bad experiences, small movements to put their hearts and bodies on the line are in fact big risks. To see those moments from them, and to recognize them, that is where the joy in horse training comes for me. In fact, if I can count only one anxiety induced wash stall poop as a success, I consider myself an extremely lucky person. After all, surviving in the horse world is nothing if not appreciating the small things, and figuring out how to keep the smile on your face.