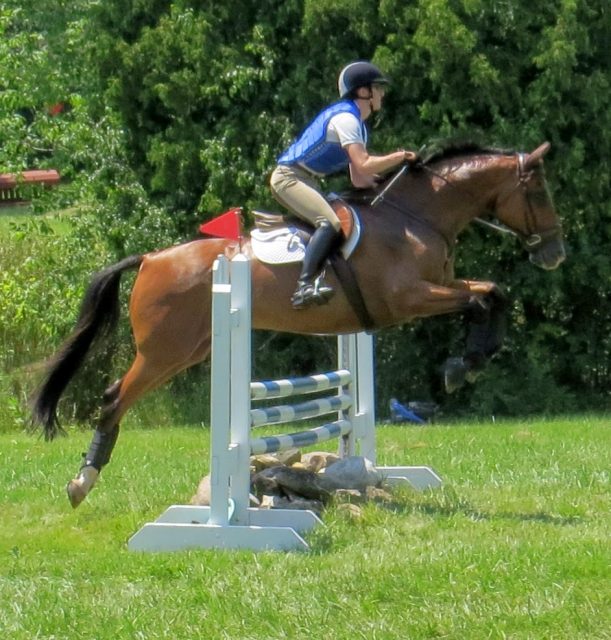 It’s funny, there are so many moments in life that we can mark as the finale. The last day of school, or a job, or the last meal at a favorite restaurant that is closing. With horses, we rarely get that pleasure. If we are lucky, we get to chose the last event, we know it will be their final time with us going down centerline. They will get a retirement ceremony, either a large one, or a private one where we stuff them full or carrots, or mints, or bananas, and wipe a tear from our eye. It seems more often though, that we cling to the idea that they may do more, we get to the end of a season thinking there will be another and then winter takes their youth and spring doesn’t return it. We can still ride them though, and maybe hack, or work on the flat, or canter them around on the days they feel spritely. It gives us an extension on the final date. It allows us to get used to the idea of it being the end of their career. To cozy up to the knowledge that the horse we love deserves a field and a shed more than a saddle fitter and new shoes

This spring, I was planning my fall competitions. My old man had an extended break due to his naughtiness and my pregnancy, but I finally had him back in shape. I was ready to get some lessons, take him cross country schooling at the new course in town, maybe finally aim for that medal I’ve been talking about for five years. He was going beautifully. He was having fun again, and looking forward to our rides with his sharp ears hard forward and his white eye rolling. Then the nose bleeds started. A couple at first, but we loaded up to go to Cornell to make sure there wasn’t anything seriously nasty going on. Three visits and four weeks later they still weren’t sure what was going on, or really how to stop them. I was getting sprayed with blood almost every time I rode, and finding puddles in the aisle where he hangs his head out to gossip with his girls. So I called Dr. Keane, my go to when I’m in a pinch vet wise. Thank goodness for Dr. Keane, who had some good advice and a couple things to try. (The poor man, I bet he didn’t know when he hired me all those years ago that he would be stuck answering random vet questions and being sent videos and pictures 10 years later with the message “help!”) However, he said these words. “Cat, you must stop riding the horse.” Such simple words, such clearly good advice.

He stops bleeding, a few simple changes and vitamin additions and he was all good. Then his sheath swelled up so I couldn’t ride. No clear cause, just a hot, uncomfortable swollen sheath. Well, warm hosing, some SMZs and we had that taken care of. I got up early to ride soon after, only to find him with a nasty case of cellulitis in his hind leg. Phew, OK, steroids, SMZs, warm hosing, got that taken care of. Maybe we can enjoy the cool weather coming our way next week. Let’s get back in the tack and get in shape before the winter locks us in the indoor. 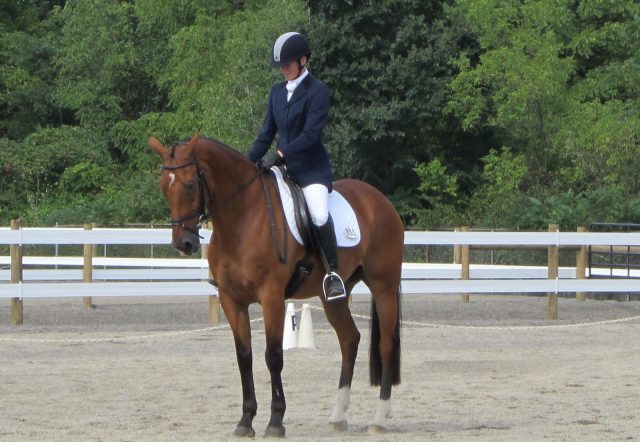 Then Thursday. I walk out to bring horses in, and see the ponies at the gate but no Nicki. He is always at the gate, he must be the first brought in every day, since he is the king. So I bring the ponies in and walk back out. Still no Nicki. My heart sinks a bit, I had seen him grazing across from the house, why wasn’t he coming up to the gate? I walk down to him, softly calling for him. He always comes to me, sometimes at a terrifying gallop daring me to play chicken. I get to him, halter him and ask him to walk. Thunk, thunk, thunk, hop. My heart stops for a second, then I calmly walk him to his stall and call my vet. Dr. Mix comes out, and thankfully says she doesn’t think he’s broken his hip, but has injured his hip rather badly. He will be on stall rest and should heal.

So we have been handgrazing, and currying, and sitting together. His quiet hand-grazes are interrupted by my daughter whizzing past bareback on her pony, by my son being dragged past us by his pony who wants to join her friend instead of go back to the barn. He handles it all with a quietness that astounds me, he should be bolting and spooking and bouncing. That’s when it hit me. He might be done. I may have put my foot in that stirrup while he marches away expecting me to stay with him for the last time. I may never get to look through those ears, so expressive and tuned in again.

At the end of the day, if that’s the case that is OK. When he came to me, I thought he would only ever be able to trail ride and maybe do light flat. Instead, we competed at Third level, did derby crosses and jumper competitions. I felt enormously thankful for every single second in the tack. I rode him through two pregnancies where he was quiet and kind to me, and didn’t through the last one where he was ridiculous and kept trying to bounce me off. I got on him two weeks after my last son was born, I just couldn’t wait one more day. I have loved every single second of time on his back.

If I’ve had my last ride on him, I will not mourn for more. I already got more than I could have ever hoped for. But I wish I had known. I wish I had been able to say goodbye to that chapter. I wish I had gotten to take him for one last canter up the hill, been able to drop my reins and let him fly, and jump the shadows, and roll his white eye back at me. If he comes sound from this injury, there may be more rides in our future. Maybe I will get my wish, to know the day our riding days are ending. To choose to retire him. I may get the chance to see those ears from the back again. All I know, is that if I do, you can bet they will be blurry.