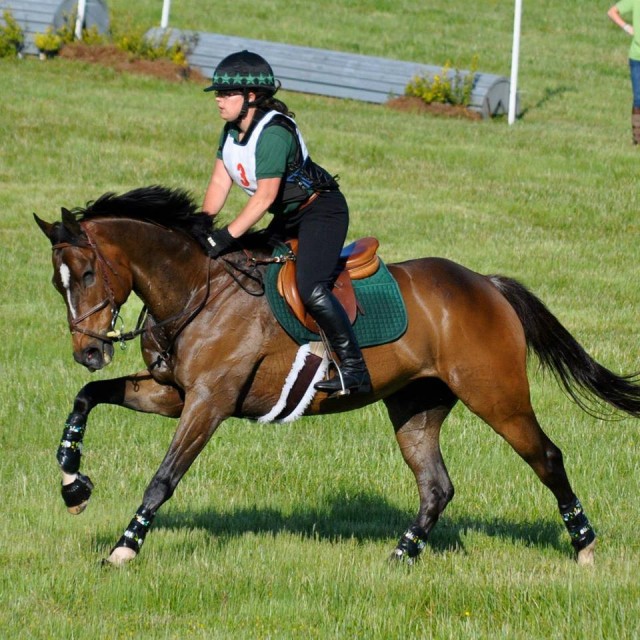 Watching Sea Pirate storm around a cross-country course, he looks every bit the part of a typical run-and-jump loving eventer. His gallop is propelled by that impenetrable Thoroughbred confidence, and his jump is pure power. He has the look of the eagles — but only in one eye.

When Catie Costa of Columbus, N.C., purchased Sea Pirate (actual Jockey Club name) almost 10 years ago, he had just come off the track. She had only been working with him for a few months when his behavior took a turn for the worse. A once confident jumper, Pirate started leering at jumps and shying away from imaginary shadows. “He went through a spooky phase — he was spooking at everything,” Catie recalls.

The diagnosis: Uveitis. He was literally going blind in his left eye and suffering a great deal of sensitivity and pain in the process. The only option was surgical removal.

Catie says that after they took the eye out, it was like Pirate breathed a sigh of relief. “All that spookiness stopped,” she says. “He was way happier, and he hardly skipped a beat. I think he had a total of two weeks off.” He had been going Novice before his eye surgery, and when Catie felt he was ready to get back out there, she cautiously entered him at Beginner Novice. “He was so mad; he just dragged me around the course — I couldn’t stop him!” Catie laughs. “So I was like, I guess we’ve got to move back up.” 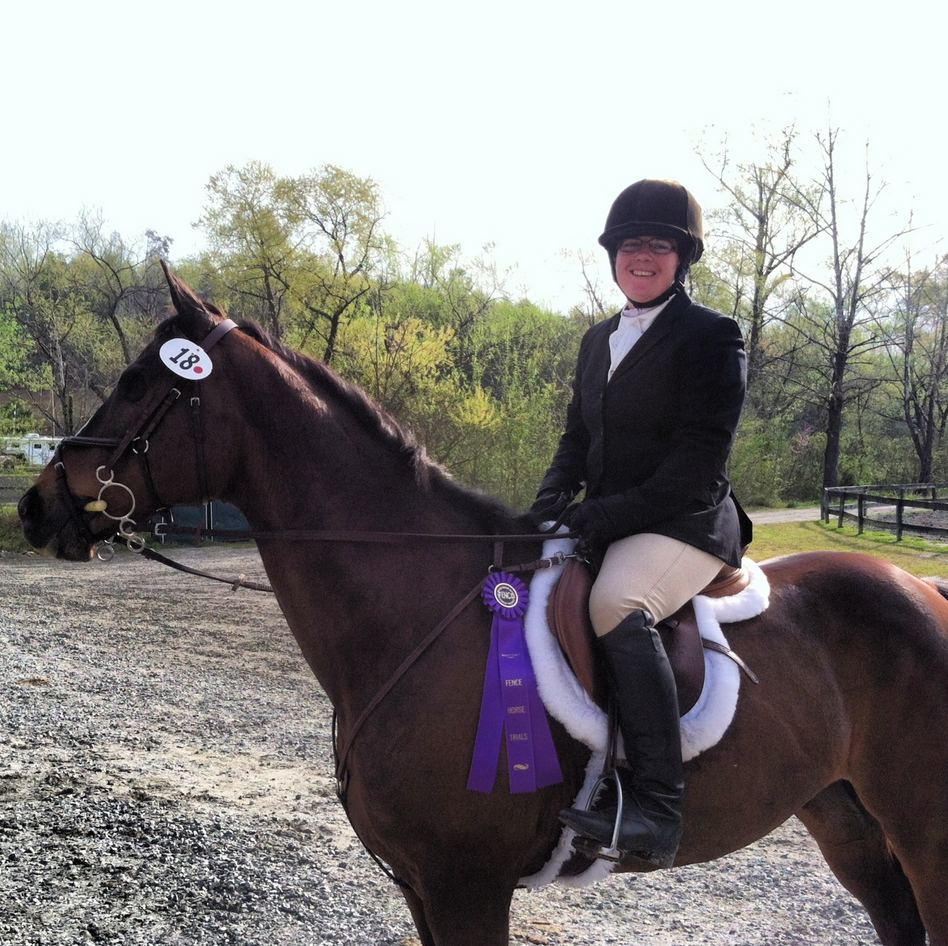 Catie and Pirate at FENCE H.T. Photo by Leslie Wylie.

Since then, Catie and Pirate haven’t had a single cross-country jumping penalty. “On cross-country, he’s like, ‘Let me at it!'” Catie says. “As long as I keep my leg on and ride forward, he’s great.” There are only a few instances when his disability comes into play — drops being the biggest one as he sometimes needs an extra split-second to read the question. She also makes sure to turn a little wider if a jump is coming up on the left and to really set him up when jumping from light into dark. And dressage can be a little tricky: “That’s the hardest, I think,” Catie says. “When he gets going to the left in the little ring he’s like, ‘Where am I?'”

After logging many miles at Training, last spring Catie and her trainer Amy Barrington decided that Pirate was ready for a move-up. They’ve been careful about it, choosing soft courses the pair has had the opportunity to school beforehand and mixing in some Trainings to keep Pirate’s confidence up. “I’d never done Prelim before Pirate, so we’re both learning,” Catie says. She describes last weekend’s FENCE H.T., with its big tables and serious technical questions, as their first “real” Prelim. They collected a few time penalties cross-country but jumped clean in both jumping phases to finish 7th in their division. Their next stop will be Windridge H.T. in May.

The extraordinary amount of trust that Catie and Pirate share is obvious to anyone who watches them go, but to Catie, their partnership just seems normal. “I’ve had him for so long, I sometimes forget,” Catie says. “He’s just awesome.”