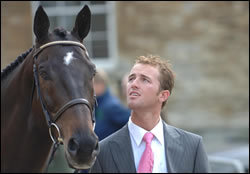 Will Faudree and Antigua at Badminton

Every horse that we ride has a lot to teach us.  The longer we ride, the more we can pick out skills that specific horses have taught us along the way.  However, there is always one horse that starts it all for us.  The one that teaches about riding and makes us into the rider we are today.  This new series is going to tell the stories of the horses that started it all.  This week, I got to chat with Will Faudree about his amazing horse, Antigua.  All photos are provided by Will Faudree and used with his permission.

In 2001, a year after graduating high school, Will Faudree picked up and moved to the East Coast to live, work, and ride for Phillip Dutton.  He had already brought along some OTTB’s himself through the two star and Advanced levels, but he was ready to take it to the big time.  A week or so after arriving, Phillip told Will and his parents that if Will wanted to ride at the 4* level and make it on the map, he needed to get another horse.  The horse didn’t have to be super fancy in the dressage or the best show jumper in the world. They wanted a horse that was incredible on the cross country. Enter Antigua. 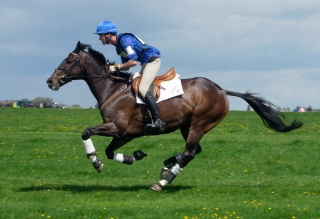 Will and Antigua galloping at Badminton

Will traveled to Australia to try Antigua, or Brad, and he felt that Brad had what it took to be a good match.  Brad was 11 going on 12, and he had already done a 4* in Australia.  Moving on to Brad was a new and different experience for Will, as he never pulled on XC.  Will states, “I had brought a horse up to the Advanced level, but I think we scared people on XC more than anything. It is impossible to make the time at the upper levels on a horse that pulls, because you are constantly fighting them.” 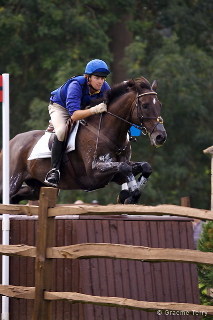 Will and Antigua showing their XC prowess at Burghley

One of Will’s fondest memories of riding Brad came in 2005 at Badminton:

Brad taught Will so many things:  how to be competitive, how to win, patience.  However, Will says the biggest thing that Brad taught him is work ethic.  Every day that Will got on him, he marched away from the mounting block with purpose and ready to take on the task of the day.  Brad loved his job.  He did Rolex at age 19 because he wanted to be there. 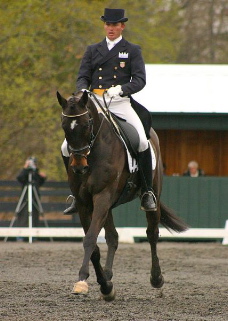 Will and Antigua showing off their moves at The Fork

After the WEG in 2006, Will met Karen Stives for the first time at a party.  Karen said to him of Brad, “Don’t expect the next one to fill his shoes,” and walked away.  Will said that was one of the most important things that he has learned.  Every horse is different, and to think that any horse could ever fit in Brad’s shoes would just be ridiculous. 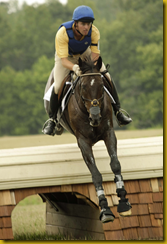 Will and Antigua at the 2008 Mandatory Outing

Brad is 24 years old now and will live out his life with Will.  Just the other day, Will rode him for fun and jumped him over a skinny barrel.  He jumped it like it was nothing.  Will says, “If that horse had had a WFP or Andrew Nicholson, who knows what he could have done, but what he did for me, was put me on the path to becoming one of those names.  I wouldn’t be where I am without him.  I am forever indebted to him.”