Every horse that we ride has a lot to teach us.  The longer we ride, the more we can pick out skills that specific horses have taught us along the way.  However, there is always one horse that starts it all for us.  The one that teaches about riding and makes us into the rider we are today.  This new series is going to tell the stories of the horses that started it all.  This week, I got to chat with Josh Barnacle about his first Advanced horse, Florestan du Serin.  Photos are used with Josh’s permission. 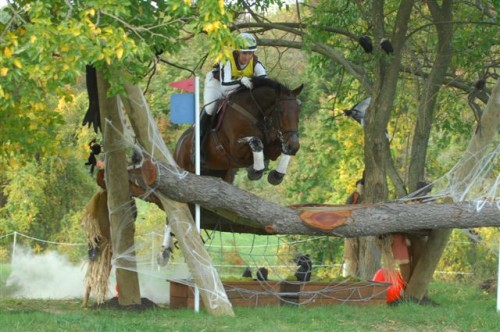 Californian Josh Barnacle’s aunt, Janet White, was his long time supporter and horse owner.  Thanks to her help, Josh acquired Florestan du Serin from a pig farm in France.  Flo Flo, as he was lovingly called, helped Josh complete his first Advanced at the age of 17.  This big French horse didn’t look the part of an event horse as he stood in the field, but he ate up cross country courses like they were nothing. 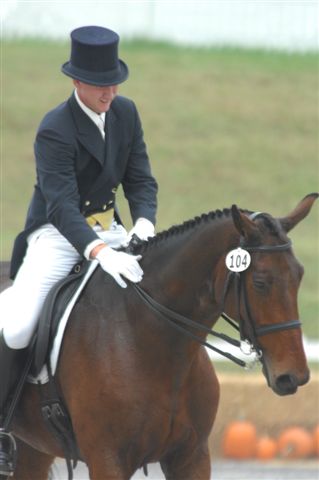 At 15, Josh and his aunt Janet set off to France on a whirlwind horse shopping trip.  They saw many horses during their trip, but the big bay in Sebastian Chemin’s field caught their eye.  At 9 years old, Flo Flo was older than they wanted, but there was just something about this 17.1 hand horse that caught their eye.  He hadn’t done much in France besides some jumper shows, but Flo would prove to be a cross country horse to be reckoned with.

Upon his arrival in the states, Josh set to work with his then coach, Yves Sauvignon, to get Flo ready to event.  They did their first Training level event together at OakRidge Training Stables.  Flo had a beautiful, floaty trot that was jaw dropping, and though his canter wasn’t quite as breathtaking, he still managed to eat up a cross country course.  That summer, Josh and Flo moved up to Prelim at Woodside.   Janet White had to say of Flo:

“The first glimpse of a creature in love with xc presented itself-not on the xc course but on an unruly hand walk around the property. Getting his first glimpse of the xc course, he puffed up bigger than his 17.1 self and just ignored any human around him. As each event came and was completed, and the jumps got bigger and increasingly difficulty, Flo became harder to handle on the ground at the shows. So began our search for places to walk him on the competition grounds where he could not see a xc course.” 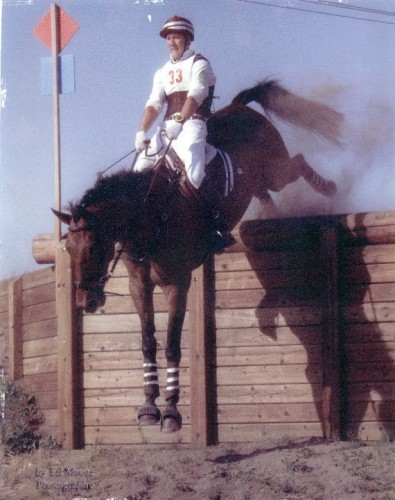 That fall, Josh and Flo did their first CCI* together at Galway Downs.  There were 60 horses in the division, and 15 year old Josh and Flo finished second.  That was when Josh realized what an amazing horse he had brought back from that pig field in France.

Again at OakRidge, Josh and Flo moved up to Intermediate the following spring and went on to do a CCI** at Galway.  Flo and Josh were a great team and ended up moving up to Advanced at Copper Meadows.  Josh was 17, and Flo had taught him a lot.  Unfortunately, during the XC, Flo tried to bounce the one stride of the sunken road, and catapulted Josh out of the tack.  Their first Advanced outing didn’t go so well.  The next Advanced outing, however, went well, and Josh decided to come to the East Coast that fall and attempt the CCI*** at Fairhill. 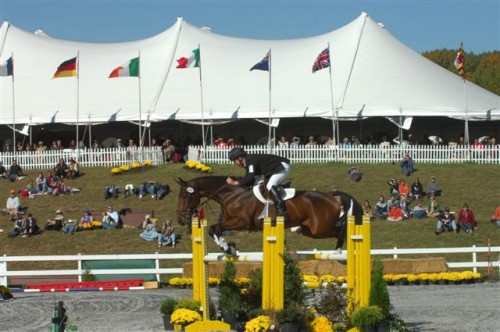 Unfortunately, during a quick trip from the farm in the East Coast to go somewhere close, Flo ended up over the divider in the horse trailer, fracturing both splint bones on a hind leg and causing a lot of trauma to his hind end.  Disheartened, Josh and Flo made the trip back to California where Flo had both splint bones removed and began the road back to health.

Flo’s career was riddled with injury.  He seemed to be pretty accident prone, and for a big warmblood, the injuries really ate into his conditioning program.  He was a tough guy, though, and he always seemed to pull through things.  Tendon lesions, open wounds, fractured bones all seemed to make an appearance in his career, but Flo kept coming back and wanting to continue his career. 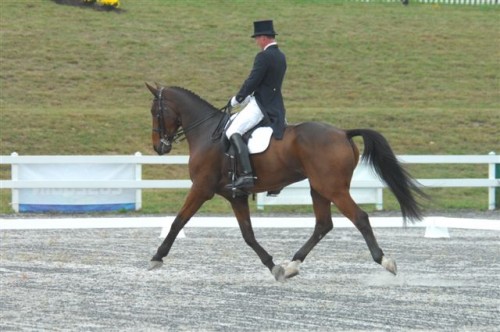 In 2005, after his trailer debacle, he went on to complete 4 events and win the last long format CCI** in the US.  After that, there was more time off and ups and downs.  Finally, in 2008, Flo was back in action and the goal was to shoot for Fairhill.  This time, after many more ups and downs, they finally made it.  Flo finished 29th out of a huge field, and Josh finally got to complete his first CCI***.

Flo is retired from upper level competition.  He took a few young riders around, and actually won the JYOP with a young rider last summer at Woodside.  He hangs out at Janet’s place and loves life.  He seems to miss being a big event horse, but he also enjoys taking Janet for hacks through the vineyards. 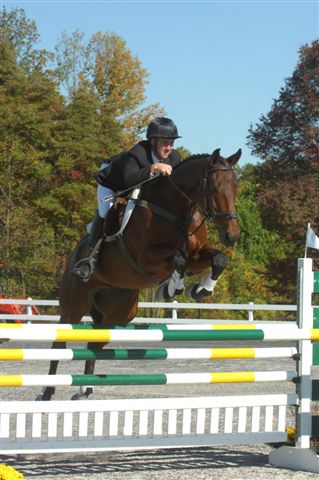 Flo taught Josh everything there is to know about upper level competition.  The ups and downs that horses tend to bring, and the bond that you share with them.  The horses become so much more forgiving of your mistakes when the bond is there.  Josh says that he learns something from every horse that he sits on, but Flo Flo taught him more than any of them.