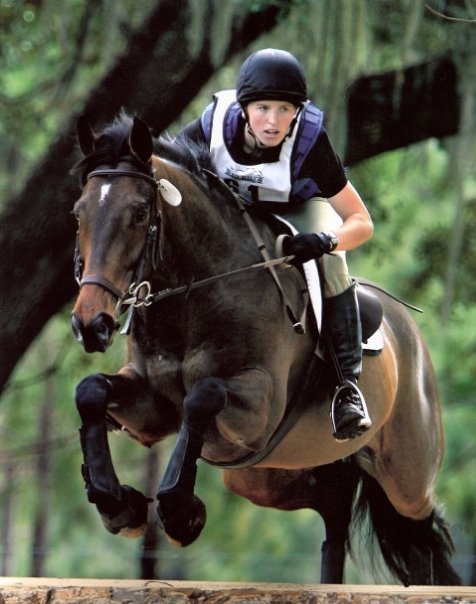 Every horse that we ride has a lot to teach us.  The longer we ride, the more we can pick out skills that specific horses have taught us along the way.  However, there is always one horse that starts it all for us.  The one that teaches about riding and makes us into the rider we are today.  This new series is going to tell the stories of the horses that started it all.  This week, I got to chat with Elisa Wallace about her first Advanced horse, Jackson.  Photos are used with Elisa’s permission.

In the fall of 2000, Elisa found an ad on the internet for a yearling TB gelding in Kansas.  The owner sent her a picture and a video, and Elisa decided that she and her mom would travel to check him out.  Her father, Rick, was not happy about her getting a yearling, as she had just graduated from high school and was moving on to college.  He was sure that she would not have time to bring along a youngster.  He would later eat his words. 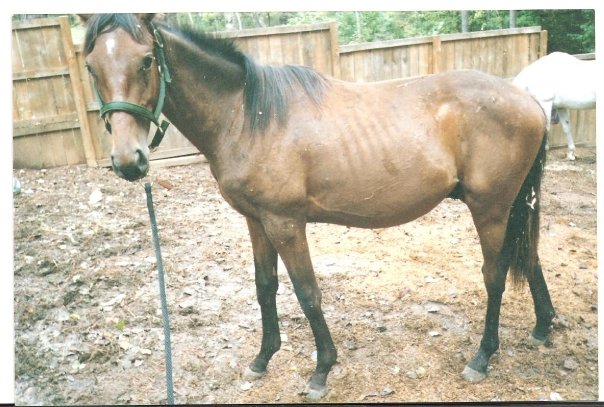 Jackson as a yearling, Elisa says, "He was scrawny and hairy, but there was just something about him that I knew I wanted."

Elisa had always been the trainer’s kid taking over horses of her father’s, so paying $700 for a yearling from Kansas was quite a big deal for her.  She took things very slowly with Jackson as she brought him along.  She didn’t start jumping him until he was 5 years old.  They did 6 Novices before moving up to Training and 4 Trainings before moving up to Prelim.  Once they hit Prelim, they did the minimums to keep moving along.  When Jackson got it, he was on a roll.  The harder the questions, the more he loved it.  He was a horse that loved his job and knew how to do it.  His scope was untouchable, and he never found anything difficult.

In 2006, Elisa and Jackson did their first CIC*** at Maui Jim as a qualifier for their fall CCI***.  Elisa just wanted to get a qualifying result, but they ended up winning it.   Jackson was always in the top 10 after dressage and usually ended up in the top 5 at most events but bringing home the blue from their first three star was pretty awe inspiring.

That fall, Elisa and Jackson set off for Fairhill.  They were in the top 15 after dressage and Jackson cruised around the XC like it was cake.  Unfortunately, during his round, he pulled a tendon, and Elisa had to withdraw him before show jumping.  Disappointed, Elisa took him home to rehab.  The following spring, he was back and feeling better than ever.  They had made the Developing Riders List and were set to travel to Jersey Fresh for the Pan Am Selection Trials.  They had a great weekend and finished up 18th.  The vets were thrilled with how well Jackson’s tendon was coming along.

With the selectors eyes on them, Elisa decided to shoot for Blenheim that fall.  In the lead up, they were to run Advanced at the ever popular Millbrook HT.  They were first after the dressage and put in a great XC round, though they took it slow due to the boggy footing.  In the show jumping warm-up, Elisa thought Jackson felt a bit odd, but she wasn’t sure if it was the footing or not.  He went in to jump a double clear round and jigged back to the barn, so she didn’t worry further.  They ended up 4th in the Advanced division.

Unfortunately, the next morning, Jackson was just not right when she brought him out of his stall.  Once again, Elisa made the trek home with a feeling of dread.  Her vet scanned the leg and could not find anything wrong.  However, after an MRI, it was found that Jackson had torn the deep digital flexor tendon to his hoof.  This all happened a week before they were supposed to leave for Blenheim.  Elisa was beyond disappointed.  Unfortunately, a month later, her other Advanced horse injured herself as well.  This put both of Elisa’s big horses into retirement.  This sport can truly be gut wrenching at times. 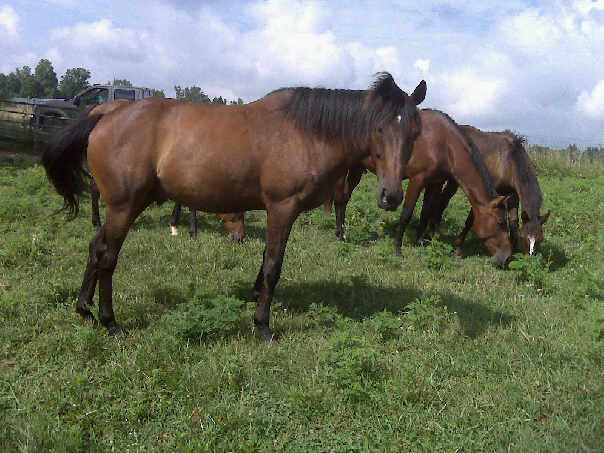 Jackson taught Elisa about a lot of things: patience, disappointment, the thrill of going Advanced on an amazing horse.  However, what he taught her most was how to manage her horses’ injuries.  Hindsight is always 20/20, but she says that the trick to having an Advanced horse is learning how to keep them sound.

It was great talking to Elisa about her special, once in a lifetime horse.  Her love for Jackson was very evident in everything that she said, and it sounds like a partnership that was truly amazing.