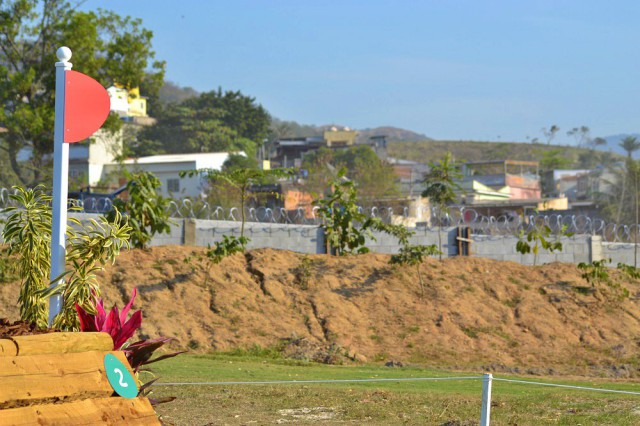 Going to the Olympics is kind of a big deal. Whether you’re an athlete, a journalist, an owner or connected in some other way to these magnificent animals that compete in equestrian sport, the Olympic Games are the crème de la crème.

Once I decided not to pursue riding professionally, covering the Olympics as a journalist became the next best thing. I quit a respectable job as a magazine editor back in 2012 to work for Eventing Nation with one goal in mind: get to the Olympics.

After enduring an eight-month long application process throughout 2014 and 2015, I finally received the good news last May that EN had been awarded Olympic accreditation.

It was one of the proudest moments of my professional career to date. Then I started hearing the sobering news that some members of the equestrian media were voluntarily electing not to go to Rio.

It’s not exactly difficult to understand why: an outbreak of the Zika virus, which is believed to be linked to high rates of birth defects; water contaminated with raw sewage; political unrest; high crime rates; unfinished roads and venues; and questions of whether the Games should still be held in Rio at all.

Leslie Wylie, who laughs in the face of danger (she’s riding with the legendary Ledbury Hunt this weekend), covered the Olympic test event for EN last August. Even she had reservations after being evacuated from the media center when a local drug lord named Playboy was shot and killed, spurring concerns about retaliatory gang violence and riots in the nearby favelas, or slums.

The U.S. Olympic Committee has now denied that it suggested athletes and anyone who fears the Zika virus should stay home, but those reports raised the question many are now asking out loud: Is it safe to go to Rio for the Olympics?

Forbes went so far as to call for the cancellation of the Games last week, saying, among other things, that “media organizations need to think (about) putting safety ahead of their bottom lines.”

But I didn’t fight to get to Rio only to stay home now.

I don’t care if I have to wear a full body mosquito suit every day I’m there. I will battle bugs, drug lords and whatever else Rio throws my way to bring EN readers every possible detail about Team USA’s quest to get back on the Olympic podium.

I’m determined to make the best of it. I’m also lucky to have many fellow members of the media who will be there by my side, like Pippa Kyle, eventing editor for Horse & Hound, and Lindsay Berreth, who will be reporting for The Chronicle of the Horse at her first Olympics.

When I posted this story on Facebook yesterday, veteran reporter Jane Thompson replied, “We will have SUCH an adventure! There’s always lots of beat up before every Games. I’m being optimistic and am convinced it will turn out alright, or if it doesn’t, we’ll have some great stories to tell!”

That’s the spirit, right? Just as eventers always stick together, so do journalists and photographers.

At the very least, I’ll have enough #EventerProblems to fill a novel by the time I get home. So come along with me on this journey, EN. I’ll be writing my Rio Diaries throughout the year as we count down the days to the Olympic Games.

In the meantime, can anyone help me find mosquito spray that’s safe for chinchillas?