It all started a couple months ago when a friend posited the classic ice-breaker question, “If you could have lunch with anyone in the world, who would it be?”

Bypassing all sensible responses — the President, the Pope, Peyton Manning — I skipped straight to a personage whom I knew virtually nothing about: The Lady Martha Sitwell.

Ever since we ran this photograph of Martha … 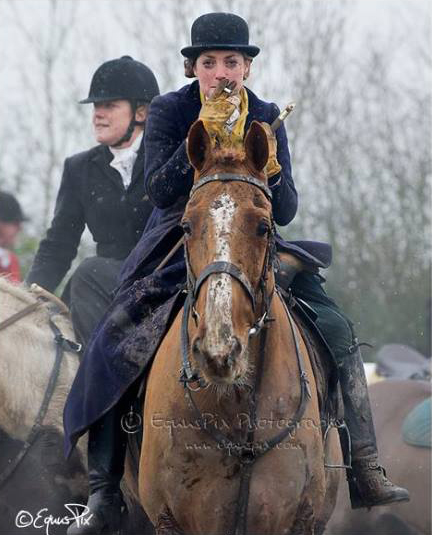 … in a 2013 Horse Nation story about sidesaddle foxhunting (“The Craic Heard Round the World“), I’ve been transfixed. Who was this woman who, despite being mud-splattered, mascara-smeared and soaked to the bone by icy Irish rain, could manage such a simultaneously cool yet hot-blooded stare?

Facts I managed to gather about her via some hard Googling:

The former face of Royal Ascot, Martha has put the camera’s love affair with her to good use as a model. She’s also the founder of habit-design company Sitwell and Whippet. 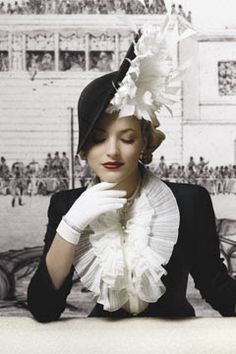 Martha married Baronet Sir George Sitwell in 2007, hence the “Lady” prefix, but they’ve since separated. Does that make her royalty, still? I’ll have to ask, but in my opinion royalty is a state of mind, and I’d err on the side of yes.

[Correction! A couple readers pointed out that the correct word is “nobility.” My knowledge of “royalty” is mostly derived from stalking Kate Middleton in the tabloids, Disney movies and that Lorde song, so forgive me for the mix-up.] 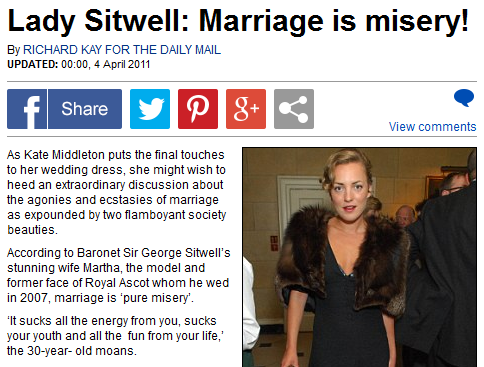 A tabloid rag like ‘The Daily Mail’ is hardly a credible news source but you have to respect a woman who speaks her mind!

From tackling massive fences in the hunt field to plotting a 500-mile trek across Mongolia sidesaddle to honor her sister’s memory, Martha’s bravery toward life seems rivaled only by her fearlessness in the tack.

This past Christmas Eve an idea began flapping its wings wildly inside my head. My husband Tommy and I were planning a trip to the UK and Ireland — Dublin to Liverpool to London — in February. What if, should the stars align, I could track down Martha for an interview?

Considering Martha’s jet-set schedule it seemed highly unlikely but, even if we couldn’t work out a face-to-face meeting, a long-distance interview would have been satiating. All I wanted was the opportunity to ask her: Whereas so many of us canter politely toward life’s obstacles, what is it that spurs you to gallop at them full-tilt?

Emboldened by a glass or five of champagne I sent Martha a Facebook message, giving her the dates I’d be on her side of the pond should she happen to be available. Much to my surprise, she messaged me back almost immediately:

Ledbury Hunt is legendary — and legendarily terrifying. We’ve posted several helmet cam videos from Ledbury on EN before, most recently this one of eventer Alice Pearson taking a hard tumble upon landing from one of the “meaty hedges” Martha mentioned.

Perhaps I should have hesitated in my response. I grew up foxhunting nearly every weekend but, as my event horse string grew increasingly fragile of mind and body, I long ago slipped out of the habit.

Not to mention it’s been a hot minute since I’ve jumped a substantial obstacle. I retired my horse from upper-level competition about a year and a half ago when he began saying “no, because it hurts” to the big fences, then with great sadness relegated him to full-on pasture ornament status this past December.

But sometimes in life, there is only one acceptable answer, and that answer is YES.

One thing led to another, which led to me to extending my trip a week to take Martha up on her generous offer, which expanded to include not one but two hunts and, to cap the weekend off, a swanky hunt ball. (At least I’ve kept my party skills well-polished!) All of which culminates in me sitting alone in this London hotel room, husband safely back in the States, suitcase packed for a train into the countryside tomorrow afternoon.