In this excerpt from her book It’s Not Just About the Ribbons, master of motivation Jane Savoie tells us how to go ahead and be discouraged sometimes—just don’t ever give up. 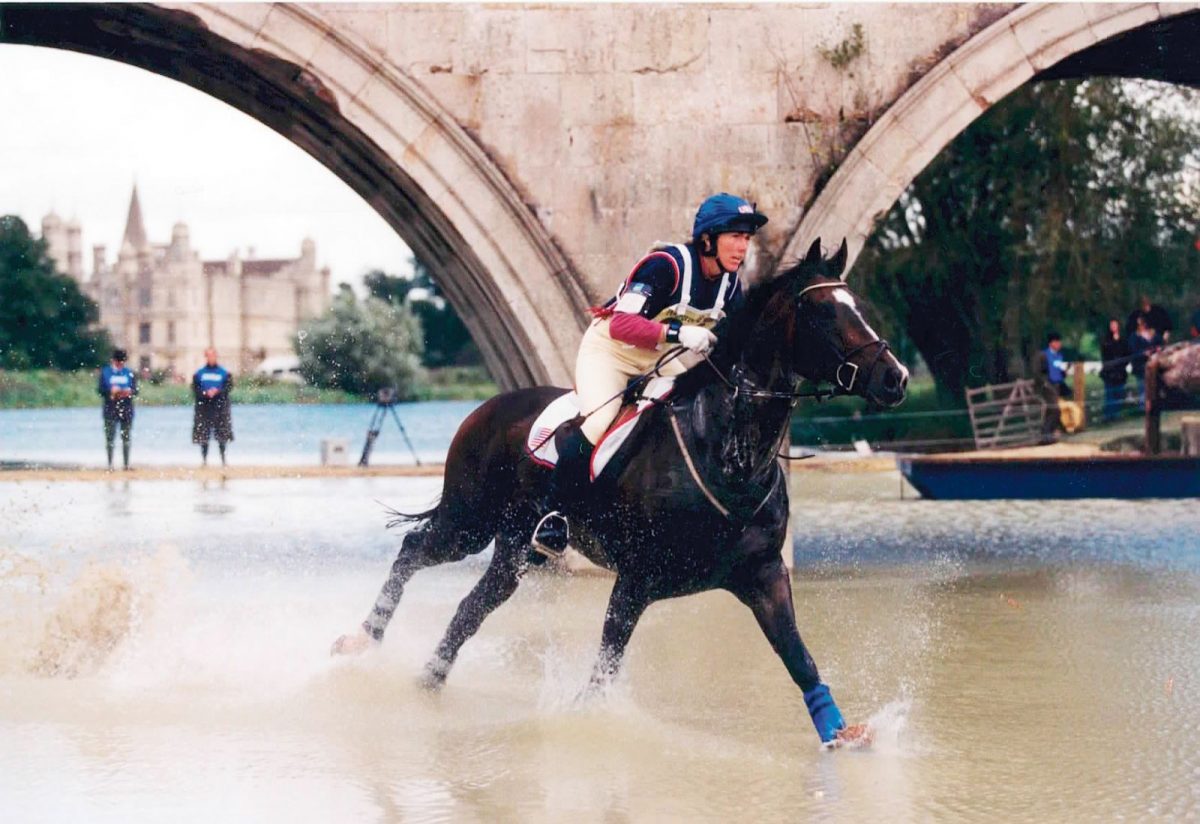 Kerry Milliken on Out and About at the Burghley Horse Trials, in England, 1997. Photo by Brant Gamma.

At one time or another, you’re going to get discouraged about your riding. This might happen when you think you’re just not making any progress. You feel like you’re taking two steps forward and three steps back. Maybe it happens when either you or your horse are sidelined with an injury. Perhaps you get discouraged because your horse is so good at home, but he’s inattentive or disobedient when away.

Your reactions are perfectly normal, and it’s fine to be discouraged for the moment. The problem only exists if you stay that way. The antidote to “getting stuck there” is to be resilient.

Resilience is an important quality in every area of life but it seems particularly necessary if you’re going to survive in the horse business. How many times have you been chugging along, smoothly working toward a goal, and then you show up at the barn and discover your horse is lame and needs a month off? How many times have you been in the top placing at a horse trial only to have a rail down in stadium and get knocked out of the ribbons? How many times have you felt like quitting because you’re riding so badly? At times like these, your resilience—your bounce-back ability—will help you stay optimistic and ready to soldier on.

It really doesn’t matter what the challenge is. You can get knocked down in any area of your life as you pursue your goals. But getting knocked down doesn’t matter. You never truly fail unless you quit. And if you’re resilient, you’ll be able to bounce back after disappointment and stay in the game.

What gives some people the ability to bounce back after a huge disappointment while others quit and run home with their tails between their legs? Denny Emerson thinks it boils down to several factors that add up to this quality we call resilience. It all starts with having a fire in your belly. He explained to me:

“First, you have to be filled with a burning desire. You absolutely have to want to reach your goals so badly that you will do any task, make any change, work twice as hard as the next guy, and even suffer physical discomfort to succeed.

“Secondly, you have to have an unshakable belief in yourself. Look at Kerry Milliken, a highly successful three-day event rider who competed for the U.S. She had H.M.S. Dash and The Pirate and she was on top of the world. Then she disappeared for ten years. But eventually she came back with Out and About. It was ten long years between those horses, but Kerry never quit thinking that she was a great rider.

“Winners like Kerry see themselves as successful. Disappointments are just temporary setbacks. Setbacks don’t defeat them. As a matter of fact, setbacks often motivate them because they annoy them or even make them angry.”

Making a decision and committing yourself to your goal and boldness are other factors in resilience. Denny added:

“Until there is decision, there is always hesitancy—the chance to draw back. The moment that one commits, however, all sorts of unforeseen things come along to support your decision. Things that you never would have dreamed of start to happen.

“I have earned a deep respect for one of Goethe’s couplets, ‘Whatever you can do or dream you can, begin it. Boldness has genius, power, and magic in it.’ A lot of the people who keep coming back for more are very bold. I don’t mean bold in the sense of the word that they would drive a race car, but bold in the sense that they’re going to get what they want. They’re going to do whatever it takes to succeed and when they get knocked down, well, that’s just a step back.

“Boldness enables you to be resilient because you dare to take a risk and perhaps fail. But, you see, resilient people don’t equate failing with being a failure. Failing is just a screw-up in the road. It’s a temporary aberration from your goal.

“In fact, failing can be a positive glitch because it gives you necessary feedback. When something doesn’t work for me, I don’t think of it as ultimate failure. I think, ‘I’ve screwed up and I’d better not do that again. I’d better go take some lessons and learn how to do this or that.’ I think of it as merely a temporary obstacle and I just keep on plugging.

“I tell the kids I teach that they have to be persistent. I say, ‘If you try, if you study and plug, I cannot guarantee in any way that you’ll succeed. But I can tell you this for sure. If you don’t, I can guarantee that you won’t.’”

This excerpt from It’s Not Just About the Ribbons by Jane Savoie is adapted and reprinted with permission from Trafalgar Square Books (www.horseandriderbooks.com). You can also download the audiobook, read by Jane herself!, here. 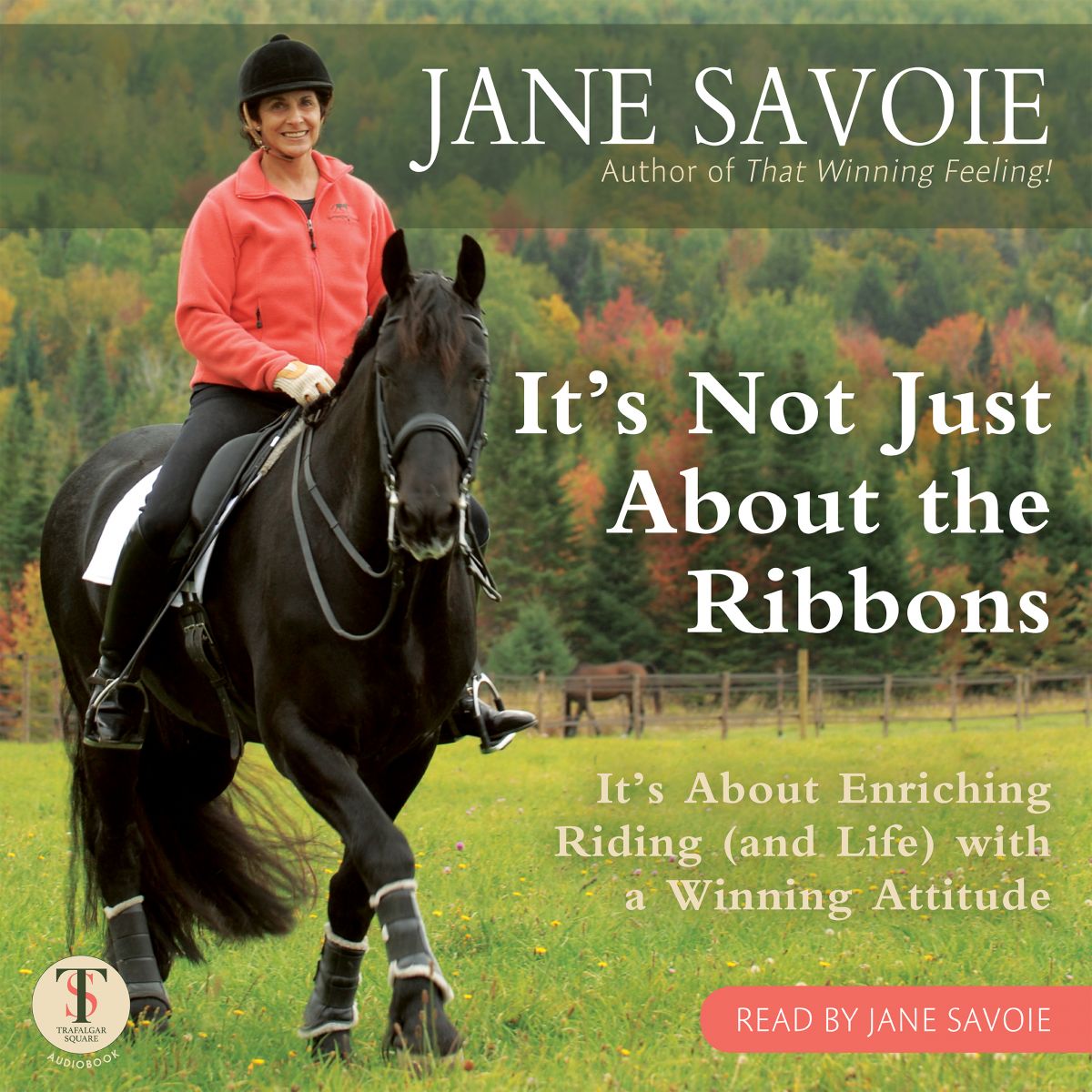