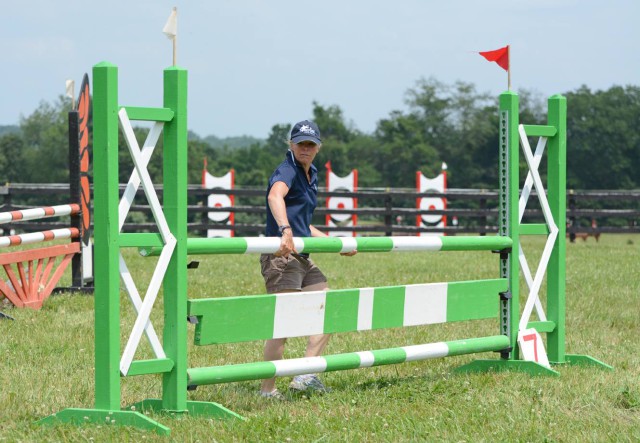 We’re fairly accustomed to our top riders competing multiple horses at one show, but it’s unusual for competitors to be entered at two sanctioned horse trials on the same weekend.

Jan Byyny and Tom Finnen’s 300-acre Surefire Farm in Purcellville, Virginia is a popular summer stop for hundreds of riders. This weekend more than 300 horses are competing from Intermediate through Beginner Novice. The divisions are huge, averaging 20 or more horses per division. The lower levels are particularly well attended, with five Training divisions, five Novice divisions and three Beginner Novice divisions.

The event of course falls on the same weekend as the Land Rover Great Meadow International presented by Adequan, and together the two competitions make up “a festival of eventing in hunt country.” With tailgating and a wine and beer garden added to the list of attractions this year, spectators in town for Great Meadow were encouraged to make the short trip to enjoy the Surefire Horse Trials, where several of the same competitors would also be competing.

Jan and her team were wonderfully accommodating for the competitors who were also riding tonight at Great Meadow, particularly when the show jumping phase was moved up an hour-and-a-half to avoid incoming inclement weather, and they deserve tons of credit for their flexibility and clever scheduling. 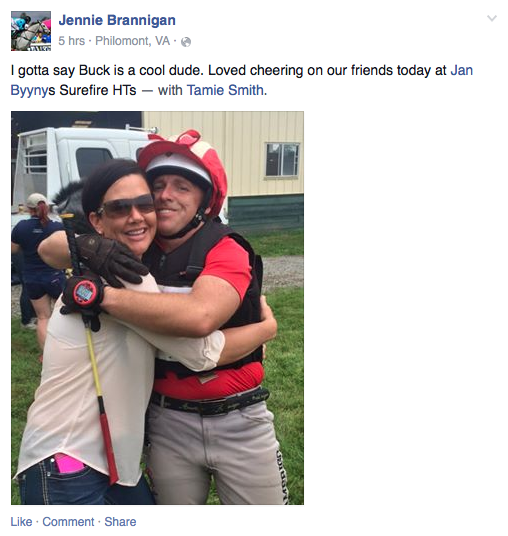 Buck, who is riding Petite Flower and Ballynoe Castle RM in the CIC3* division at Great Meadow, led the Surefire Intermediate from the start with Sherrie Martin’s The Apprentice in the Irish gelding’s first event since Rolex. Buck also finished second with Riviera and third with Bigtime Irish in the Preliminary-A division as well as third with Carlevo in Preliminary-C.

Michael Pollard is riding Pan American Games alternate Cyrano and the talented Ballingowan Pizazz at Great Meadow. Michael and Walterstown Don, owned by Jack Pollard and Christine Turner, finished on their dressage score for second in the Surefire Farm Intermediate. Michael and Heather Gillette’s Boris O’Hara were seventh in Preliminary-A.

Phillip Dutton is riding USEF Four-Star National Champion and Fernhill Cubalawn as well as Fernhill Fugitive in the Pan Am division at Great Meadow. Both of these horses are short listed for the team; one will be a traveling alternate for the other.

Phillip’s daughter was competing alongside her dad this Father’s Day weekend. She finished fifth and ninth in Open Training-C with Santa’s Playboy and The Dude. 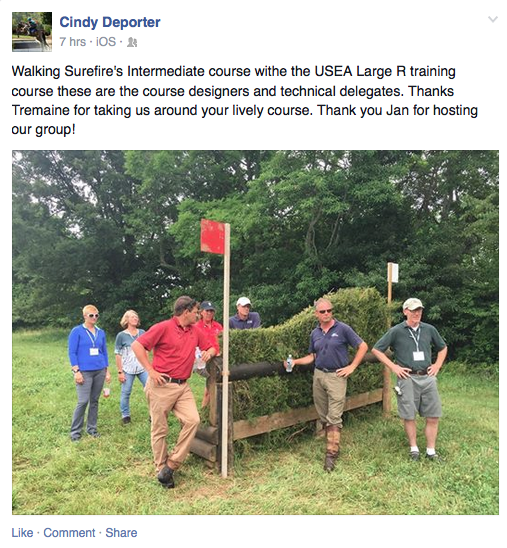 Colleen Rutledge, who has both Covert Rights and Escot 6 in the Great Meadow CIC3*, rode Cynthia McNemar and Leslie Schulz’s up-and-coming star Roulette in the Open Intermediate at Surefire and finished 14th. The 7-year-old was second at the Virginia Horse Trials CCI1* just a few weeks ago.

Guillermo de Campo is a member of the Pan American Games Mexican team with Quelite. He rode Triunfo in the Open Preliminary-C at Surefire and finished 13th.

Allison Springer is not competing at Great Meadow this weekend but she’s been busy in Purcellville so we’ve got to give her a some good rides. The lovely gray mare Copycat Chloe added 1.6 time penalties on cross country to finish sixth in Open Intermediate in her second event of the year.

We’ll have some photos from Surefire Farm coming up soon!