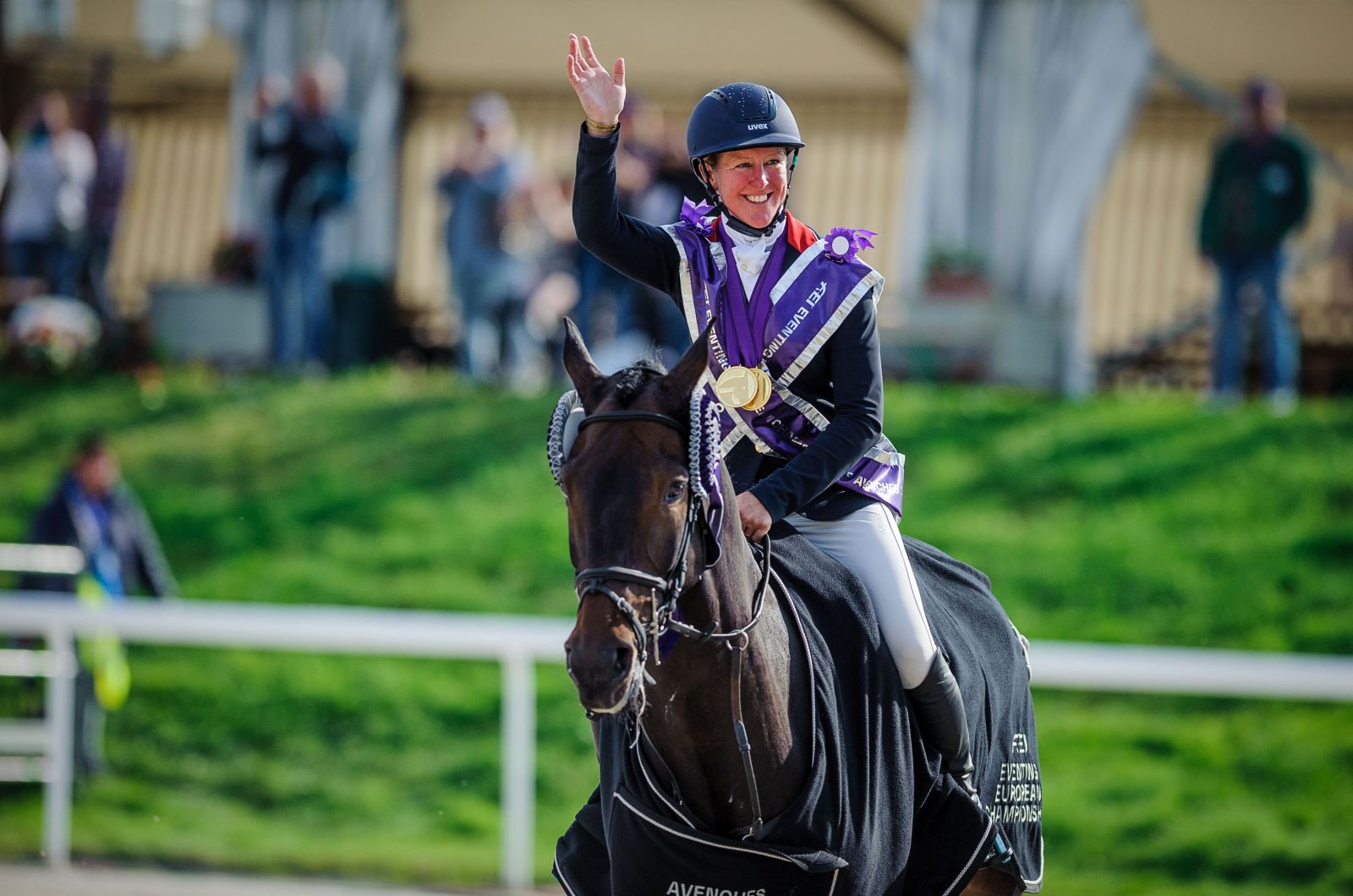 Life, these days, looks much different for Olympian and 2021 European champion Nicola Wilson.

The year had begun as one would for a top event rider, but all would change in an instant just a handful of fences from the Badminton finish line.

It had already been an intense day of sport on cross country day at Badminton, but when Nicola and her European Championships partner, JL Dublin, arrived at a right-handed corner at fence 27, it happened in an instant. Both were on the ground, and the air seemed to leave the venue. The horse rolled to his belly and stood up. His rider did not.

Nicola says the first thing she can recall now is coming to in the Badminton medical tent, just before transport to Southmead Hospital for further evaluation of a traumatic spinal injury. She would spend the next 19 days in the intensive care unit. The details of the accident remain fuzzy; as incidents like this often do, it happened in an instant, leaving little resource for understanding the how and why.

“I knew, then and there, my eventing days were over,” Nicola recalls. She speaks with a positive pragmatism, her voice devoid of pity for herself or the circumstances, full of relief and gratitude that her horse was unharmed in the fall. While I listen, I am calling to mind the image of the accident from my view on the live stream, feeling my stomach clench like it was happening again. I feel silly. Here I am, talking to the woman who survived what I simply watched from thousands of miles away.

“I was surprised that I wasn’t panicking about not being able to feel, and how accepting I was of that,” Nicola continues. “And I suppose my main thought at that point was to try to recover and be as functional as I can. I just hoped that I could have a quality of life and earn an income and live a lovely life. That suddenly became my main focus, and everything else, I suppose, sort of goes into insignificance.”

A long road lay ahead for Nicola, 46, who sustained multiple spinal fractures as well as a condition called Central Core Syndrome that resulted in loss of sensation and movement in her extremities. After release from the ICU, Nicola was transferred from Southmead Hospital to the spinal rehabilitation unit at The James Cook University Hospital in Middlesborough, where she would continue her recovery until she was finally able to return home in mid-September. Through this period, Nicola regained use of her hands and arms and also began to walk with assistance. 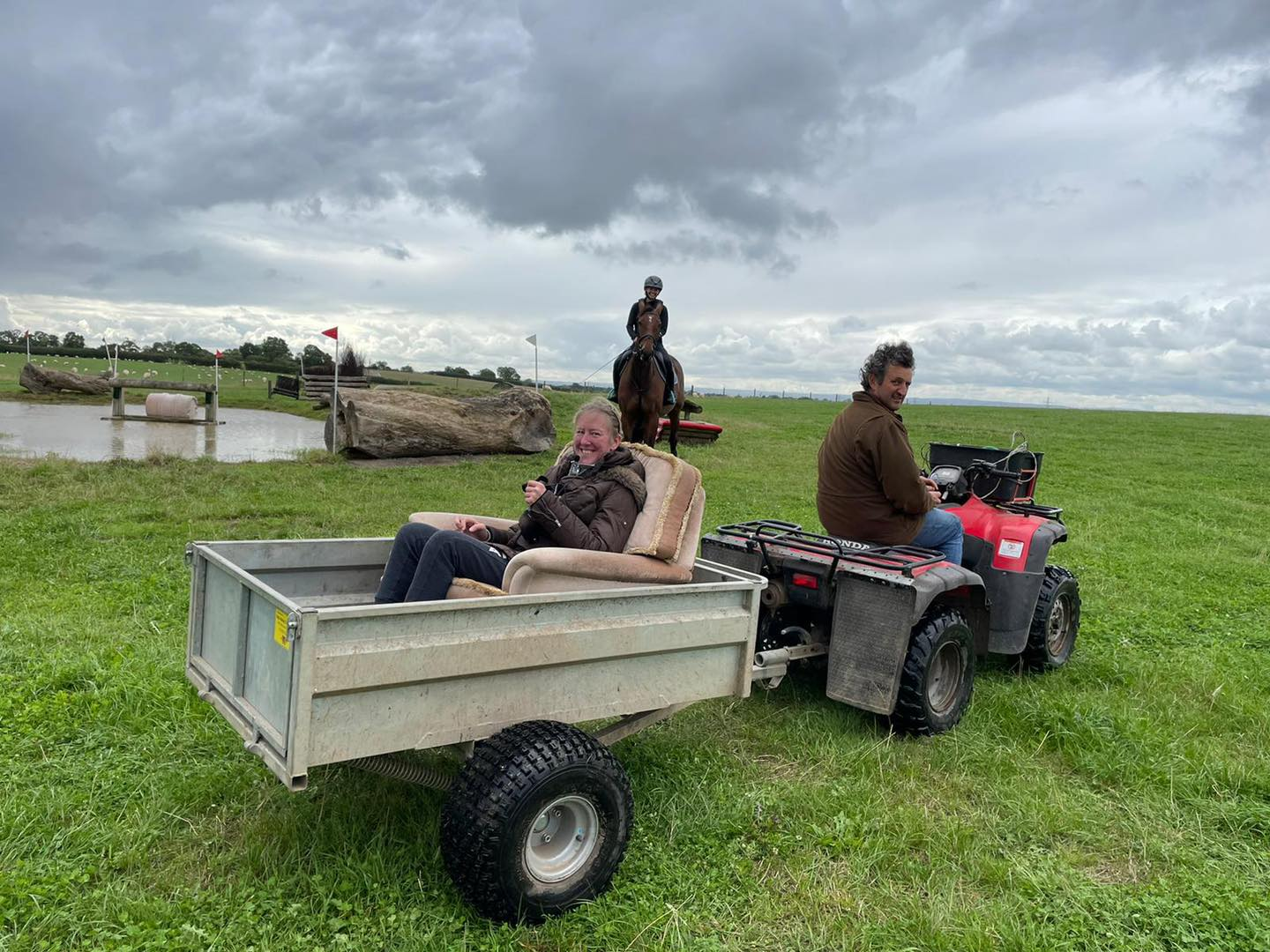 She always finds a way, and a little help from husband Alastair also goes a long way. Photo courtesy of Nicola Wilson.

In fact, just before our interview, Nicola sent me a WhatsApp message indicating she might be running slightly behind. She’d been en route from opening a new equestrian center at Craven College, an event to which she had committed at the beginning of the year.

“Of course I told them I would still be there,” she says. “If only I might need a bit of help with the scissors for cutting the ribbon!”

As Nicola eased back into life at her home yard, which she owns with her husband of 16 years, Alastair, she began to consider what would come next.

Here she was, with a purpose-built, fully functional yard that would no longer be the home of her competition horses. During her recovery, her top horses were sent to continue on with other riders: JL Dublin is now partnered with Tokyo silver medalist Tom McEwen, while rising star Coolparks Sarco has taken up with Team GB rider Piggy March, as two examples. Some of the young horses in Nicola’s program have continued on under the guidance of assistant rider Robyn Grey, but the reality Nicola’s come to accept is that her yard now needed to be repurposed.

From this emerged an idea. What if she were able to make her facilities – and herself – available for other riders seeking a base from which they could learn and compete in the UK with guidance from a top rider?

“My competitive career has ended due to this life-changing serious injury, but I feel fortunate that I’m in a position going forward of helping others achieve their dreams and goals, as those who have trained and helped me have done,” she explains. “We have the facilities here, and we know the system works. We can work on the flat, show jumping, and cross country. We have lots of hills for fitness work, and the stables were all purpose-built and designed for myself training horses to compete at five-star and Championships. So it seems a real shame to not use those facilities, and I would very much love to be able to mentor and coach and be as involved as people would like me to be.”

It’s not often riders seeking mentorship or apprenticeship are offered a chance to ride under the full attentions of a rider like Nicola. In most instances, you’re balancing your own training and competing with that of your coach. In this way, Nicola’s done what many may find to be unfathomable: from the end of her own career, she’s found a way to launch others’.

I ask her if this is a place she’s arrived at, mentally, over the last six months. She considers this for a moment, but her answer comes without difficulty. “It is bittersweet, but at the end of the day, I know I can’t anymore. I am in the position that I am in, and I want to make the most of that and move forward in a positive way and enjoy life rather than looking back in regret or negativity.” 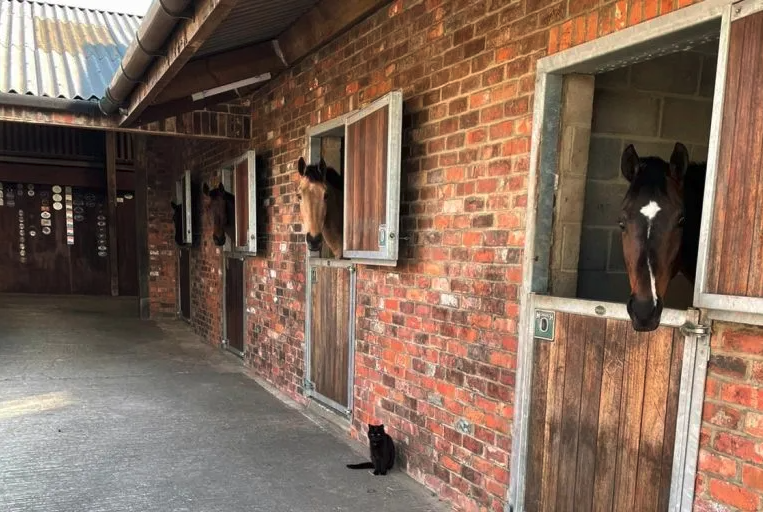 A view of some stables in Nicola’s yard. Photo courtesy of Nicola Wilson.

“I need to and want to, that’s the kind of person I am. I will move into the next chapter of my life with as much passion and determination as I did the first.”

To that end, Nicola extends this invitation to aspiring upper-level riders everywhere: come to Yorkshire, and she’ll give you everything she has.

“I know I would get a lot of satisfaction and pleasure out of it,” she muses. “It can be a difficult world, can’t it? We need the most support when things are difficult, to help move on in a positive way and hopefully on to success.”

Nicola doesn’t want pity. At this point in our conversation, my poker face has essentially been dismantled and I’ve wiped away more than a few embarrassing tears. Once more, I feel silly as she tells me not to feel sad for her. Why was I the one crying?

Nicola wants you to know she’s doing ok, and she’s getting stronger each day. And she’s ready for this new development, telling me it feels like the right next step.

“[The accident] gave me completely new perspective on life,” she says. “I suppose that was the card I was dealt. There’s no U-turn, I could do nothing about it. And I’ve always been a naturally positive person and tried to look on the bright side, so I think that helps.”

“I’m not saying life is a bed of roses,” she concludes. “But when your husband kisses you on the forehead in the grass next to the fence because he thinks you’ve gone on, and then suddenly you’re awake, and then suddenly you get a feeling and you can wiggle a finger or a toe – then you realize that what matters is what you do with this next life.”

If you’re reading this and interested in basing in Yorkshire with Nicola, please inquire directly via email at [email protected].