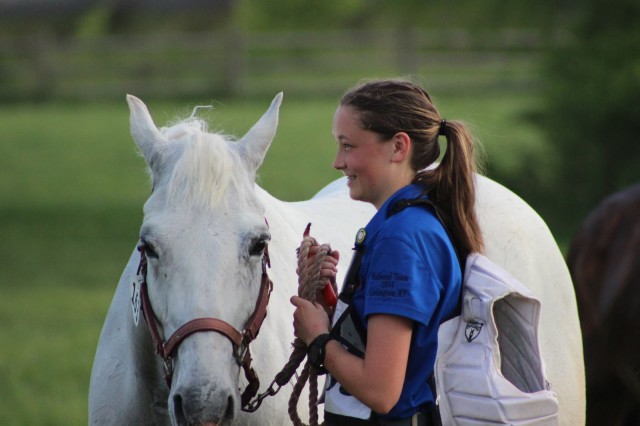 Marina and her horse at the post cross-country vet check at Plantation Field May Horse Trials. Photo courtesy of Marina O'Toole.

Attention, four-star riders: If you want to win “Best Turned Out” at Rolex next year, we’ve got your girl.

Her name is Marina O’Toole and there is reason to believe that she is to the art of horse show preparation what Doogie Houser was to medical science — a child prodigy who, despite her age, probably has it together more than you and I ever will.

Marina is a C-1 Traditional member of Huntington Valley Hunt Pony Club in the Eastern Pennsylvania region. Pony Club, with all of its type-A neurosis, is a perfect fit for the young rider from Bucks County, Pennsylvania. Exhibit A: this video she uploaded to YouTube outlining her preparations for last weekend’s Plantation Field May Horse Trials, which doubled as a qualifying Pony Club rally.

It’s about nine minutes long, so if you’re short on time, here’s the synopsis:

It was 9 o’clock in the evening and Marina was fresh off a five-hour stint of obsessive-compulsive cleaning and packing for the show. Most kids, staring down the barrel of a crack-of-dawn wake-up call, would be calling it a day — but not Marina. She’s done a few vlogs in the past and decided to document the pre-rally experience. Why?

“I don’t really think the world understands how hard it is to prepare for a rally as opposed to preparing for a show,” she explains to the camera, underlining the statement with the sort of deep sigh and subtle eye roll that only a teenager can properly muster. “It’s just, like, killer.”

Marina is right. The world does not understand. If you have never had the “opportunity” to pack for rally, take a five-second glance at this official United States Pony Club list of required equipment.

The philosophy is sound: Whether at home or away, there will always be surprises with horses and we as owners must be prepared for anything. But this list, man, it’s intense. There must be 100 items on it, not including tack and apparel, and detailed explanations of each item span an additional 30 pages. Some of the items are required per rider or mount, while some can be shared by the team. For instance, you have to have separate “face,” “body” and “dock” sponges per horse, but the team can share a fire extinguisher.

Back to Marina. Her split-second show of weariness is temporary, immediately displaced by an expression of determination and poise. Itemized checklist? Pffft. She’s got this thing in the bag.

The tour begins. First we see Marina’s outfits for each phase and between-phase laid out on the bed. From socks to her horse’s ear bonnet, everything is pressed, clean and color-coordinated. And even Marina herself is impressed with the job she did with her tall boots. “I polished them and they are crazy, crazy clean,” she says. “They are so black, it’s crazy … and I do not want them to touch my bed.”

Next we head out to the truck and trailer, which is packed and ready to go. We step inside the tack room and Marina apologizes to the camera: “I swept it out but it got a little dirty.” It’s OK, Marina. We’ll forgive you this time.

Here again, she’s thought of everything: an extra jumping bat because hers is a little on the fritz, bottles of water, various designated haynets, an organized/labeled mountain of team equipment and, of course, sparkling clean tack. She cracks a joke about the “struggles of a monoflap” and pauses to stare at her jumping bridle and breastcollar with dismay. “Can we just take a moment and realize that they’re not the same color? I’m going to have to work on that.”

Last stop is the barn, where her pony, a 14.2-hand Connemara Trakehner cross named Shaughnessy, is tucked in for the night. He is bundled up in a Baker’s sheet and is wearing a lycra hood to protect his flawless braids and snow-white coat. The game plan is to arrive at rally between 8:50 and 9 in the morning so there won’t be much time to scrub at green stains and re-do fuzzy braids.

“Are you going to do good tomorrow, baby?” Marina squeals as he looks up from his hay. “He’s gonna be so perfect.”

She scratches his nose, wishes him goodnight and flips the light off, mumbling her best Shaughnessy impression under her voice as she walks out of the barn: “He’s just like, what the frick is wrong with you?!?!“

Not surprisingly, Marina’s preparation — both in and out of the saddle — paid off. 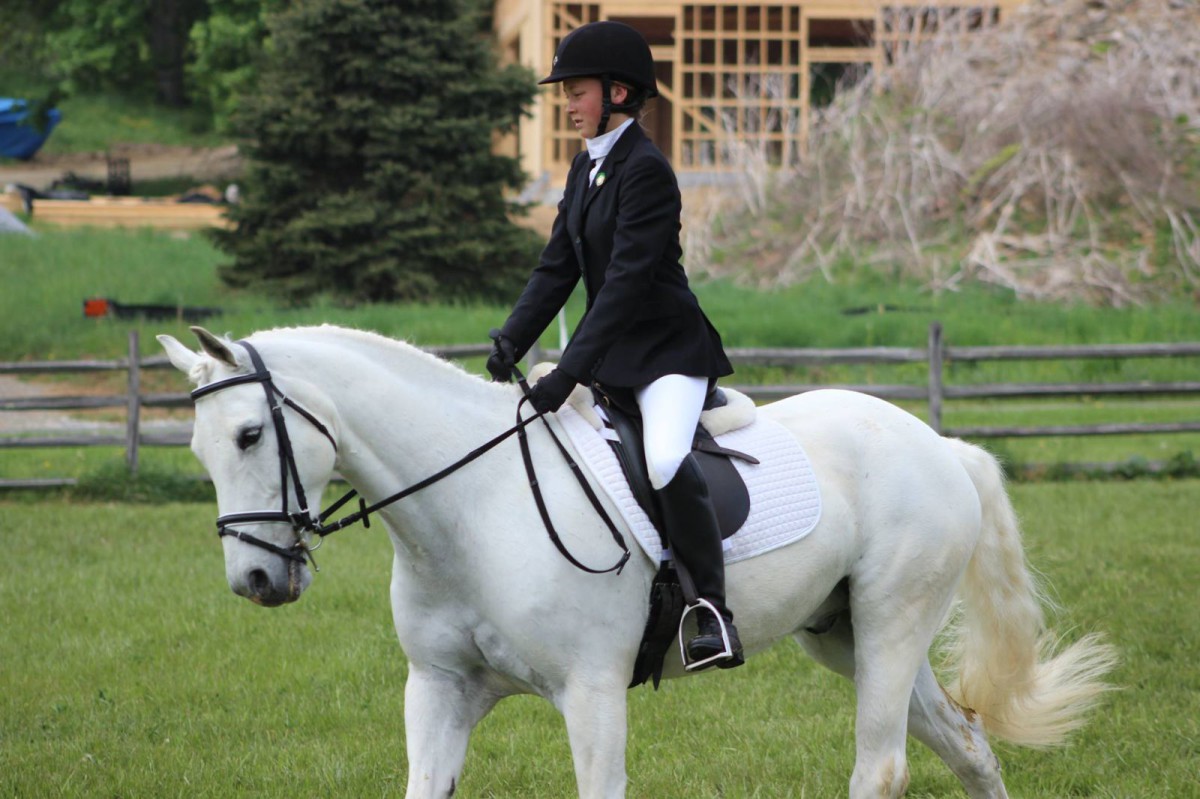 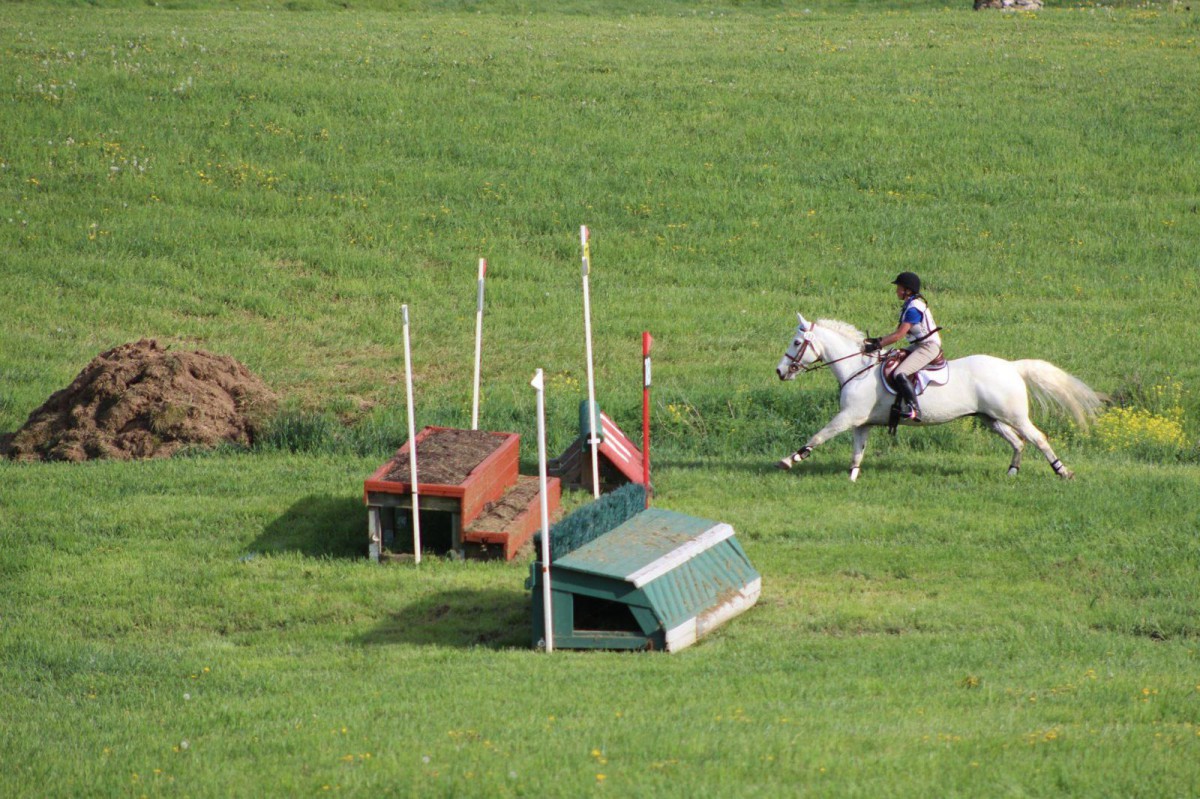 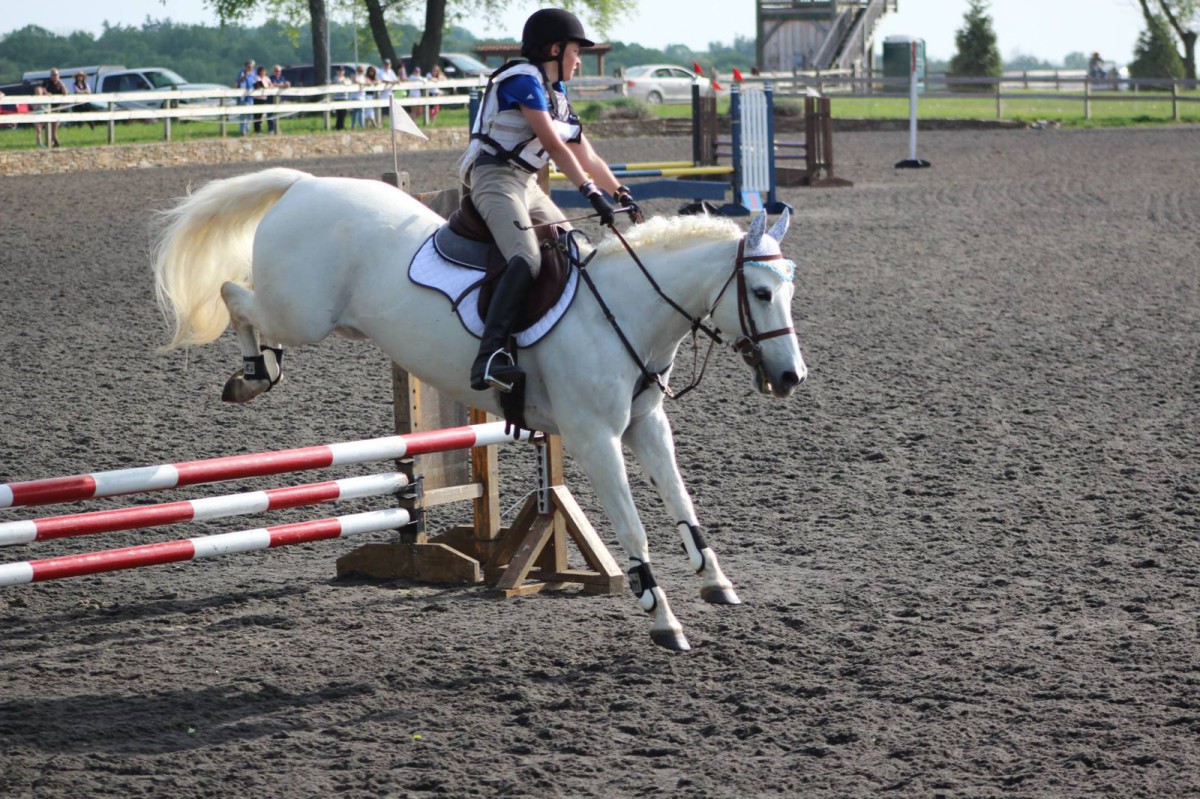 Pretty good ribbons, indeed. They did, in fact, earn their qualification for USPC Championships East, which take place July 22-26 at the Virginia Horse Center in Lexington, Virginia. “This is our first year going to Championships for eventing so I am excited!” Marina says.

And after that: “My goals are to compete Beginner Novice this summer successfully and move up to Novice at the end of the summer. We are hoping to take our C-2 rating in the fall also. But long-term I hope I can compete in Training Level eventing on our warmblood mare before I get out of high school.”

We have no doubt that with her discipline and attention to detail, Marina will accomplish anything she sets her mind to. And, best of all, she also knows how to kick back after a job well done: