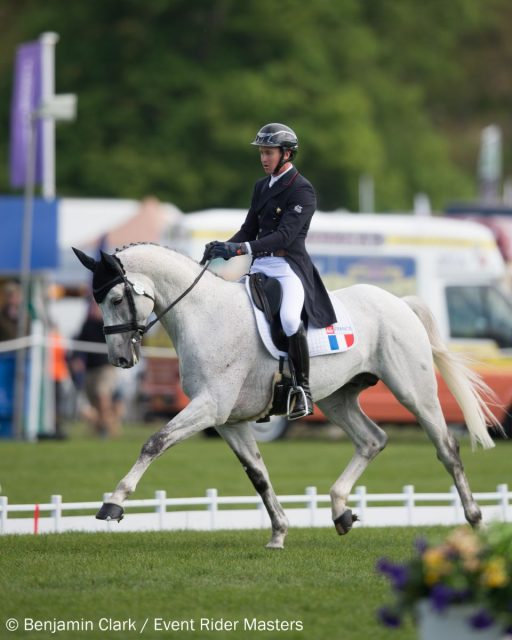 A personal best is a great way to begin the 2017 Event Rider Masters Series, and that’s exactly what France’s Thomas Carlile and the 9-year-old Anglo Arab Upsilon pulled off today in dressage at the Dodson & Horrell Chatsworth International Horse Trials. Their personal best score of 33.2 gave them a narrow lead in a competitive CIC3* division with an exciting day of show jumping and cross country ahead tomorrow.

“Upsilon is such a wonderful horse and has so much ability. We’ve really worked on strengthening him up for this phase and he certainly delivered today,” Thomas said of the stallion owned by Ecuries Carlile Complet Eventing and Scea de Beliard. “Looking to tomorrow, I believe he will only have a pole down in the show jumping if I make a mistake. It would be nice to have a bit of breathing space going out on the cross-country, but with Gemma and plenty of others breathing down our neck I doubt we’ll have such a luxury!”

There were an impressive five sub-40 dressage scores today. Great Britain’s Gemma Tattersall and the Pebbles Syndicates Quicklook V scored a personal best as well and sit close behind Thomas and Upsilon in second place on 33.7. Chatsworth is Gemma’s first FEI event back with the 12-year-old Anglo European Studbook mare since the Rio Olympics last summer.

“Wasn’t Quicklook V amazing!” Gemma said. “We’ve both been working hard on our flat work and it really came off today. We have been aiming her at this competition and there’s everything to play for tomorrow, as we want to give the French a run for the top spot of the ERM podium!” 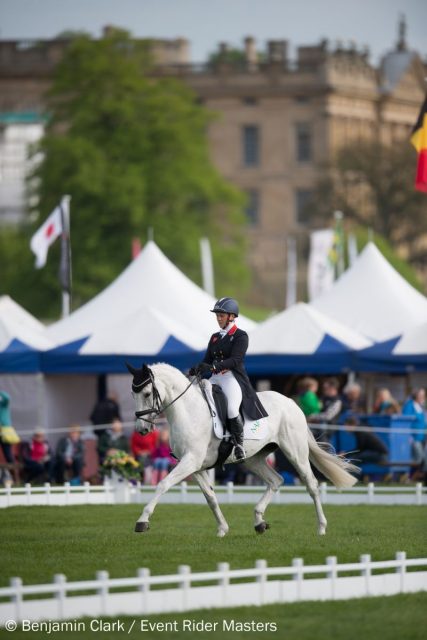 Germany’s Bettina Hoy and her 13-year-old Westphalian gelding Designer 10 are sitting in third place with a 38.4. The pair rerouted to Chatsworth after having problems early on the cross country course at Badminton last week.

“There was a big atmosphere in the arena today and Designer 10 behaved really well, I am delighted. He loves being here in England,” Bettina said. “He was strong last weekend and we had a bit of disagreement early on the course, however the result is we are now here taking part in the ERM. I hope to compete in future legs across the 2017 series with either Designer 10 or Seigneur Medicott.” 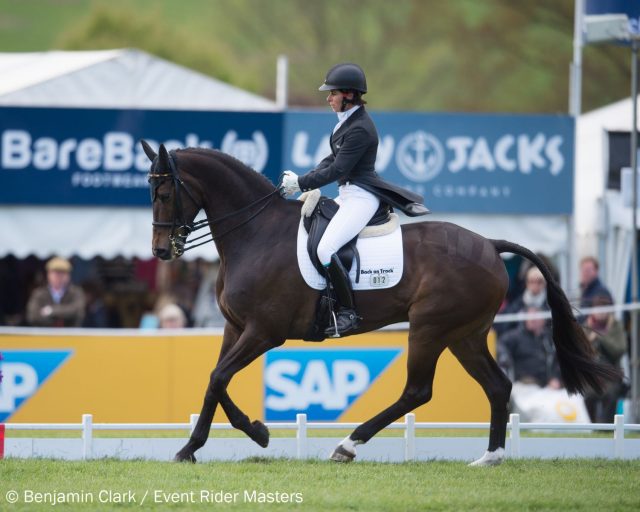 Tomorrow will be a big day, and the number crunchers at ERM’s Official Statistics Provider EquiRatings predict this won’t be a dressage show!

We all know @ChatsworthHT is not a dressage competition! @EquiRatings & @Nicole_Brown90 predict #ERMeventing will be won on the crosscountry pic.twitter.com/wuKxy5FcLY 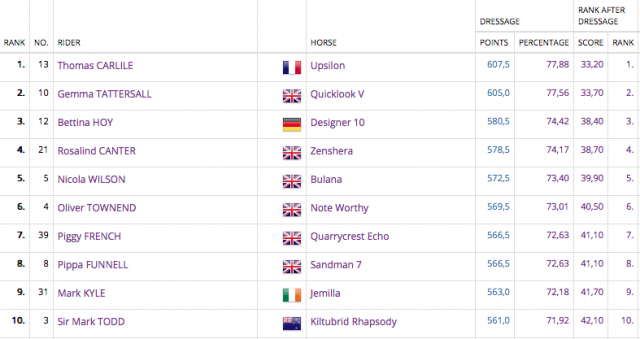