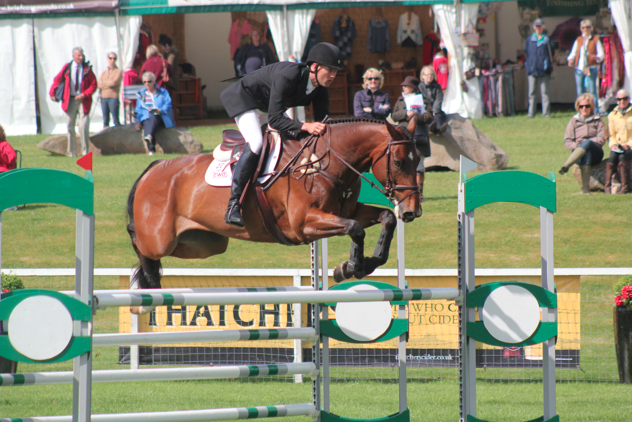 Thomas Carlile entered the ring today aboard Sirocco du Gers with one rail in hand to maintain his overnight lead at Boekelo and needed it, dropping the penultimate fence to end on a final score of 46.5 and secure the win.

Sirocco du Gers, an eight-year-old Selle Francais gelding, has been a consistent performer in FEI competition, accumulating wins at the one and two-star level, as well as a CIC3* win at Jardy in July. This win marks the first CCI3* win, in his first attempt, for this talented young horse. 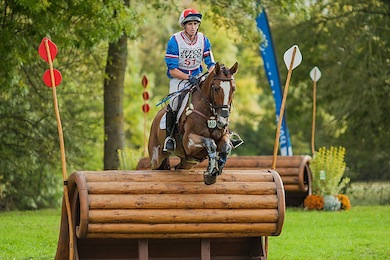 Thomas Carlile and Sirocco du Gers at the 7-year-old championships in 2013. Photo courtesy of Eventing Photo/FEI.

In second place after cross country, Paul Tapner and Indian Mill jumped a bit by braille today, lowering six rails to drop them down into 31st overall. This cleared the way for Lucy Jackson and Willy Do, who moved up from third with a clear round inside the time.

Georgie Strang finished in third aboard Cooley Business Time after a quick move up from fifth overnight. This is Cooley Business Time’s second CCI3* and highest placing at the level, most recently coming off of a eighth place finish in the 8 and 9-year-0ld CIC3* at Blenheim last month. 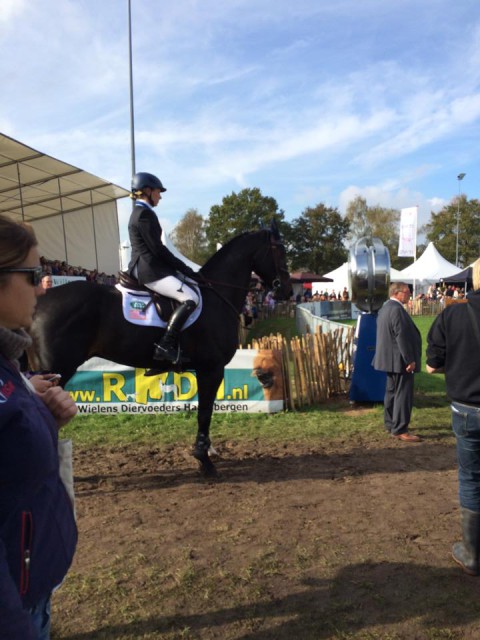 The remaining U.S. pairs in the competition, Liz Halliday-Sharp and Clark Montgomery, both jumped lovely clear rounds to end with no penalties added to their overnight scores. It’s difficult not to look at the scoreboard and factor in Clark’s clear round had his appeal to the ground jury been successful yesterday, as he would have taken home the win today.

That does not take away from the fact that both Liz and Clark had excellent weekends, and two double clear rounds around a track that did not offer clear rounds readily says a lot about the talent the U.S. has based in Europe. Well done, Clark and Liz!

Rails flew throughout the day, with 18 of 61 completions coming from clear rounds inside the time. The treble, fence 8ABC, as well as the final fence seemed to come down the most, and the treble also caused a couple of refusals. The final fence was knocked down 15 times during today’s rides.

For the Nation’s Cup, it was New Zealand who came away with the top honors, finishing on a total score of 177.2. Great Britain couldn’t quite catch the Kiwis but still finished in strong position in second on a score of 178.8. Third place is held by the Netherlands, who vaulted up from sixth after cross country to finish on a score of 197.5.

We congratulate the winner of the nations cup: New Zealand! #SupportYourNation #mbe14 pic.twitter.com/HXlTYE9hsq

Team USA was able to move from ninth to seventh after Germany and Italy had some trouble on course today, finishing with a total of 1129.10.