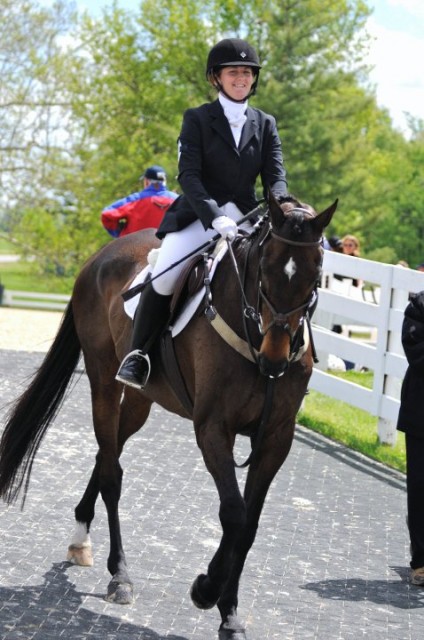 On May 20th, 1992, a bay Thoroughbred colt was born in Ohio and registered as Mightyreckless. He was from royal lines, having Native Dancer, Nasrullah and War Admiral in his blood, but it didn’t do him any good at the race track, as he started 12 times but only managed to make around $700. At the age of 4, he left the race track and was purchased by a sport horse trainer who was hoping he would make a top level hunter.

At the age of 13, a young Kelly Sult was boarding her first horse, an OTTB named Bud, at a large hunter/jumper barn. She was most definitely a barn rat and pestered all the trainers to allow her to ride other horses all the time. She was told about a tall bay Thoroughbred named Hollywood, or Reggie, but was warned against riding him. “That horse is crazy and should be put down” she was told. “He bucks everyone off, don’t even try to ride that thing!” Despite his bad reputation, Kelly fell in love immediately with Reggie and thought that he had sad eyes and just wanted to be loved. 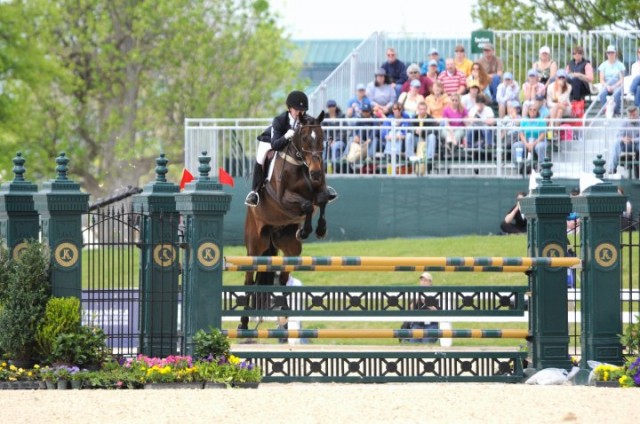 Kelly and Reggie at Rolex. Photo by Lisa Tossey.

Training Reggie by herself and with the help of her father, Kelly went to her first event at Novice and got eliminated at the water. At their second event, they had only one stop on cross country, and the third event they won. He was certainly a tough horse to ride, as he tended to run through his fences at full speed, and using any rein aids was useless. “When you are on him, he is very much business,” Kelly said. “He has a very good eye when jumping, but you have to stay out of his face and always ride positive to the fences.”

As for the dressage, this was always a little bit of a struggle for Reggie. “He tends to get too involved in the work, and it makes him stress out. He has meltdowns in dressage, but I was able to figure out that if he went for a gallop before our ride, I could get him to calm down.” No matter what his mood, though, Reggie always tried his heart out for Kelly and absolutely loved his job. 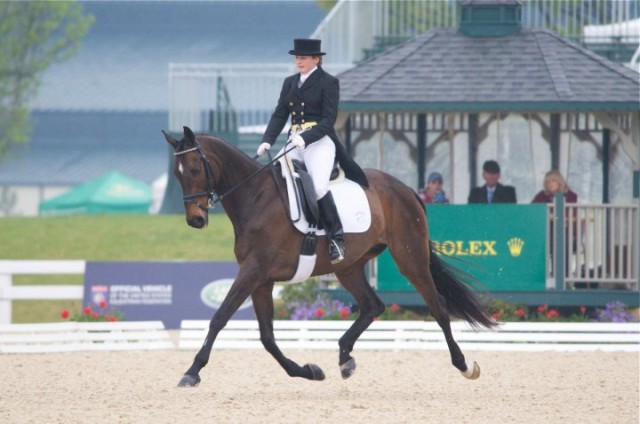 Kelly and Reggie in dressage. Photo by Lisa Tossey.

Kelly and her father brought Reggie through the levels, all the way up to Advanced, before seeking help from other professional riders like Jon Holling, Bobby Costello and Boyd Martin. “It was such an awesome feeling to compete at the events knowing that I had made him all by myself,” Kelly said.

In 2007, Kelly and Reggie were sixth together at the NAJYRC in the CCI2* and went on to do the Fair Hill CCI3* that fall, finishing eighth over an incredibly muddy track. The next year, they tackled their first Rolex, finishing in 14th place with only three rails to add to their score. They completed three more times at Rolex in the next three years, with Reggie finishing his last four-star at the age of 19.

Kelly decided to retire him sound and healthy in 2013 at the ripe old age of 21. He now enjoys a life of luxury in her big field, playing with her pregnant mare and the youngsters. “Reggie taught me that anything is possible! He taught me to be patient and enjoy the work that you put in day after day. If you can’t enjoy all the hard work, then what’s the fun in that?”