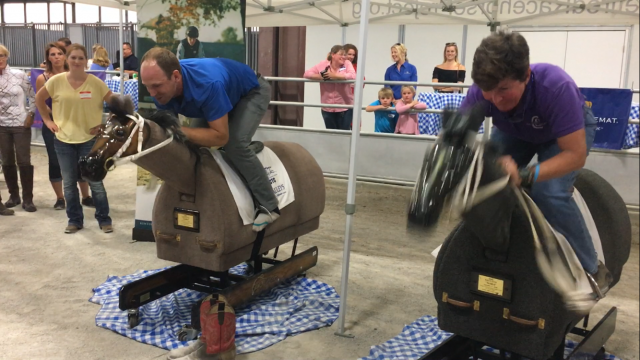 “Guts and glory” was the name of the game on Rolex Saturday — and not just for the riders who had to jump those four-star monstrosities on the cross country course.

On Saturday evening Hagyard Equine Medical Center hosted the second annual Hoedown to support the Retired Racehorse Project’s Thoroughbred Makeover and National Symposium, a training competition and celebration of all things Thoroughbred held the last weekend of October at the Kentucky Horse Park. 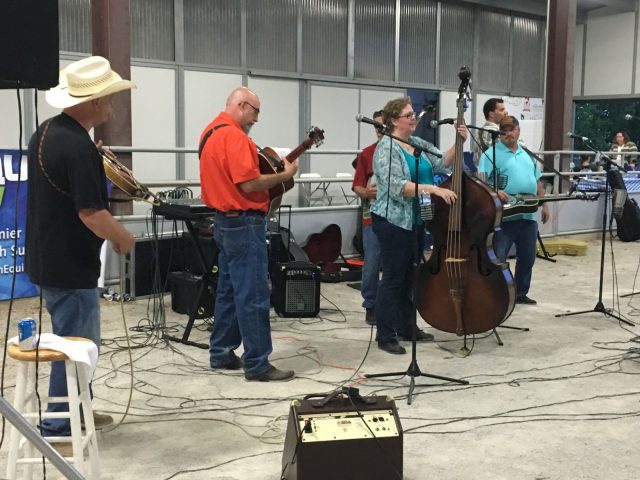 By all accounts, Equicizer racing required nearly as much courage as four-star cross country itself. The North American Racing Academy sponsored the new “sport” for the event, offering coaching advice here and there to the brave volunteers who decided to put their foot in the (very, very, very short) stirrups and battle their friends for 60 seconds to see who could get the most amount of strides, counted on the a browband pedometer.

It got pretty heated. Nearly everyone at the table I was sitting at participated. We were basically a celebrity table because until the very end of the night, new friend Kris Ziti from Long Island, New York, held the record of 179 strides.

That made my 117 strides seem pretty pathetic. 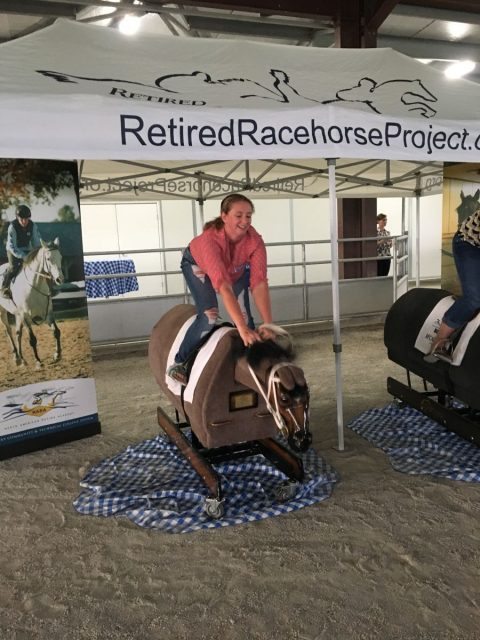 The author trying her luck at Equicizer racing. Photo courtesy of McKenna Oxenden.

Tik edged out Sally by 11 strides, winning with 131 while Remi took the lead over Rosie with 147-129. The verdict is TBD as it appeared Remi had a bit of a false-start out of the gate, but this allegation is still under investigation.

“That was a lot harder than I thought it would be! It was harder than Rolex cross country!” Sally said after her Equicizer debut.

All of a sudden, I felt better about my 117 strides after seeing a Rolex rider be winded after finishing and finding out from Tik that 30-35 seconds is considered difficult for jockeys on the Equicizer.

Both Sally and Tik were there to show their support for Thoroughbreds and RRP.

“Riding a Thoroughbred at Rolex, they invite you to all of these events,” Sally said. “I’ve believed in this breed for a long time … and I’m trying to participate in part of the community.”

Sally piloted Tsunami to a clear cross country round with just 27.6 time penalties. She attributes her successful ride to “Sue’s” mentality.

“A number of horses got tired out there. And mine did too. But mine didn’t stop,” Sally said. “When they’re Thoroughbreds and they get tired, they don’t think they should give up.”

It’s a large contributing factor to why Sally, who in addition to eventing has experience exercising and racing Thoroughbreds on the track, loves the breed so much. In fact, she is so passionate about them that she is in a process of putting together a specific off-track Thoroughbred syndicate — click here to learn more. 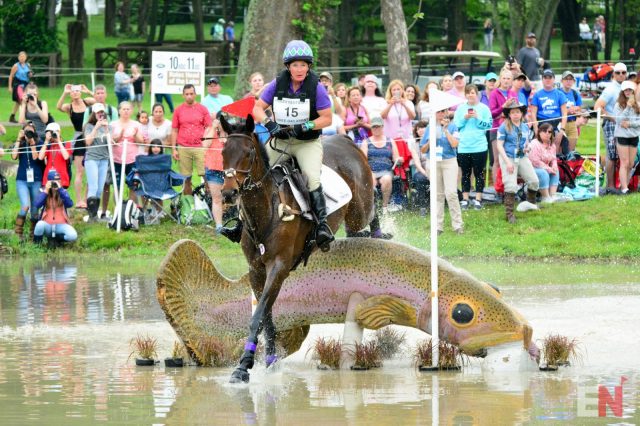 Tik, winner of the 2015 RPP Thoroughbred Makeover, said this program has been incredible not only for the industry, but for him personally and as a trainer.

His success with the project and his stellar writing has led him to write various columns and pieces in Off-Track Thoroughbred magazine and others. His most recent venture involves interviewing different trainers, like show jumper turned racehorse trainer Michael Matz or Anne Kursinski, and then riding with them and reflecting upon the various training styles.

“I’m really involved with Thoroughbreds. If I can help this particular breed of horse through this, great,” Tik said. “These horses need a lot of help.” 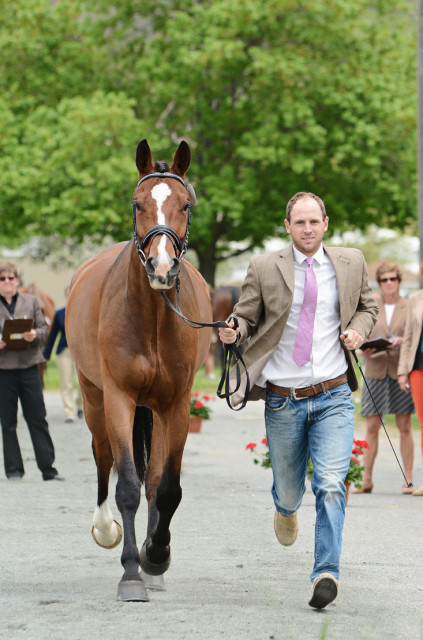 Stuart Pittman, resident emcee for the evening, said this project is one of the most exciting things going on in the horse industry.

“The goal is get more people aware and want to own event horses,” he said, referencing racehorse owners in particular. It’s just as much fun, he argues, although … the monetary payoff might not be quite as plush. “But we won’t tell them that!” Stuart said.

Here are some fast stats about this year’s Rolex Thoroughbred finishers: