Longtime Horse Nation illustrator Morgane Schmidt may be a dressage rider, but she seems to have a handle on the neuroses that make event riders tick.

Morgane, mad genius behind The Idea of Order, explains her transition to the fairer sport: “If you start off the cross-country phase trying to puke your Gatorade in such a manner as to not hit and spook your horse, all the while asking yourself what was so wrong with just doing plain old dressage, you might need to reassess some things. A moment similar to the above scenario may just have been when I realized that hurtling myself over fixed obstacles was not really my forte. Good thing I realized how wimpy I was early on, as it has given me plenty of time to throw my money and effort into an arguably even more expensive discipline: hello Dressage.” 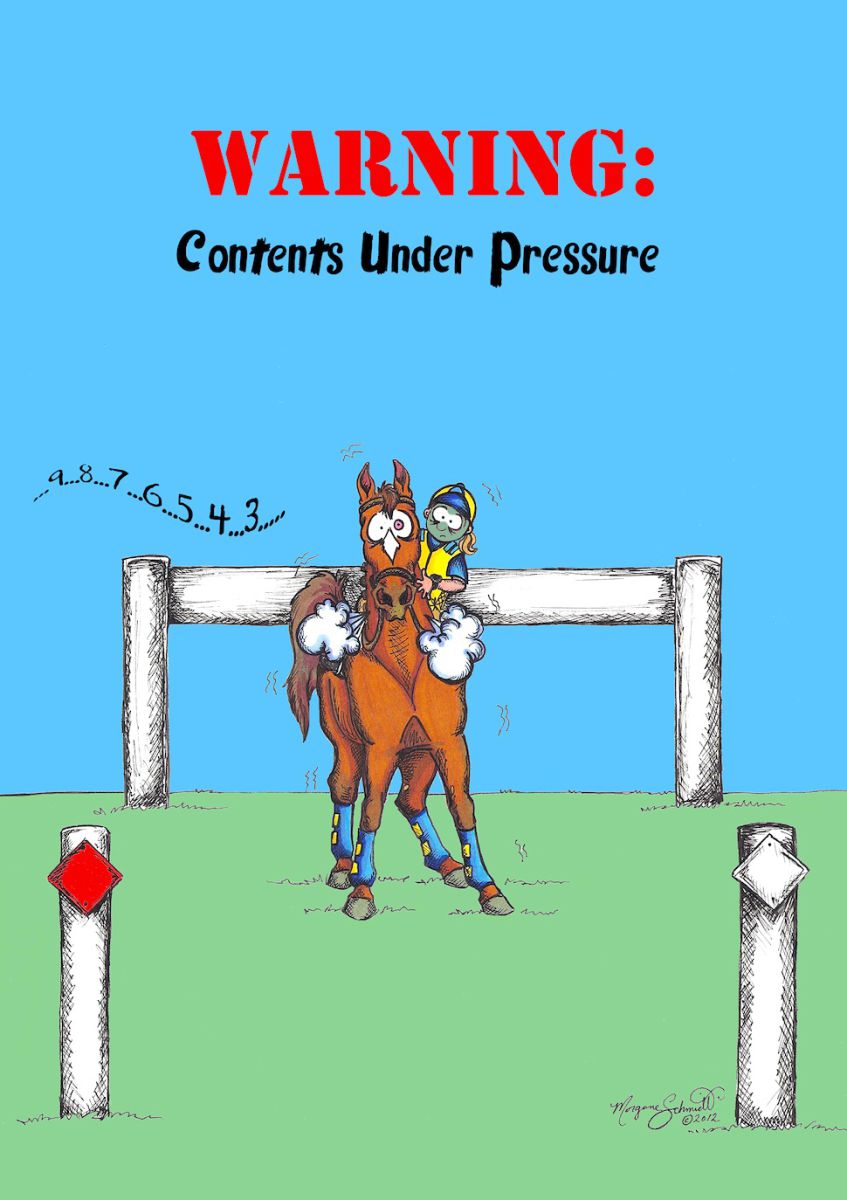 Morgane did event for long enough to digest a few unspoken laws of the sport, like this one: Never tempt the cross-country gods. You mustn’t take any cross-country jumps for granted — ESPECIALLY the ones that look like a piece of cake. 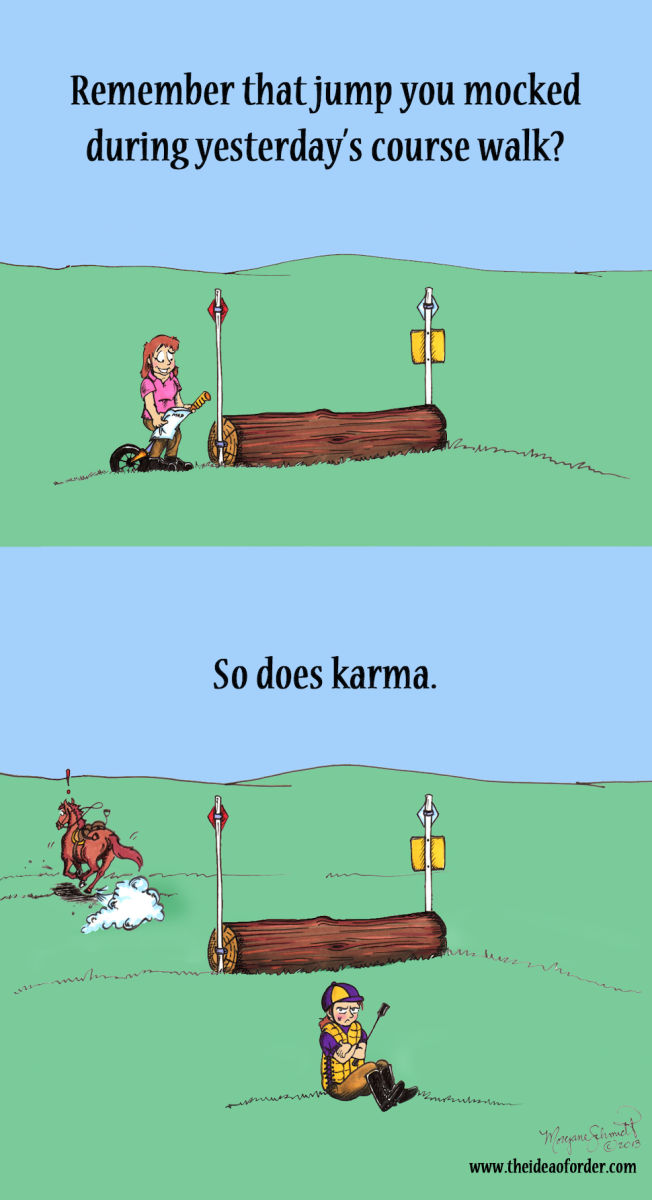 And she clearly developed an appreciation for eventing’s many ironies: 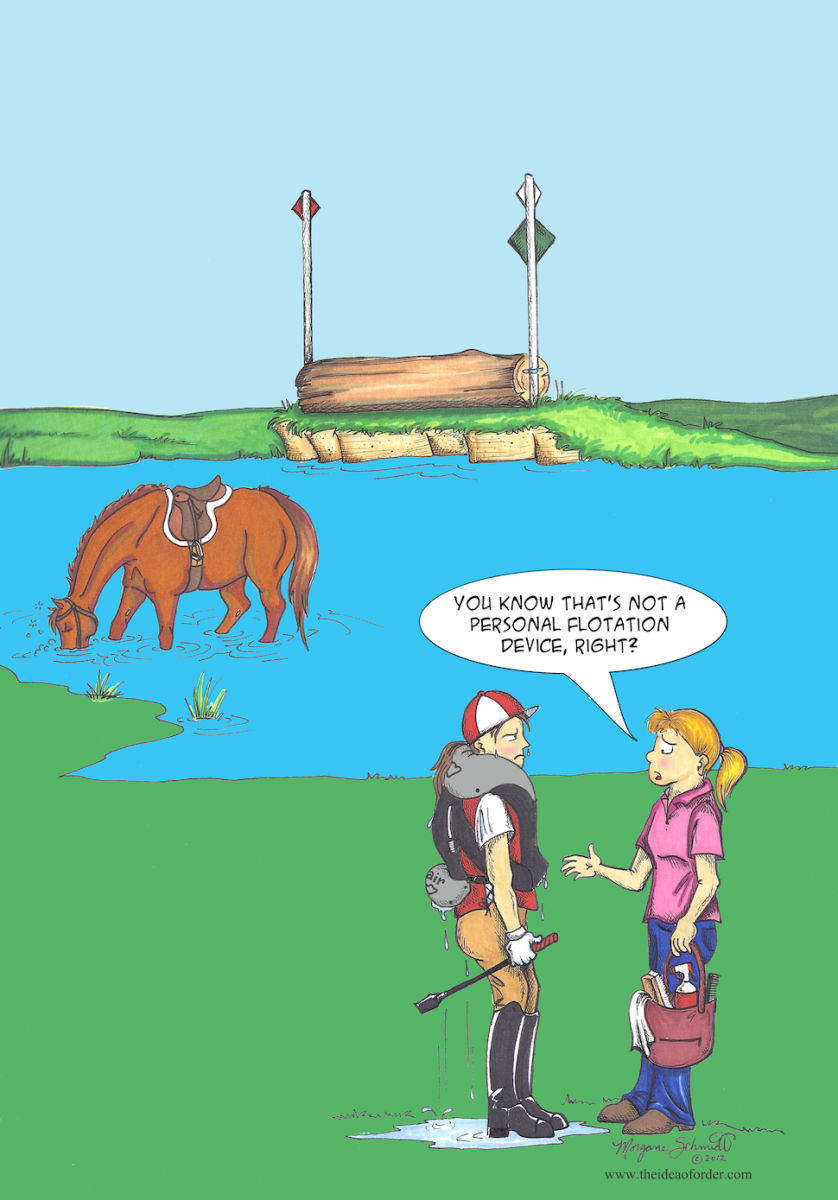 For more comics from Morgane, check out her website at theideaoforder.com, like The Idea of Order on Facebook, and hit up Horse Nation each Wednesday to view her latest masterpiece.