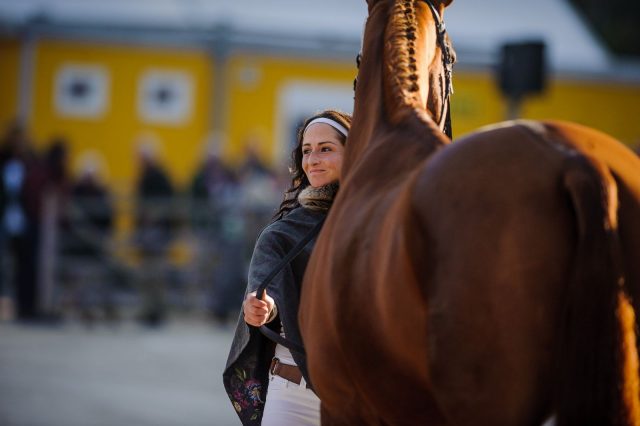 The Boekelo field is down to a petite and perky 43 competitors after this morning’s final horse inspection, which took place under the critical gaze of Andrew Bennie (NZL), president of the ground jury, ably assisted by Christina Klingspor (SWE) and Merel Schurink (NED). That’s after the overnight withdrawal of Germany’s Josephine Schnaufer-Völkel, who opted not to present Pasadena 217, with whom she was competing as an individual and sitting in overnight 31st place. That withdrawal would herald a tense morning for the German individual contingent: both Andreas Dibowski‘s Brennus (29th overnight) and Cord Mysegaes‘s Dekorateurin Baumeister (19th) were sent to the holding box, though both would subsequently receive the nod to continue their competition after a re-presentation. 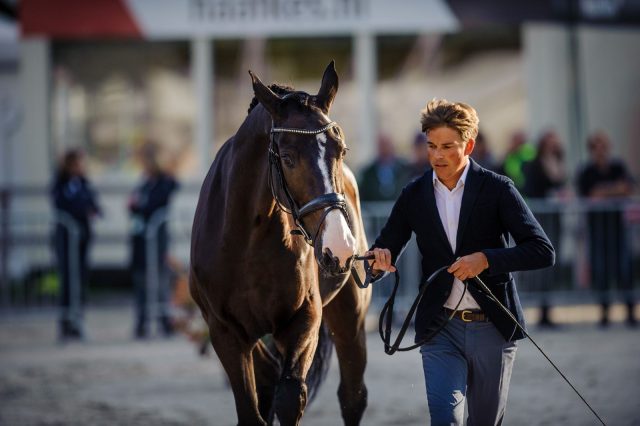 The most significant hold of this morning’s three was that of Tim Lips and Lady Chin van’t Moerven Z, a catch-ride that he’s piloting this week to give the horse more experience for his student, Chinese Olympian Huadong Sun. Though time penalties saw them relinquish their close second-place status yesterday, they’re at the top of the leaderboard in the Dutch National Championship — but after a re-presentation that saw them trot a further two times, they were accepted and will continue on to this afternoon’s showjumping. 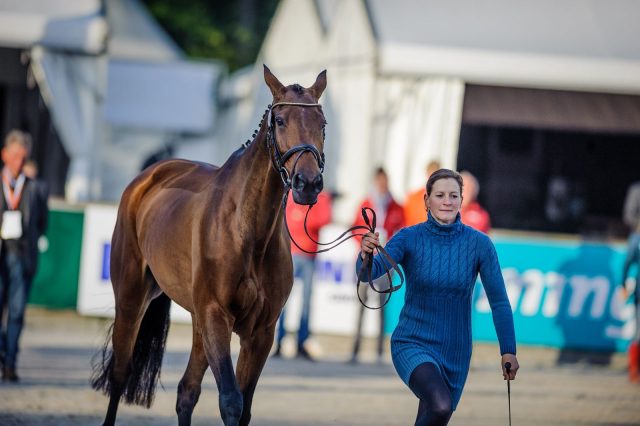 Our team leaderboard and individual top twenty remain untouched as we look ahead to the final phase, which is set to begin at 12.30 p.m. local time/11.30 a.m. UK/6.30 a.m. Eastern. Germany’s Sophie Leube remains in the top spot with Jadore Moi, followed closely by Great Britain’s William Fox-Pitt, giving Sophie just a time penalty in hand. Neither eleven-year-old Jadore Moi nor nine-year-old Grafennacht have spotless showjumping records, though nor does third-placed Tamie Smith and her twelve-year-old Danito, who are themselves just a time penalty behind William — so expect an afternoon of seriously exciting competition, because the Boekelo showjumping course typically proves a proper test. With just one rail covering the top nine, we could see a major shake-up through the leaderboard — or we could be about to watch some stats-defying magic happen. In any case, it’ll make for excellent viewing, so sign up for your ClipMyHorse.TV account to make sure you catch it all. 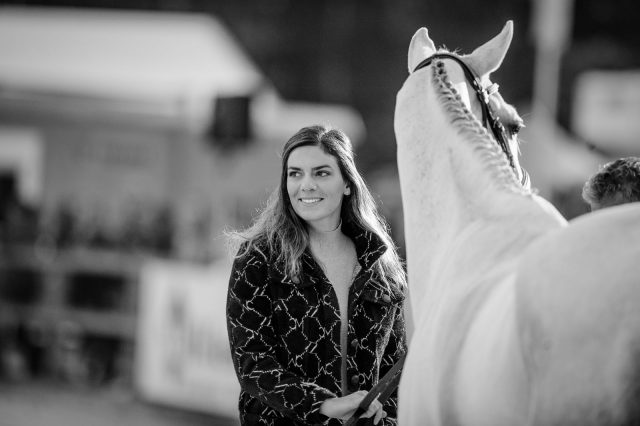 Need a refresher before it all kicks off? Here’s the current top twenty individually, and it’s jam-packed with movers and shakers already: 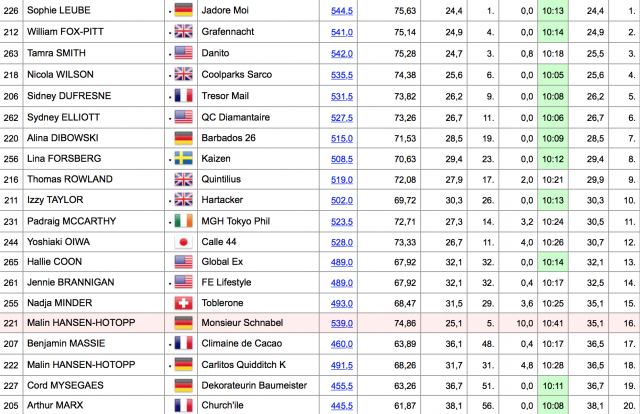 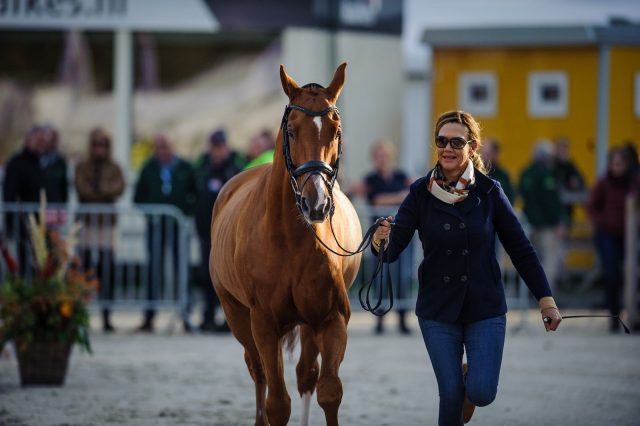 Tamie Smith and Danito sit third individually, while Tamie’s second ride, Solaguayre California, sits 24th after being deemed to have run out when going long at the coffin complex. Photo by Tilly Berendt.

And here’s how the team leaderboards are looking. While Great Britain remains in the top spot, they hold onto it with less than one rail in hand over the US — and behind them, there’s a whopping nine-rail margin between USA and Germany, which puts us firmly into match race territory for the Nations Cup victory. With all three of our remaining US team members safely through the inspection — and all four of Britain’s equally booked in for this afternoon’s finale — this is a victory that’ll come right down to the wire, with the deciding ride going to second-placed William Fox-Pitt and Grafennacht, who will be the penultimate pair to jump. 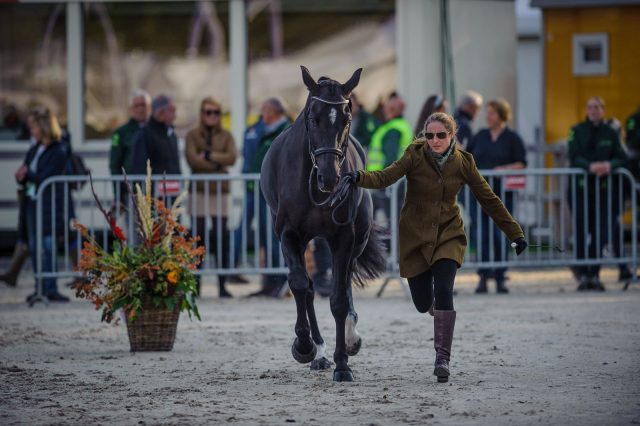 We’ll be back this afternoon with a full report from the final day at Boekelo — and in the meantime, grab a Grolsch and Go Eventing!