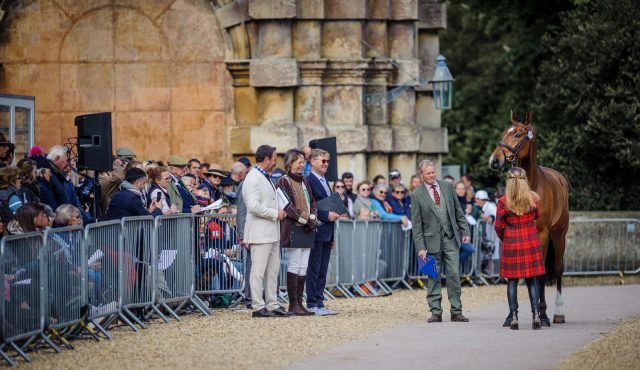 An influential track and a spike in ambient temperatures yesterday made for tense scenes at this morning’s final horse inspection at Badminton Horse Trials, where 54 of yesterday’s 59 finishers came forward to present in front of the ground jury of Christian Landolt (SUI), Anne-Marie Taylor (GBR), and Seppo Laine (FIN).

The foreshortening of the Badminton field began in the early hours of this morning, with a spate of withdrawals: three of these came from Ireland, with Joseph Murphy and Cesar V, who recorded an early, slow round after picking up 20 penalties at the Quarry, Esib Power and Soladoun, who had climbed into the top twenty, and Clare Abbott and Jewelent, who sat sixteenth after two phases, all opting not to present today. Sweden’s sole representative Sofia Sjoborg, who piloted her DHI Mighty Dwight to a clear on her birthday yesterday, also withdrew, as did Australia’s Bill Levett and Lassban Diamond Lift, who were sitting in nineteenth place. 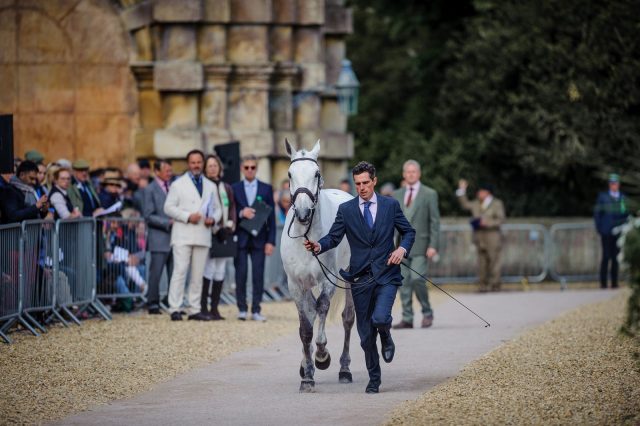 Hector Payne and Dynasty are one of three pairs held, and subsequently accepted, at the trot-up. Photo by Tilly Berendt.

There were further threats to the line-up when three horses and riders were sent to the holding box: Hector Payne and Dynasty, James Rushbrooke and Milchem Eclipse, and Susie Berry and John the Bull were each sent to the box for further assessment by the holding box vet, and all three were subsequently accepted to continue to today’s showjumping. 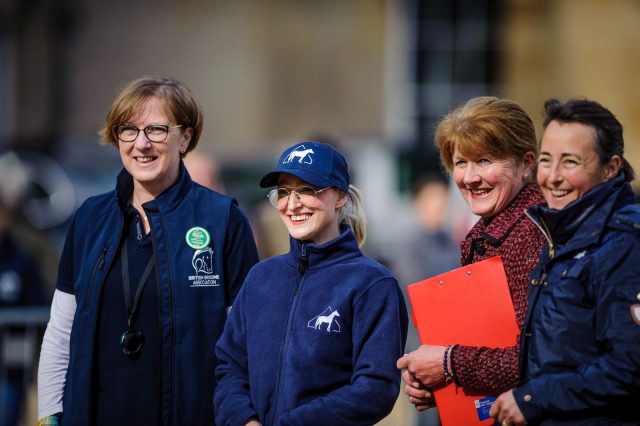 Each year, a prize is awarded to the groom who is deemed to have provided a superior level of care for their charge throughout the week, and this week’s winner was Lilly Kirchheim, longtime groom for Germany’s Christoph Wahler and his excellent Carjatan S. Her horse-and-rider charge sit in 14th place overnight after a stylish round yesterday saw them add just 3.6 time penalties.

“It’s really good for her to have won this, because it means the work she does gets acknowledged — which is good because she really puts a huge effort in,” says Christoph. “She’s always 100% for Carjatan. She really loves this horse — no matter how early she needs to get up or how late she needs to be in the stables, she’s happy to do it for him.”

Carjatan has spent a significant majority of his international career under Lilly’s care: she joined Christoph’s team five years ago, when the gelding was an eight-year-old, and so she’s been an integral part of all his major accomplishments so far — including two European Championships, a second-place finish at Luhmühlen CCI5*, and now this Badminton debut. 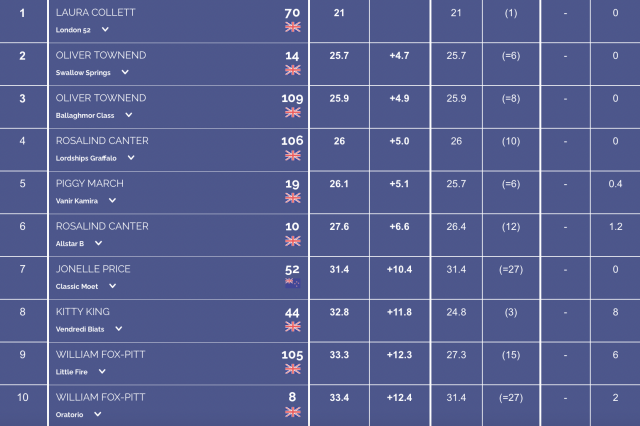 The top ten going into showjumping. 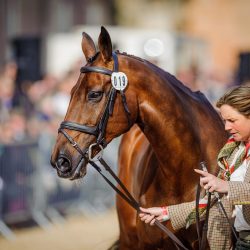 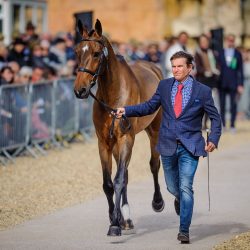 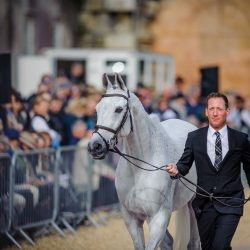 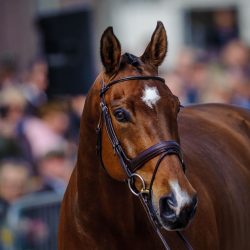 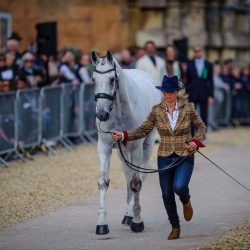 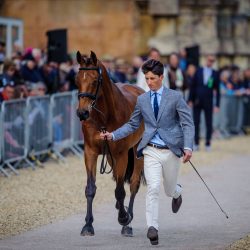 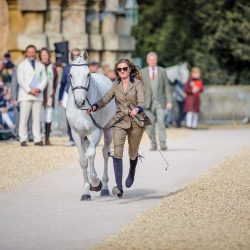 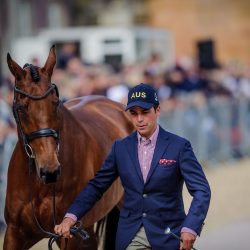 Dom Schramm and Bolytair B. Photo by Tilly Berendt. 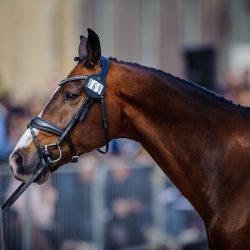 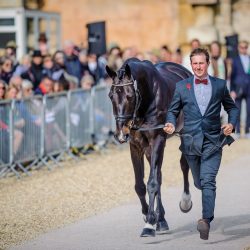 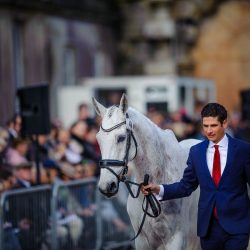 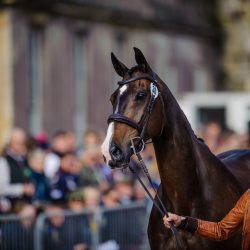 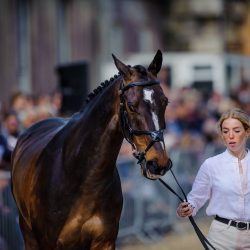