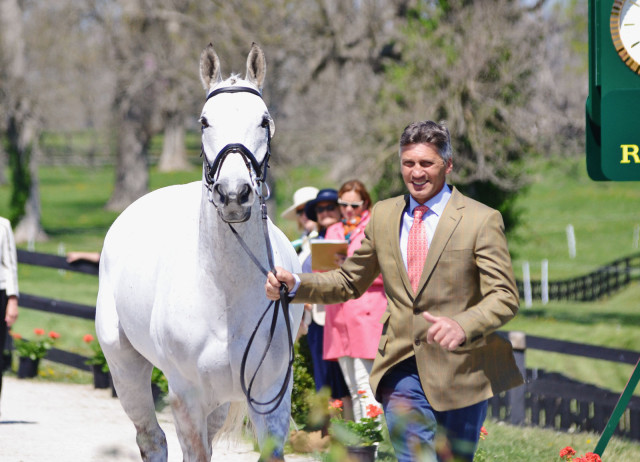 Andrew Nicholson and Avebury at Rolex in 2014. Photo by Jenni Autry.

It’s a bittersweet day for eventing fans around the world as three-time Burghley winner Avebury has been withdrawn from the upcoming Badminton Horse Trials and officially retired from competing.

Ridden by Andrew Nicholson and owned by Mark and Rosemary Barlow, the 16-year-old British Sport Horse gelding is going out on a high note, having won the last four FEI events of his lengthy career, including clinching a fourth consecutive victory at Barbury last year.

“He’s sound and well,” Andrew said. “He just doesn’t quite feel like he used to and, as he owes us nothing, we thought it better to stop now.”

Known as “Buddy” in the stable — a nickname Andrew’s daughter’s Rebecca and Melissa gave to him as a foal — Avebury completed eight CCI4* events in his career, finishing Badminton three times and also delighting American fans when he competed at Rolex Kentucky in 2014. 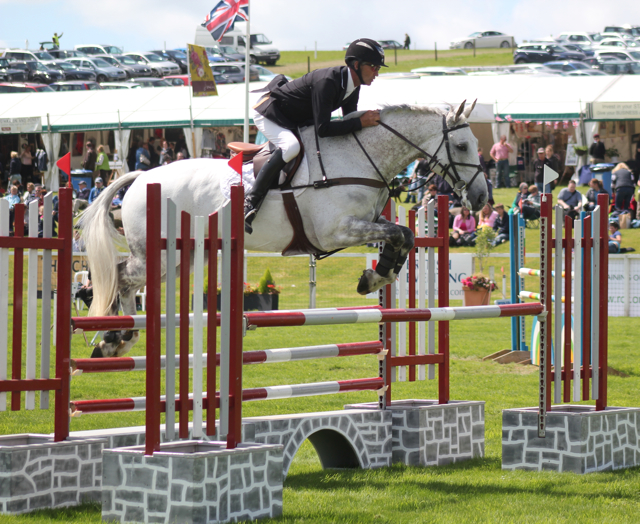 Andrew Nicholson and Avebury at Barbury in 2012. Photo by Samantha Clark.

“This is a day we were all dreading,” Rosemary said. “He has served us so well, and after his last gallop he wasn’t showing his normal exuberance and zest for life. Sadly old age has begun to catch up with him, and he deserves a well-earned rest. Avebury is a horse of a lifetime and owes us nothing.”

Andrew bred Avebury, by Jumbo of a Thoroughbred mare named Memento, who raced under the name Bairn Free before enjoying a brief eventing career with Andrew until she developed a cataract in one eye and had to be retired. Avebury was originally sold as a show jumper, but Andrew’s wife, Wiggy, bought him back as a 6-year-old and evented him.

“Rosemary Barlow wanted a new horse, so I said to her that I thought I knew of one,” Andrew said. “Wiggy went away for a few days, so I sneaked him up to the gallops to see what he could do. I was quite impressed, so I suggested Rosemary bought him for me to ride.”

That started the beginning of Andrew and Avebury’s illustrious partnership. Avebury won at every level during his career, in which he amassed an impressive 2,113 British Eventing points. He competed 71 times with Andrew and 11 times with Wiggy. Avebury won 27 events in his career with numerous other top placings. 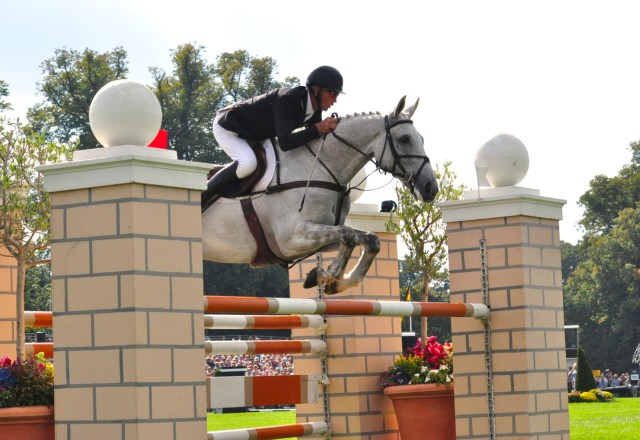 Andrew Nicholson and Avebury on their way to winning Burghley for a third time. Photo by Kate Samuels.

After winning Barbury for a fourth consecutive time last year, Andrew and Avebury were preparing for another go at Burghley when Andrew fell at Gatcombe, suffering a neck injury that prematurely ended his season.

Avebury’s only run in 2016 was at Great Witchingham in March, which he won. He will now enjoy his retirement at Andrew’s farm in Westwood, which has been his home for most of his life. “He’s part of the family and will stay here with us,” Andrew said. “Wiggy will ride him, and no doubt my daughter Lily will put her name down for a go.”

Andrew continued: “He’s got a cheeky side to him, but whenever you walk into the yard, he’s happy to see you. He loves his work and is very bubbly about everything. He’s still naughty to catch in the field — he gallops around squealing, but as soon as it rains, or he thinks something might be happening without him, he runs up and down the fence line yelling to be brought in.

“He has been an exceptional performer. He loves a big atmosphere and shows off in it and has always been a brilliant jumper and galloper. He has always been a winner, and I have to thank him for some of the greatest days of my career.”

[Avebury Has Been Retired]