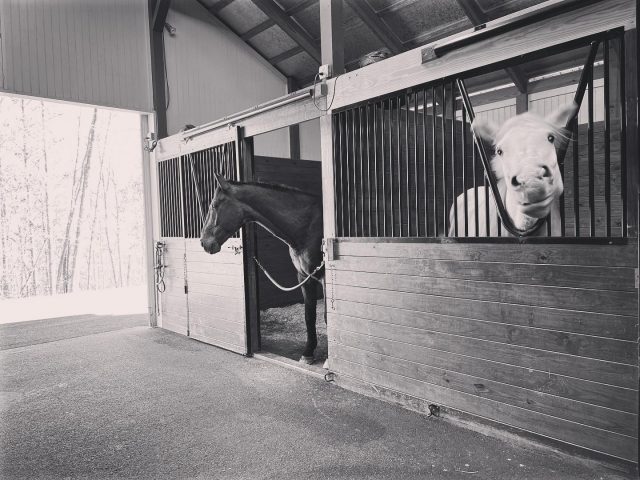 Stable View is celebrating their 10th anniversary in 2023 since hosting their first recognized event in 2013! To properly celebrate you and your horse(s), the venue is offering a training incentive for competitors who complete all three schooling shows in January leading up to the new USEA/USEF Aiken Opener on January 21-22. On January 4th, they’re hosting a schooling jumper show, on January 11th, a schooling dressage show, and on January 14th, a winter combined test! It looks like the perfect way to practice your skills, and they’re offering half price entry on the CT for competitors who compete in all three.

It’s USEA Convention week! USEA members from near and far are getting ready to converge on the historic city of Savannah, Georgia this week for the 2022 USEA Annual Meeting & Convention! With four full days jam-packed with educational seminars, committee meetings and social gatherings, the convention is sure to excite all members of the eventing community that will be in attendance. [USEA Convention Fast Facts]

We’re sad to report that Salinero, Anky van Grunsven’s 2004 and 2008 double Olympic champion, passed away this week. Originally started as a show jumper, the gelding showed promise on the flat, and was trained by a few riders until finding his match with Anky in 2002. They made their Grand Prix debut that year, and Salinero rose to the occasion to fill the shoes of the great Bonfire in Anky’s barn. Despite controversy surrounding her use of rolkur in her training, Salinero helped her become the first dressage rider to win three Olympic individual gold medals. [RIP Salinero]

Best of Blogs: Equine Roots of Idioms to Surprise

The famous Endo the Blind has made history with three Guinness World Records. At 22-years-old, the Appaloosa gelding and his owner Morgan Wagner have trained for years to compete alongside sighted horses and do extensive liberty work. He has garnered the titles for the highest free jump by a blind horse (3ft 5in), the most flying changes by a horse in a minute (39), and the fastest time for a blind horse to weave five poles (6.93 sec). Endo was diagnosed with recurrent uveitis at eight years old, and Morgan worked hard to build his trust and his confidence. [Endo The Blind Wins Guinness World Records]

Please enjoy Cambalda rocking around Training level in his “retirement”!