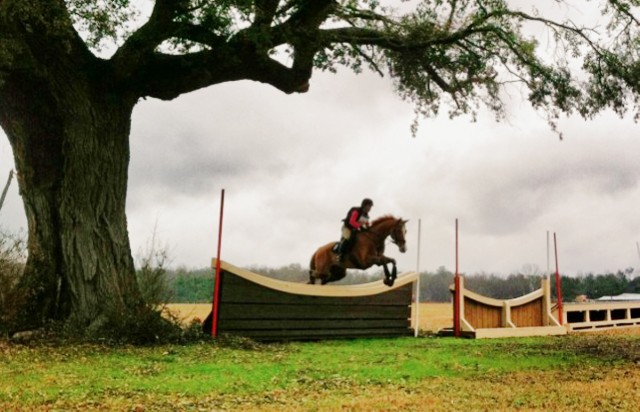 In their first outing of the season, Tiffani Loudon-Meetze and her OTTB Hap continued a winning streak they started in the fall by finishing first on a score of 30.9 in Open Prelim at Full Gallop. Their last competition was the Virginia CCI* in November, where they topped a field of 35 starters for the win. Prior to that, the pair finished first at both Tryon Riding & Hunt Club Horse Trials in October and Pine Top Horse Trials in September.

Tiffani purchased the 16-hand chestnut, who’ll be 7 in April, off the track as a 3-year-old and has been since been sculpting him into what she hopes will be her next upper-level partner. After a successful year at Prelim, she plans to move him up to Intermediate at his next event, especially since he handled yesterday’s competition with such aplomb.

A one-to-one triple in show jumping set on a slight downhill slope caught out several combinations, causing rails, run-outs and a couple falls. Tiffani had a hairy moment there as well when Hap, struggling to get a read on the line, squeezed a stride-and-a-half between each jump. He kept the jumps up, though, to finish clear with 2 time penalties. “He’s got some springs,” Tiffani laughed.

The rain-slicked cross-country course further thinned the Prelim field and, by the time they headed toward the start box, Tiffani was a bit concerned. “I had it in my mind that I wasn’t going to look at my watch — just go out, set his pace and let him coast. And he was great,” she said. Despite their cautious approach, they finished with just 1.6 time penalties.

Tiffani says Hap is well-rounded in all three phases, although his tendency toward spookiness is something they’re trying to work through in the cross country. “He wants to size up and look at the jump a little too much,” she said. “I’m wanting to gallop on down, and he’s kind of is checking himself a bit, so we’re slower across the jumps.” Luckily, she explains, he’s also very obedient: “The focus is not quite always there, but I can just kick him a little and shake him up, and he’ll be like, yes ma’am.”

So, a move-up next month and then … “We’ll take it one show at a time and see how it goes,” Tiffani said. “If he wants to go Advanced, he’ll go Advanced. But I’m hoping he’ll turn out to be a Rolex horse because I’m itching to get back there. 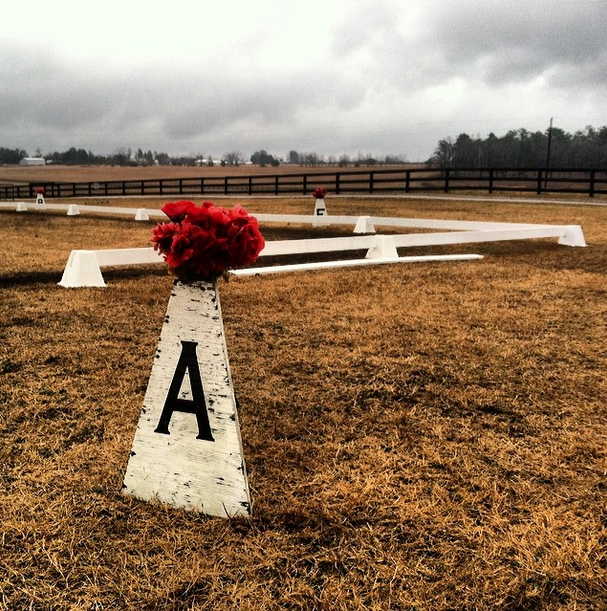 The cold rain that soaked Full Gallop’s morning divisions let up by the afternoon. Around 120 riders turned out for the Wednesday horse trials, one of eight the farm hosts throughout the year. When Full Gallop first emerged as an event venue in 2002, the only dates available were Wednesdays because the weekends were all taken. Owner Lara Anderson said, “People thought I was crazy because ‘Who’s going to come to a Wednesday event?’ Well, our first Wednesday event we had over 200 entries.”

Despite the damp chill, the mood at this week’s event was relaxed — although some of the horses, happy to be back out “on the playground,” were a touch effervescent in their performances. [Final scores here.] Lara explains that she wants Full Gallop to be a “fun, happy event” with courses suitable for knocking the rust off at the beginning of the season. “To introduce their horses to the season, to get them going — nice, flowing courses that aren’t easy-easy but something that they can come out and do and feel like they’ve done something,” Lara said. 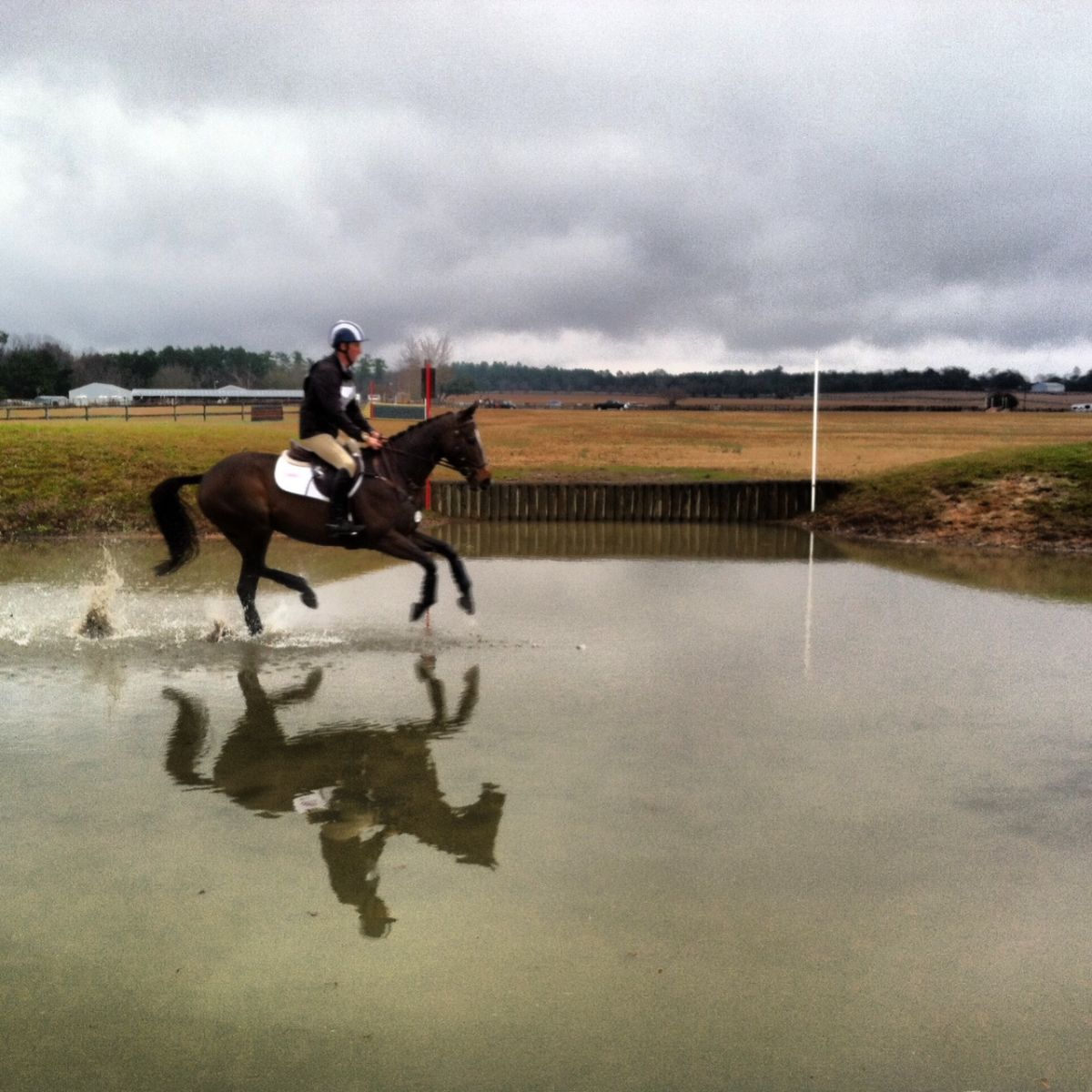 Andrew McConnon and CMA Special Messenger, winner of Novice B on a score of 31.8. Photo by Wylie.

The course — a destination for schooling as well as events — is a perpetual work in progress. Lara and her crew actively seek feedback from riders, trainers and designers about where to take things next. Last year’s project was a mound complex; this year’s was new banks. “We’re always asking riders, ‘What do you want to see?’ We try to put as many elements out there as we can,” Lara said.

This time of the year, Full Gallop is bustling on competition days and otherwise. Riders haul in for lessons with trainers based there, and the farm also hosts a revolving cast of 150 to 180 snowbirds over the course of the winter. Lara has her hands full — in addition to organizing competitions, coordinating boarders, riding, competing and managing a herd of rescue Thoroughbreds, she also holds down a “real job” as a realtor — but is energized by her passion for the sport. “This is my favorite time of the year,” Lara said. “I love it. I love to have people here. That’s why I built this facility in the first place; I built it to share, and I built it for people to enjoy.”