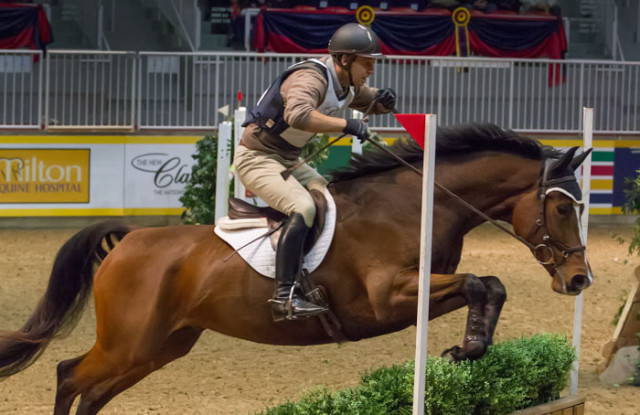 The husband-wife team of Tik Maynard and Sinead Halpin ended the evening at the opposite ends of the score board. Looking deceptively easy-going, Dutch Times and Tik Maynard glided around Clayton Fredericks’ 15 obstacle course, despite Tik’s later comments that the course looked “huge”.

Tik said he and Sinead Halpin arrived late Thursday night, but thinking his horse might be a bit “lookey”, he gamely got up four hours later to make the 5 a.m. slot Friday morning reserved for the eventers to ride in the arena. It paid off. 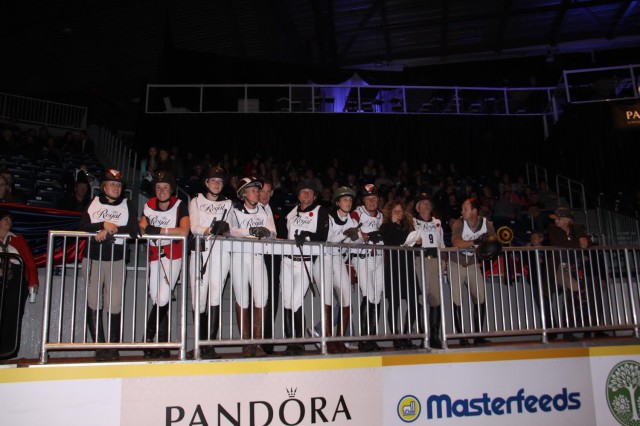 Waiting to walk the course. Photo from Denya Massey.

Forrest Nymph and Sinead worked hard, but pulled two rails, and the much loved Kilrodan Abbott (Eddie) with Peter Barry put in a steady dependable round, staying in the mix at 61.88.

The first to go, Colleen Loach laid down a seemingly unbeatable time, until Tik and Dutch Chance, the 9th of 10 horses, finished with .4 seconds to spare. The seven time winner, Waylon Roberts, had a very unusual run out on Faolan, but even with that, he was fifth, so no one should count him out until the last horse runs tomorrow night and the cumulative scores are totaled.

The evening had its highs and lows – the Shetland Pony race had the crowd on their feet, and despite running late, the crowd stayed put for the Horseware class which was challenging but quite ridable and not too “gallopy” with the combination of the bounce/bank, brush fences, a skinny, a corner, and stadium fences. Waylon reported back to Clayton that it was of the top two courses that he’s jumped at the Royal.

Selena O’Hanlon had a rough tumble at the same fence on her mother’s A First Romance (Solo). Both Solo and Selena walked out of the arena, although Selena was a few minutes getting up and posted on her Facebook page this morning that she had a broken collarbone to tend to. We’re sending healing thoughts to Selena – get well soon!

Tomorrow night is round two. Will Waylon claw his way back up the leader board for Win #8, or will Tik and Dutch Chance hold on? Tune in Saturday night – late! 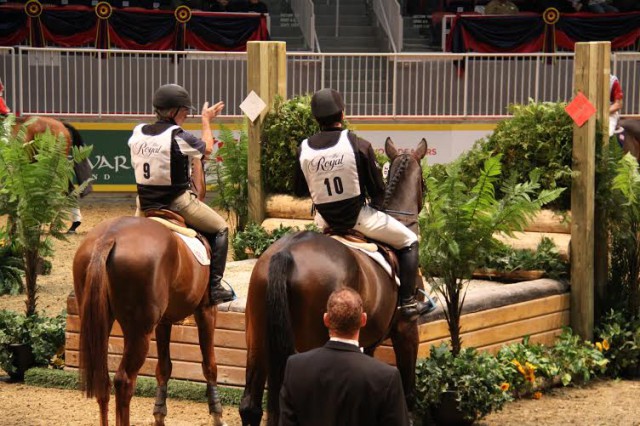