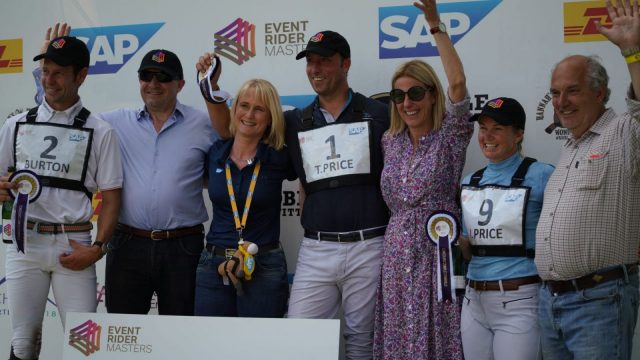 When Chris Burton crossed through the finish flags at Leg 3 of the Event Rider Masters Series at Arville, it seemed guaranteed that the “fastest man in the world” would take a repeat victory at Arville, but it wasn’t to be true — After initial celebrations, it was confirmed that he and Quality Purdey had activated a frangible pin, dropping them from the top and cracking the series wide open.

There were none in this field more poised for victory than World Number One Tim Price with longtime partner Wesko, a 16-year-old KWPN owned by The Windrush Equestrian Foundation. Fresh off a CCI5*-L win at Luhmühlen, his first ever ERM win this weekend becomes another accolade in a continuing hot streak. 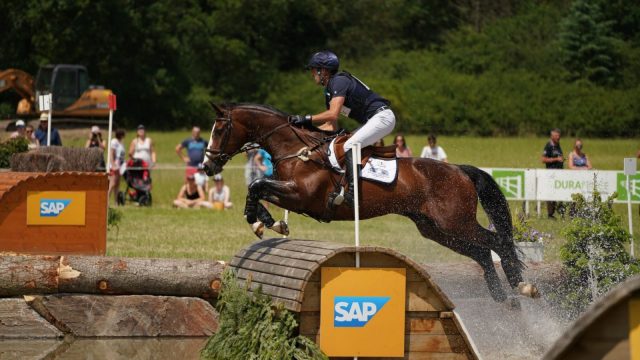 Tim was the very first rider to come home inside the time and the only rider to finish on his dressage score (30.5), and he celebrated by unceremoniously lifting his wife, Jonelle Price, from her her temporary place atop the ERM podium and setting her on level below in second place.

“The good horses make you look good, don’t they? I’ve missed him because of moments like that. He’s just so exceptional. The corner in the first water, I couldn’t quite see the line, but he was on it,” Tim said. “He’s just a fantastic horse. Of course, it’s a partnership, and we’ve been together for a long time, so it was great to showcase that at places like this. It’s nice to tick all the boxes and come home healthy.” 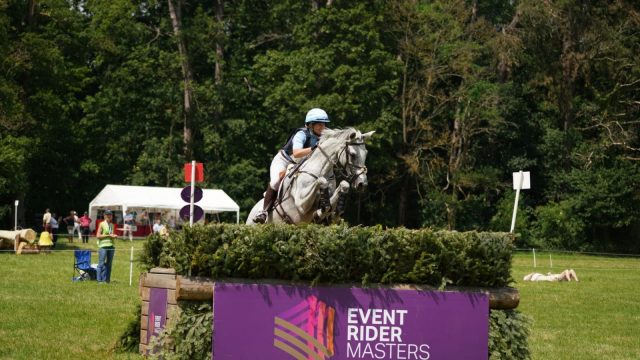 Jonelle had nothing but smiles and support to offer her husband as she celebrated second place with Faerie Dianimo, who is owned by Trisha Rickards, Jacky Green & Jonelle. This was the mare’s first international outing since winning Luhmühlen last year, and she had a great show of it, adding 6.8 time penalties to finish on a score of 39.1.

“I’ve been a bit absent from this podium, so it’s nice to be back, especially with this little mare,” Jonelle said. “She’s quite a busy little mare. She’s a bit of a handful — a very good handful — but she is a feisty little thing. A twisty, turny track shows that a bit more, but she showed all her experience, and it’s just fantastic to have her back at this level.” 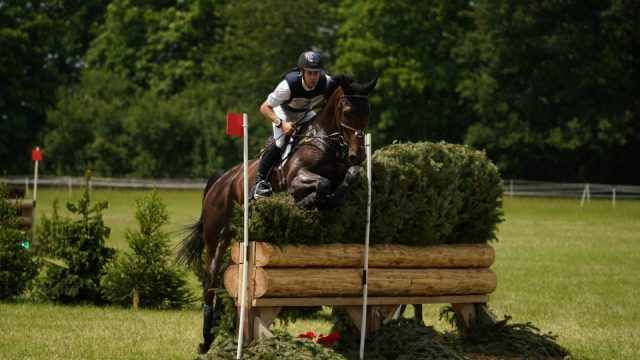 The front rail of the triple bar at fence 11 was Chris Burton’s bugaboo this weekend, but he was still thrilled with Quality Purdey’s performance for third place on 40.7 points.

“I heard the timber go down, and I tried to look back to see it,” Chris said. “I feel bad for the horse because I didn’t feel like she hit it that hard. Obviously we respect the rules, and the MIM clip is a really great system and a great rule for the safety of horses and riders. I’m still lucky enough to be on the podium, and being behind these two is no mean feat.”

Despite the small blip, his result at Arville gives him the lead of the 2019 ERM series on 54 points. Jonelle follows in second on 46. Third place in the series so far stands Laura Collett who missed out on valuable series points when she and Dacapo had a drive by at the angled Wilberry Wonder Pony Shoulder Brush that dropped them to 12th on on a score of 69.8.