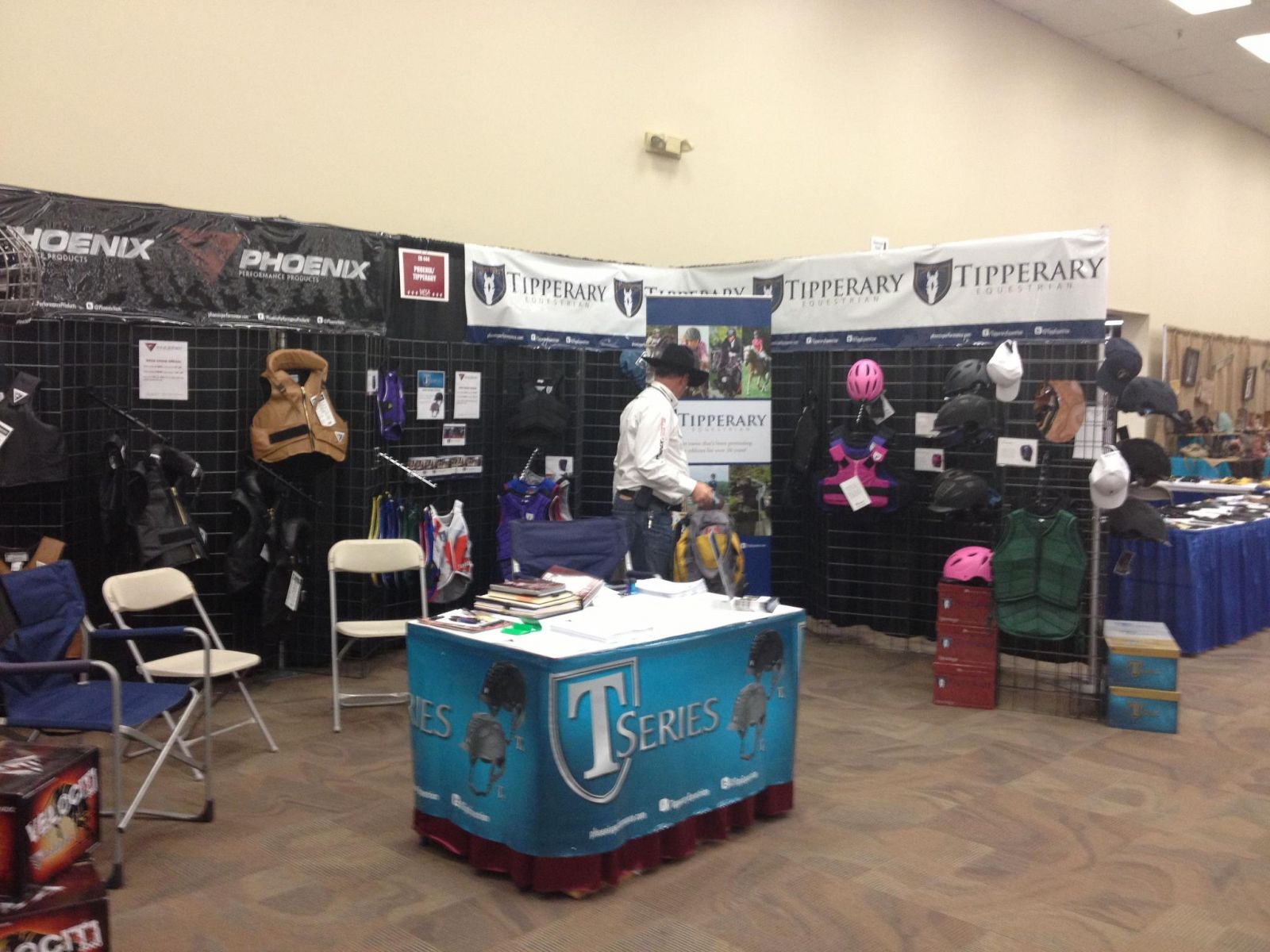 Tipperary's booth at WESA. Trade Fairs are pretty common in January. That means new product lines will be hitting the shelf soon! Photo via Tipperary's FB.

Happy Weekend, Eventing Nation!!  It’s supposed to be a weekend of 70 degrees and sun here in North Carolina.  I’m going to get in as much pony time as I can before the week of rain comes next week.  From the look of my Facebook friends’ posts, a lot of people are in the process of making the move south.  I would be lying if I said I wasn’t jealous!

The next Bonnie Mosser Clinic is scheduled: 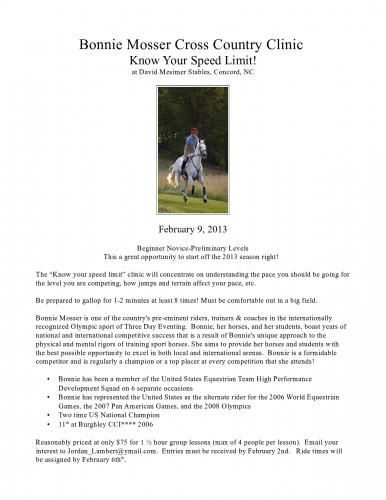 The following came to me from my sponsor, Snider’s Elevator:

Ja-Lin-Bar horse rescue @ 10421 Back Rd. Fannettsburg, PA 17221 had a bank barn fire. It destroyed one of the oldest barns in the valley and is a loss to the rescue. No animals were lost in the fire. They usually have 15 horses on average. The Wineman sisters who run the barn have been customers here for years. They did not solicit donations from us, but I feel compelled to pass their info alo…ng. Their barn manager came in to purchase some things and told us that they lost all of their hay and meds. They still have feed. They lost most of their other supplies like pitch forks, shovels, leg wraps, etc. if you want to contact them here are their numbers:

or you could come in and give them a Sniders Gift certificate, several people have done that. Anything will help these kind souls who help the animals. Thank you.

If you are interested in helping through the store, the number to Snider’s Elevator is 1-800-C-SNIDER.

Tips for Grooms and Barn Managers by USEventing TV

And I leave you with more of Fledge, the Mustang, and Elisa Wallace.  They are working on their Liberty routine.  Lateral work with just a dressage whip and no rider.  I’m impressed.