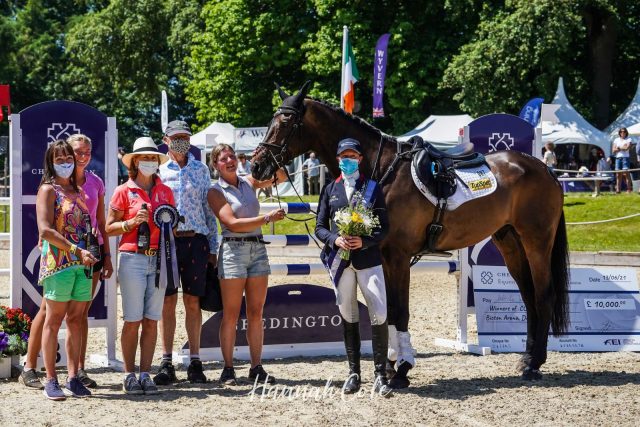 “JL Dublin normally gets very excited and squeals in the warm-up, but today he really had his brain in gear and I thought and hoped that this might be our day,” says Nicola Wilson, whose ten-year-old Holsteiner mount, owned by Jamie and Jo Lambert and Deirdre Johnston produced a polished, professional clear round in today’s showjumping finale to take the Bicton CCI4*-L – his first international win and only his second run at the level.

Though he’s ordinarily overshadowed by stablemate Bulana, who’s on the longlist for Tokyo, it’s evident from his classy performances here that the relatively inexperienced gelding is a serious star in Nicola’s line-up. Sub-30 scores were few and far between in the first phase, which he led handily on a 28.7, and despite just 35.7% of yesterday’s cross-country starters producing a clear round, he ate up Helen West’s beefy, bold, and technical course to sail home inside the time and maintain that top spot. There was no room for resting on one’s laurels in the final phase, either: the showjumping track was built as tough as the cross-country, with just a third of the class having jumped clear rounds in yesterday’s CCI4*-S, a statistic that was nearly equalled today. 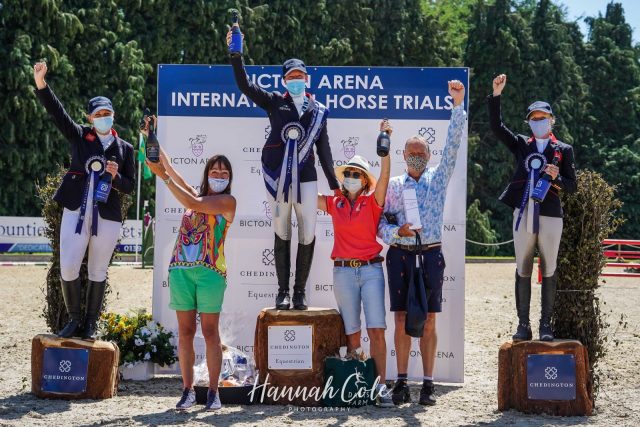 The feature class’s podium celebrates at the culmination of the class. Photo by Hannah Cole Photography.

But JL Dublin looked neither tired nor careless from the moment he cantered into the arena, and he sailed with verve and polish over the big track, never coming close to breathing on a single fence — not even the fickle brick wall at 8, where so many horses dislodged a solitary brick through the course of the afternoon. As the class came to a close, he would become one of just five horses to finish on his dressage score, finally giving Nicola the Bramham win she’s chased for so long – just not actually at Bramham.

Third place went the way of Gemma Tattersall, who was the only rider to bring two horses home inside the time on yesterday’s cross-country. Both jumped clear, classy rounds today – helped, certainly, by Gemma’s ‘second career’ as a showjumper – and finished in the top ten, with Santiago Bay rounding out the podium and Chilli Knight taking seventh place. Kirsty Chabert pulled out another excellent performance, jumping clear for fourth place with Classic IV, while Laura Collett rounded out the top five with seasoned campaigner Mr Bass after producing a faultless, economical round. Notably, Sarah Bullimore‘s homebred Corouet, who has been longlisted as a reserve for Tokyo, finished sixth after adding just 2.8 time penalties yesterday to his 30.2 dressage. 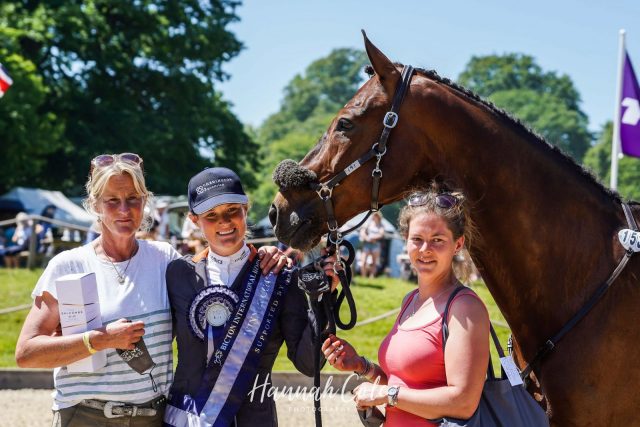 Twenty-two year old Bubby Upton took the spoils — and her first national title — in the CCI4*-L for under-25s, though it wasn’t on the horse many had expected. She went into today’s showjumping in first and second place, after delivering the only clear inside the time across yesterday’s cross-country and once again proving a maturity beyond her years in her riding. An early clear round jumped out of order on her second-placed Cannavaro secured her the win just moments into the start of today’s showjumping, and a rail in hand for her Young Rider silver medallist Cola III, who is generally a reasonably reliable showjumper, made a one-two finish seem almost inevitable. But it wasn’t to be: a surprising three rails toppled, moving her to fourth place on her likeliest champion and allowing 14-year-old Cannavaro to make his first-ever international victory a big one.

“I’m finally a British champion!” says Bubby, who has represented Britain in five European Championships at Pony, Junior, and Young Rider level and became Junior European Champion in 2017. A national title, though, has long eluded her.

“Six times I have been in the lead for a national title, but never won it,” she says. “Cannavaro is a class jumper and this shows he’s got a future. He has a heart of pure gold. Cola was just a little bit flat, but it’s his first mistake this year.” 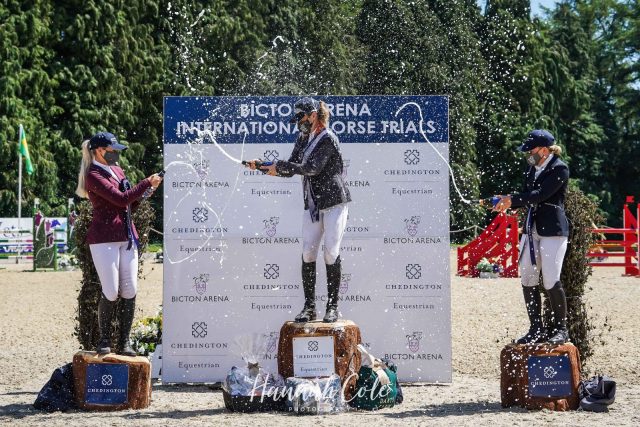 “She’s only little, but she’s feisty and she answered every question,” she says of the mare, with whom she finished fifteenth at a tough Seven-Year-Old World Championship at Le Lion d’Angers in 2019.

Yasmin Ingham rounds out the podium in third place with Banzai du Loir, the exciting French-bred gelding she’s producing with the Paris Olympics in mind, and who was tackling his CCI4*-L debut this week. Though the last fence fell in their impressive round, the strength of their two-phase performance before it ensured that they didn’t lose any ground on the leaderboard. 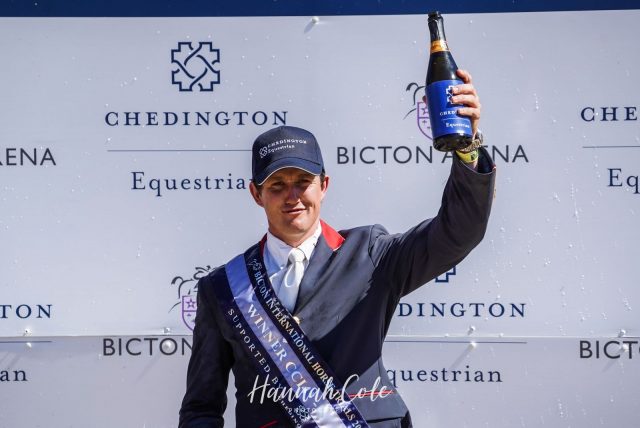 Tom McEwen raises a bottle of the good stuff to another excellent result with Toledo de Kerser. Photo by Hannah Cole Photography.

Finally, a hot CCI4*-S took to the cross-country course today, with the British longlisted pairs at the forefront of public attention. A rare rail for Laura Collett and London 52, last year’s Pau CCI5* winners, pushed them out of the top spot yesterday, and so Tom McEwen and Toledo de Kerser (also a Pau winner, this time in 2018) left the startbox hunting for the win – and looking to further cement their already enviable grasp on a Tokyo place. Ultimately, they would come home bang on the optimum time of seven minutes – despite Tom’s decision not to staunchly run to the clock. 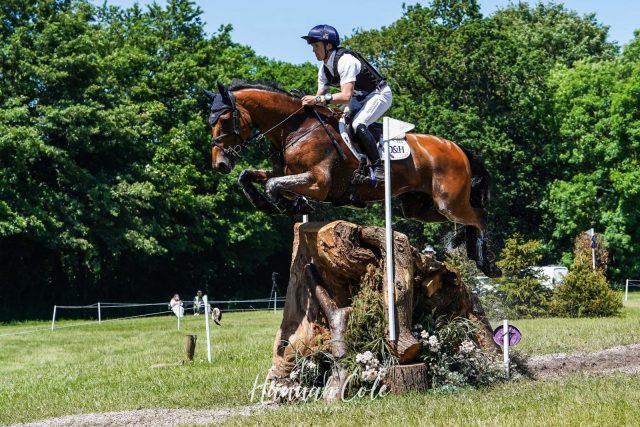 “I don’t often run too quick, and I didn’t know whether to run quick here or not,” he says. “But he was phenomenal and cruised around as honest as the day is long. I did know where some of the minute markers were, but I just relied to establish the rhythm.”

Though Tom and Toledo have arguably been one of the British team’s most obvious choices for selection – a remarkable enough feat, considering the strength of Britain’s riders – he still needed to produce a great performance over a modified version of a course that had caused its fair share of problems. But at just 30, Tom is already a seasoned campaigner under pressure – and it’s in these high-intensity situations that he thrives.

“I’ve actually loved the pressure of this weekend – though it’s maybe come across that I’ve ridden a bit more desperate than I usually would,” he says. Like many riders, he went on to praise the tough courses designed by Helen West and Captain Mark Phillips.

“This is the way eventing should be – for safety reasons, more than anything. After doing a course like this, you know you’re ready for the next level.” 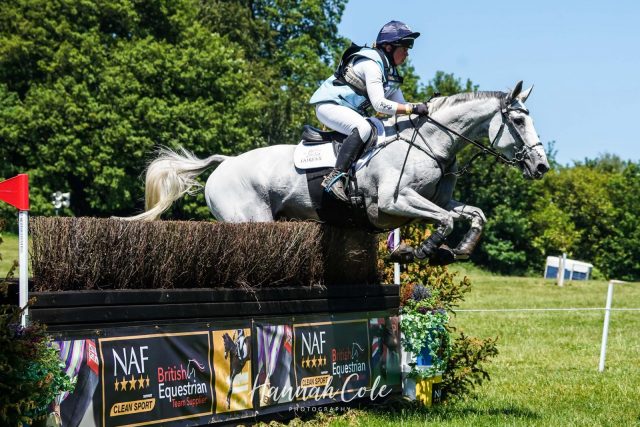 Kitty King‘s Vendredi Biats is on his third change of plans here — he was initially entered to run in the CCI5* at Luhmühlen, and then rerouted to the CCI4*-L here before swapping into the CCI4*-S to run the selection trial as one of the longlisted pairs. All that manoeuvring paid off, though; the Selle Français gelding, who won Bramham’s CCI4*-L in 2019, worked exceptionally throughout the week and finished on his dressage score of 23.1, giving the British selectors plenty to think about. 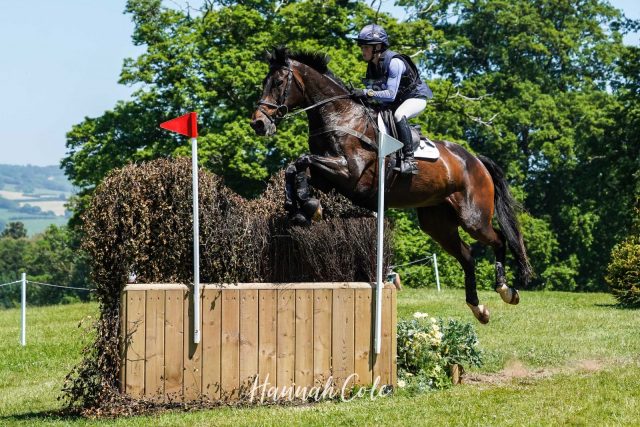 Ros Canter and Allstar B. Photo by Hannah Cole Photography.

Following them in third are the reigning World Champions Ros Canter and Allstar B, who once again demonstrated their enviable consistency when scoring a 23 in the first phase and adding just 1.6 time penalties to it today.

First-phase leaders Laura Collett and London 52 cantered home nine seconds inside the time, putting paid to any remaining doubts anyone may have had about their incredible run o form. Their fourth place finish means that the top four spots on the leaderboard go to longlisted combinations – and if the team were to be plucked straight from those positions (it’s not, for what it’s worth), it would be a formidable one indeed. 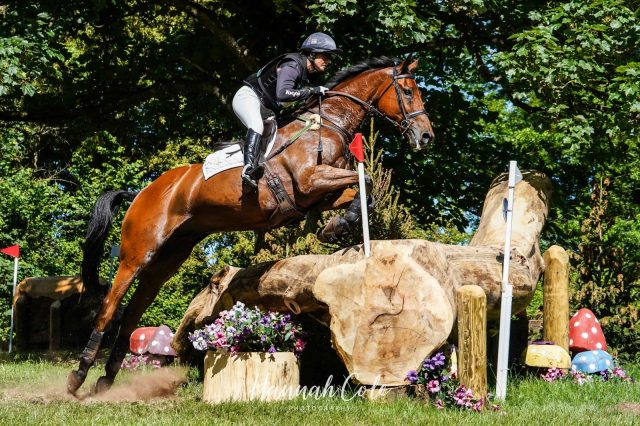 But then there’s Oliver Townend and his two-time Kentucky winner Cooley Master Class – listed as reserves for the British team — in fifth after adding just 1.6 time to their 24 dressage; longlisted Piggy March and her Pau runner-up Brookfield Inocent in seventh after pulling a single rail; and Nicola Wilson and Bulana in eleventh with four time penalties. 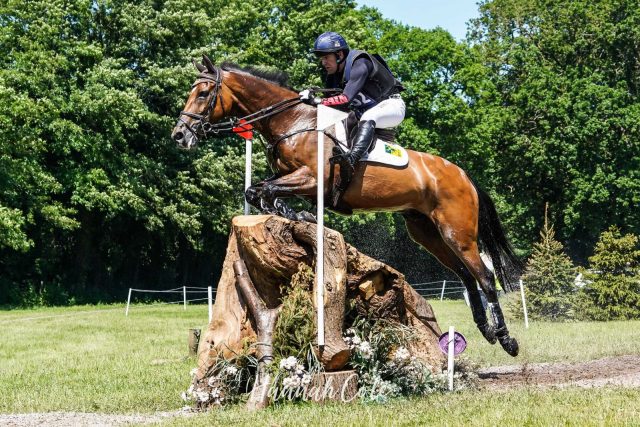 There will be few jobs harder than making the call for Tokyo – thank Eventing Jesus, anyway, for the European Championships and Aachen to follow, so more of Britain’s incredible pairs can get a team outing in. 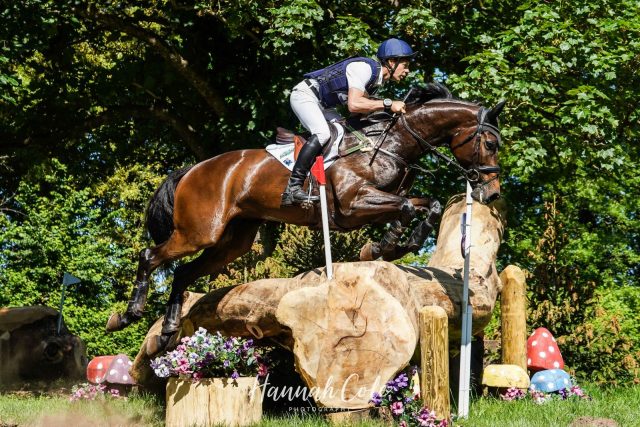 It’s fitting that the best-placed non-Brit was Australia’s Chris Burton, who finished sixth with Quality Purdey after producing the first clear inside the time — and thus the first FOD — of the day. Chris is based at the stunning Chedington Estate, the title sponsors of this week’s competition.

And so we wrap up a remarkable week at a truly memorable event – a return to long-format sport in Britain, and a true test of guts and gumption. Until next time: Go Eventing!

The top ten at the culmination of Britain’s last selection trial, incorporated into a hot CCI4*-S.