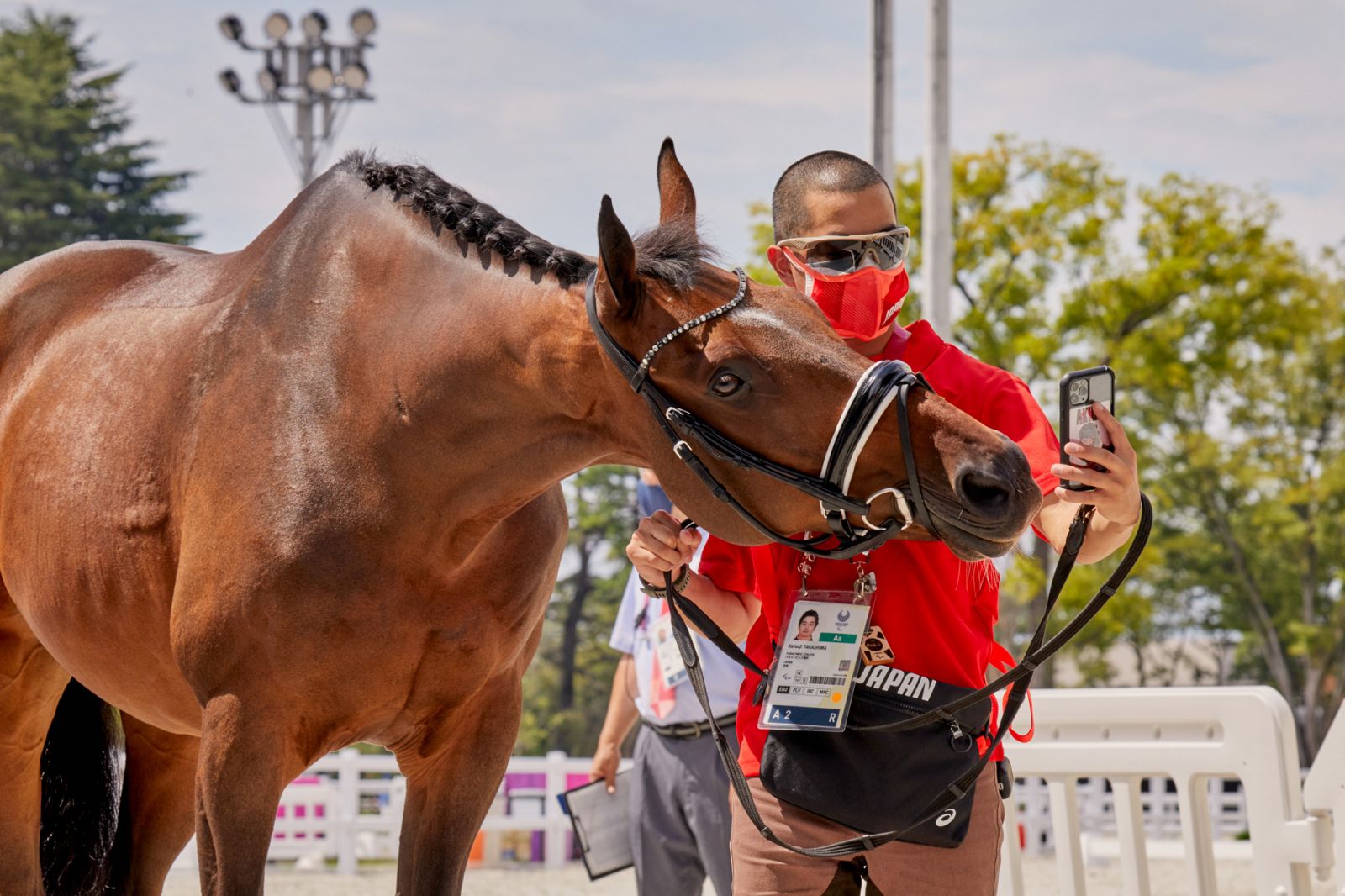 On the 25th anniversary of the introduction of Para Dressage in the Paralympic Games, the field of 77 athletes from 26 countries in Tokyo promises to be the most competitive yet.

Expect to see fierce competition in the arena as reigning champions go head-to-head to defend their titles, while newcomers and seasoned campaigners look to upset the odds and take their place on the podium.

The Equestrian Park at Baji Koen will be the focus of fantastic sporting performances, finesse and artistry over five days of competition. The athletes are not just here to look pretty in the arena, they’re here to get the gold medals they want so desperately.

And everyone has their eye on the top prize in the Team competition, which will see 15 nations compete for the honours. Great Britain have been the title holders since the competition started at the Paralympic Games in Atlanta 1996. And, while they remain a strong contender at Tokyo 2020, they face their toughest challenge yet from the Netherlands and Team USA.

Team USA currently top the FEI Para Dressage Paralympic Team Ranking and their charge for gold will be led by overall individual world number one, Roxanne Trunnell. Building on strong performances at the FEI World Equestrian Games™ 2018 in Tryon (USA), the team has since developed into a Para Dressage powerhouse with high hopes for Tokyo 2020.

Paralympic Games always have an element of surprise and, with just three athlete/horse combinations, team results could turn on the smallest of margins. With Germany, Denmark, Australia, and Belgium in the mix too, it is difficult to predict the outcome.

While Grade I should be dominated by Roxanne Trunnell, she faces stiff competition from World and European medallists, including current double World champion Sara Morganti (ITA). Singapore’s most decorated Paralympian, Laurentia Tan, will want to add to her medal collection, and World number two, Rihards Snikus (LAT), is due a Paralympic podium finish too. Look out for the current European champion, Jens Lasse Dokkan (NOR), who is the only Para Dressage athlete to have competed at every Games since Atlanta 1996.

Lee Pearson (GBR) and Pepo Puch (AUT) went head-to-head for medals at the Paralympic Games in Rio 2016 and constantly tussle for the top spot whenever they compete together. Puch is currently the World number one in Grade II, with Pearson third. Extra frisson has been added to this competition with the last-minute inclusion of Great Britain’s Georgia Wilson. Ranked second in the World in the Grade and the athlete who famously beat Puch for the Freestyle title at the FEI European Championships 2019 – her first major competition – she was called up to the British team following the withdrawal of Grade I athlete Sophie Christiansen.

It’s going to be a tight tussle at the top in Grade III, which includes Rio 2016 Individual, Freestyle and Team gold medallist Natasha Baker (GBR), as well as Rixt van der Horst (NED), who won Individual, Team and Freestyle gold medals at the FEI World Equestrian Games™ 2018 in Tryon (USA). Joining them will be Tobias Thorning Joergensen (DEN), who took Individual and Freestyle gold at the FEI European Championship 2019 in Rotterdam, and is currently ranked number one in the Grade III Para Dressage World Individual Ranking. Also included in the mix is Rebecca Hart (USA), the world number two in this Grade, as well as Emma Booth (AUS), and van der Horst’s teammate and Paralympic debutant, Maud De Reu (NED).

Grade IV could prove to be the hottest ticket at the Para Dressage competition, as Sanne Voets (NED) bids to add Paralympic gold to her European and World titles. Riding the brilliant Demantur N.O.P., Voets has come out of the pandemic year looking stronger and more confident than ever. However, Rodolpho Riskalla (BRA), runner-up to Voets in the Individual and Freestyle Tests at the FEI World Equestrian Games™ 2018, will be hot on her heels. They will face competition from Kate Shoemaker (USA), who picked up a Freestyle bronze in Tryon 2018.

In Grade V, Michèle George (BEL) will be looking to add to the Freestyle and Individual gold medals from London 2012 and Freestyle gold in Rio 2016. Her country’s flagbearer at the Tokyo 2020 Paralympic Games’ Opening Ceremony, she is here in Japan with a new horse, Best of 8.

For many years now, the Grade V has been dominated by George, Sophie Wells (GBR), and Frank Hosmar (NED). The trio will be vying for a place on the podium again this week, but will need to look out for the likes of Regine Mispelkamp (GER), Natalia Martianova (RPC), and George’s teammate Kevin Van Ham (BEL).

Competition gets underway on Thursday 26 August and runs to Monday 30 August. The forecast is for hot weather, and hot competition too.