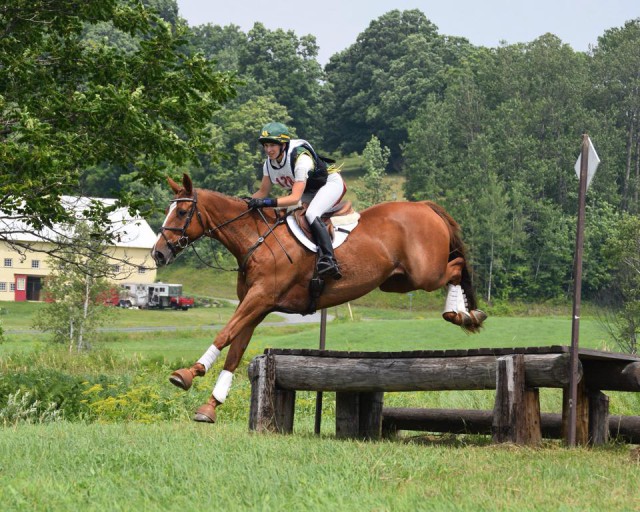 I’m going to go out on a limb here and guess that most competitors have a mental or actual check list before leaving the farm for a show. Typically we like to have all our ducks in a row.

We like to be timely. We have crossed every “T” that needs crossing, and dotted anything that resembles an “I.” We are thorough and precise. We pack enough of everything plus extras. Nine times out of ten, we know our dressage test and we are more or less ready for the level we signed up for.

There’s so much that goes in to getting ready for and preparing for a show. Not to mention, when you’re actually competing, there are a number of things you simply do not want to even think about.

Perhaps you are late filing your taxes. Doesn’t matter. Leave it alone until you get home. Maybe you are having an argument with your sister. Put it on the backburner, because you came here to compete.

Life gets in the way, and thus we have to compartmentalize certain distractions when competing. However, what are we supposed to do when more apparent, but unexpected issues present themselves, say wardrobe malfunctions? What then? Here are my top four wardrobe difficulties while competing:

1)      Dressage Coat Buttons. There I was at GMHA, maybe three years ago. My horse looked immaculate, groomed, bathed, and braided to perfection. I was putting the finishing touches on myself. Hairnet, helmet, gloves, check. Boots polished and on, check. Dressage whip within reach.

I stupidly had my jacket on while I bent down to put my spurs on and POP, there went not one but TWO buttons. I am supposed to be in the ring in less than thirty minutes. How humiliating.

2)      Bursting Breeches. I will never forget my breeches incident of ’97. I was young, naïve and new to this whole competing routine. I also didn’t realize I had grown significantly in the last year since I had worn my show breeches last. So there I was galloping, or maybe the right phrase ought to be barely cantering on cross country, when all I hear is R-I-P!

“Hmmmm,” I thought to myself, “there goes the back side of my pants, Im pretty sure my breeches just split down my butt.” I was mortified to say the least.

3)      Tall Boot Zipper. I wasn’t actually at an event when this lovely incident occurred, however I was at a local jumper show and was riding in front of an audience. I went in for my second round, and immediately felt my leg slipping around and an odd loose feeling occurred.

My zipper had popped open and my course was getting progressively worse. I could NOT stop thinking about my boot and how the calf part of the boot was flapping around loosely in the breeze. What a serious pain. Which reminds me I need to purchase a backup pair of emergency tall boots for this very reason!

4)      Loose Armband. Okay, this might sound incredibly minor and insignificant, but I have a different view on armbands after competing at Loch Moy last fall. I had entered the most challenging event I have ever been to as my third Prelim. Normally I would never have thought this would be a good idea, but when you’re sitting on a horse who has successfully competed through the two-star level, you adjust your realm of possibilities meter.

I thought I could handle this event, and knew Vinnie could handle it without a problem. I was about half way around cross country, when I had a long gallop stretch before a massive table, uphill to the water complex. This was not a time to get distracted.

However, before I get to the table, my arm band slips all the way down to my wrist. I kept fussing with the armband until it was sort of back in place, and went about my course. Before we left Maryland, I purchased a new armband. The ten bucks was worth it I think!

So, what sort of interesting wardrobe malfunctions have you experienced?