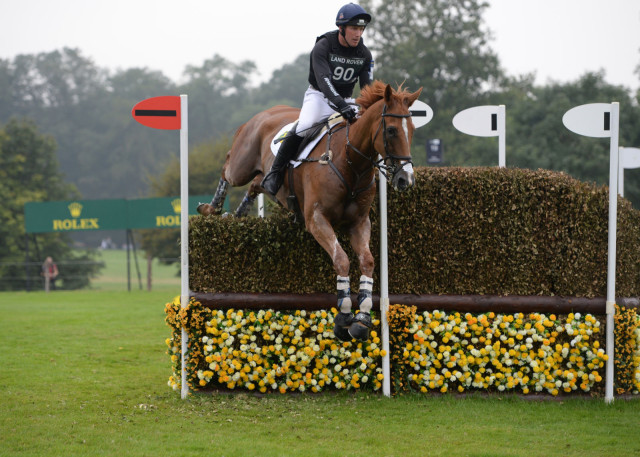 It was a tricky day out on cross country for Burghley competitors, and at the end of the day it’s a very experienced and diverse group sitting atop the leaderboard. The time proved to be one of the more influential factors for riders today, with even notoriously quick riders such as Jonelle Price and Oliver Townend coming in over the optimum time.

It’s a well-known fact that the ground at Burghley is taxing and makes the time difficult to obtain. This year, it seemed to be especially challenging as not one pair came home under the time. Andrew Nicholson took us all to school on how to get things done, clocking the fastest time of the day to pick up just 5.6 time penalties.

The overall theme in hearing from many of the riders is that the time got away from them quicker than they anticipated, and on a course that never lets up it’s hard to make up time on a very demanding track. 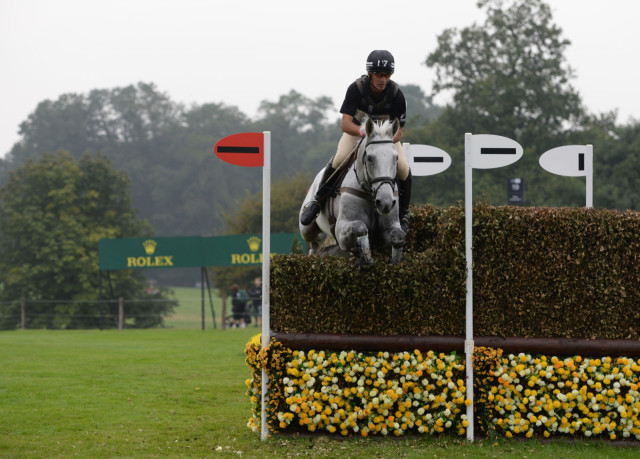 “I thought it went really well, the conditions were perfect. All I can do is ride to the best of my ability and all Avebury can do is jump to the best of his,” overnight leader Andrew Nicholson said in the press conference. “He just has such a dependable and competitive attitude, he can deal with the terrain pretty easily and he loves the crowds. They seem to get closer every year and this year they were noisier than normal which most horses get nervous with, but he loves it. This is one of the best partnerships I’ve had, he’s very consistent, he comes out with the goods and hopefully he will tomorrow.”

Click for an audio interview with Andrew (all quotes and audio clips courtesy of Revolution Sports).

Sitting in second after today, Australia’s Sam Griffith’s was thrilled with Happy Times’ performance as he attempts to take home a second leg of the Grand Slam. 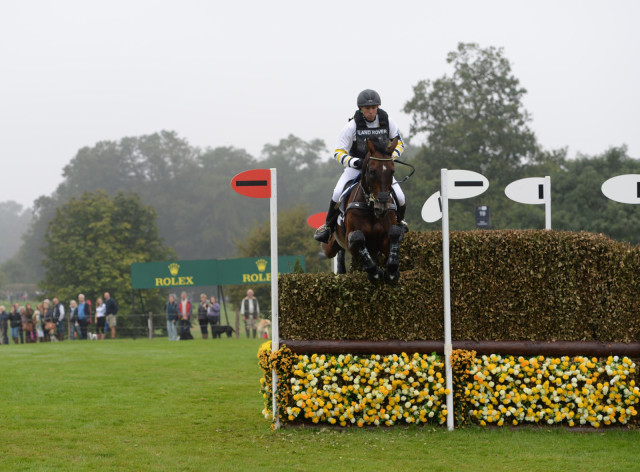 Third placed Oliver Townend was another who really booked it home to get as close to the time as he could. Based on the reports I saw this morning, Ollie was putting his foot down on a very game Armada, and this pair certainly got their job done.

Jock Paget is also out for a win this weekend, and sits within striking distance in fourth place after picking up 16.4 time penalties. In his post-ride interview, Jock said he thought he left a bit on the table by not pressing a bit more for time, but he knows that anything can still happen tomorrow.

Many thanks to Revolution Sports for providing us with these fantastic post-ride interviews from the riders. We’ll have much more from Burghley coming your way in the next day, so keep it locked right here!