I event a mare. A young mare. She is wonderful, impatient, ballsy, quirky, intelligent, athletic, sensitive — the list goes on. Last year, when she was 7, we made it to Training level (with a few bumps along the way), and got our first NQR.

Then we had a few decades of winter, something like a mini-ice age — typical for Wisconsin. And after a solid 7 months in an indoor without a blade of grass in sight, we started out this spring with two Novice level events. I have some amazing help in the form of a few trainers, and after July’s Novice event my mare and I were rolling up to last weekend’s Training debut like a purring diesel engine. 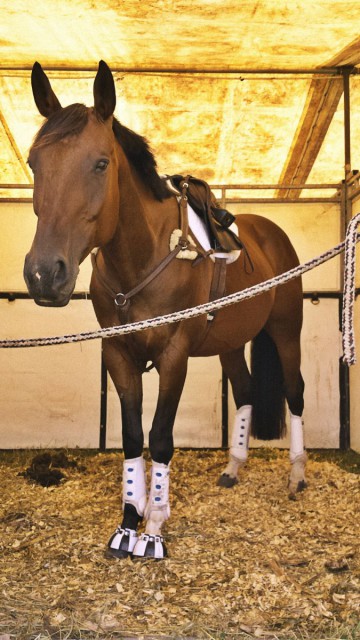 The beast herself, ready for some cross country action.

My trainer Allie and I traveled, together with our two bay rescue mares Lili and Lucy, in my rig to Catalpa Corner Charity Horse Trials in Iowa City, IA. We rode the night before the competition around the gorgeous grounds with a blazing sunset silhouetting our mares’ lovely, relaxed frames. We met up with old friends, chatted it up with new ones, inflated the air mattress and tucked ourselves in the trailer’s tack room for the night.

Dressage came early for both of us the next morning, with cross country following very quickly after. Allie went out Prelim on her mare first and brought in a double clear (whoop!), and within half an hour I was warming up. 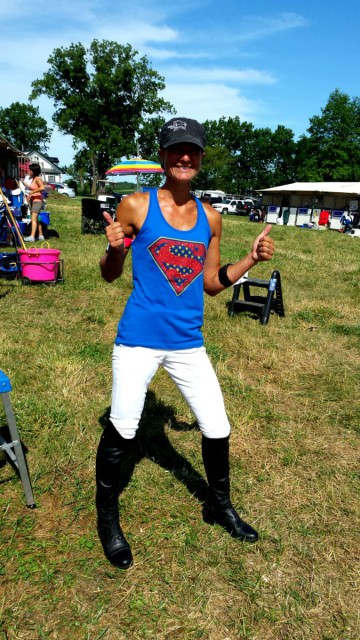 Warm-up felt okay. Lili was jumping pretty well, I was feeling nervous but without that edge of needing to puke or flee. I spent a minute and a half wandering in and out of the start box . . . and Lili came out of it already backing off the first jump. A simple log. Her eyes were everywhere but the fence and I could feel how far they were bugging out of her head. She fishtailed to the log and jumped it like something was going to reach up and grab her legs. Oh, lord.

I don’t know this horse. The mare underneath me at the start of that course was not the mare that has spent the last four years dragging me to fences. She is not the mare that all of my trainers have been helping me teach how to wait. She is not the ball-busting, eat-it-up cross country machine I had three weeks ago at our last competition. This mare is scared. She is nervous. And suddenly, so am I.

We made it over four fences. At fence 5A there was a stop, a flash of big bay ears, and a bang, and then I was sitting on the mushroom coop with my legs sticking out in front of me and my air vest inflated, listening to the jump judge radio ‘rider fall’ as I unbuckled the reins to extricate them from the running martingale. Eventing at its finest. 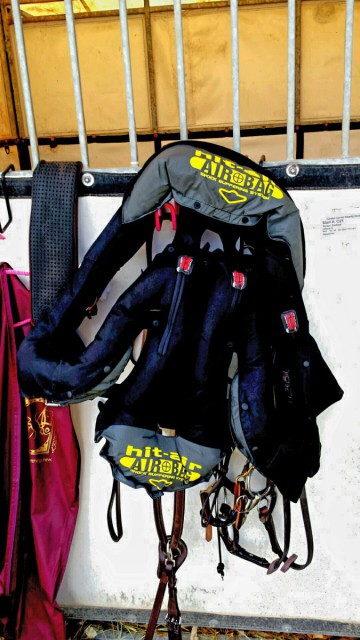 Airbag of shame. I poofed.

Fast forward. Through the long walk back, all of the extraordinary folks who asked if I was okay, sympathized without judging me, poured me a drink and handed me a cupcake. Eventing is really filled with amazing people. 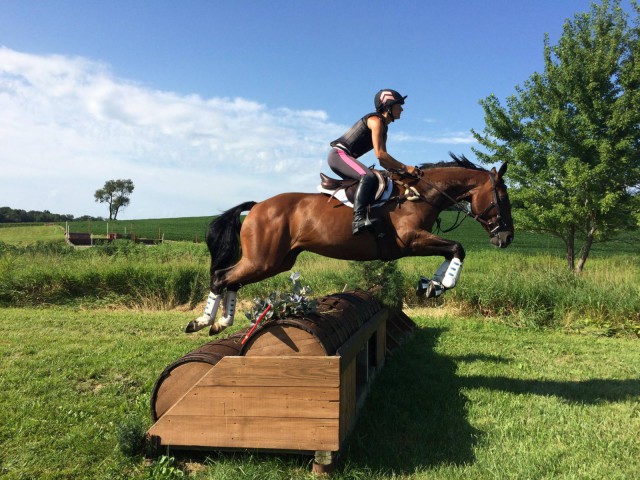 One of Catalpa’s many gorgeous XC jumps. Schooling success on day two!

The next day I went out on the course schooling with Allie. The organizers were so kind and offered free schooling to those of us whose weekends went unexpectedly awry. We warmed up, got a few kinks straightened out, and started the course again. Fences 1, 2, 3 and 4 were great. Fence 5A was the 24-hours-later replay of the day before, and off I went again.

Confidence level? Somewhere between ‘don’t-cry-you-weenie’ and ‘I’m-not-getting-back-on’. I don’t typically fall. I have decent stickability and take lessons to keep improving my form and function, and usually my mare is very honest, so falling is not something that factors into my normal routine. Twice in two days at the same fence sucked the bottom out of my bravery.

Fences 5A and 5B were a rounded coop on a diagonal line down, across a little stream, and back up to a corner.

I got back on. I re-approached to the coop. I listened to everything Allie was calling to me as we cantered, straightened, and headed for the jump. I gritted my teeth so hard I probably nearly bit my tongue off. I held my core just as much in an effort to kill the butterflies as in an effort to stay on top of my damned saddle. I pushed the voice screaming ‘I don’t wan’t to!’ to a corner of my brain and snugged my legs around Lili’s barrel. I may have even been brave enough to keep my eyes open.

She sailed over. I think I started breathing again. There was a lot of neck rubbing going on.

We jumped the corner alone after that, then put the line together. Suddenly I had my mare back, and she was gunning for the fences again. Allie coached me through the rest of the course, some of which was easy and some a bit trickier. In the back was a max-everything table with brush on top that tested the depth of my newfound (if somewhat shaky) confidence. Lili earned her carrots and I earned my ice cream at that fence. 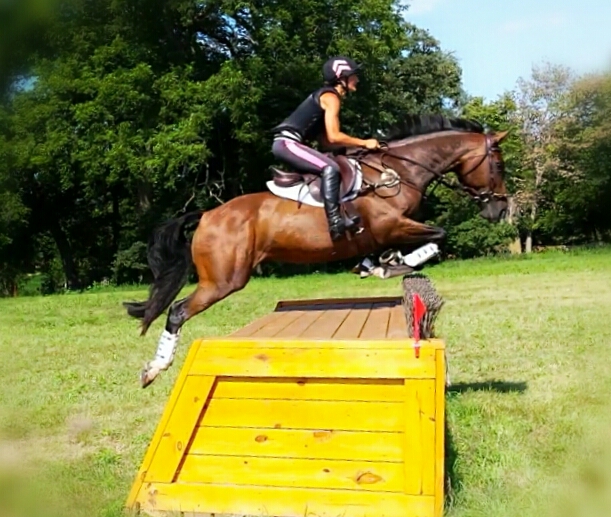 Clearing the enormous brushbox, earning our stripes out schooling.

I learned a lot this last weekend. So did my fabulous mare. I learned some things about how far I can push myself, about real determination and facing fear. I found a lot more grit than I thought I had.

And I’m about to learn how to re-pack an airvest.

Fences 5A and B at Catalpa Corner Charity Horse Trials.