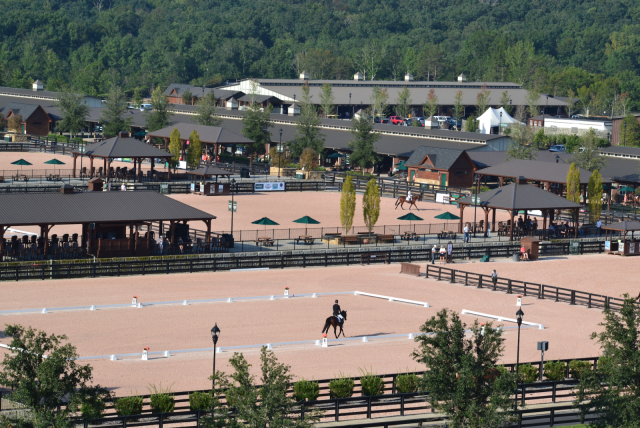 Overlooking the dressage arenas and some barns at TIEC. Photo by Leslie Wylie.

If you didn’t make it to the 2016 American Eventing Championships at Tryon International Equestrian Center, you’ll get another shot next year. The USEA has announced that TIEC will host the next edition of the AEC on Aug. 30 – Sept. 3, 2017, with the Colorado Horse Park named as host site for 2018.

Historically, the AEC stays at the same location for three years, but in an effort to facilitate participation and accessibility on both sides of the country, the USEA and the Tryon Equestrian Partners agreed that the Colorado Horse Park would host the championship one of the three years. While the 2017 location of the AEC has been available to all of the USEA Areas and Organizers through the regular calendaring process the USEA is seeking to dispel any confusion with this release. 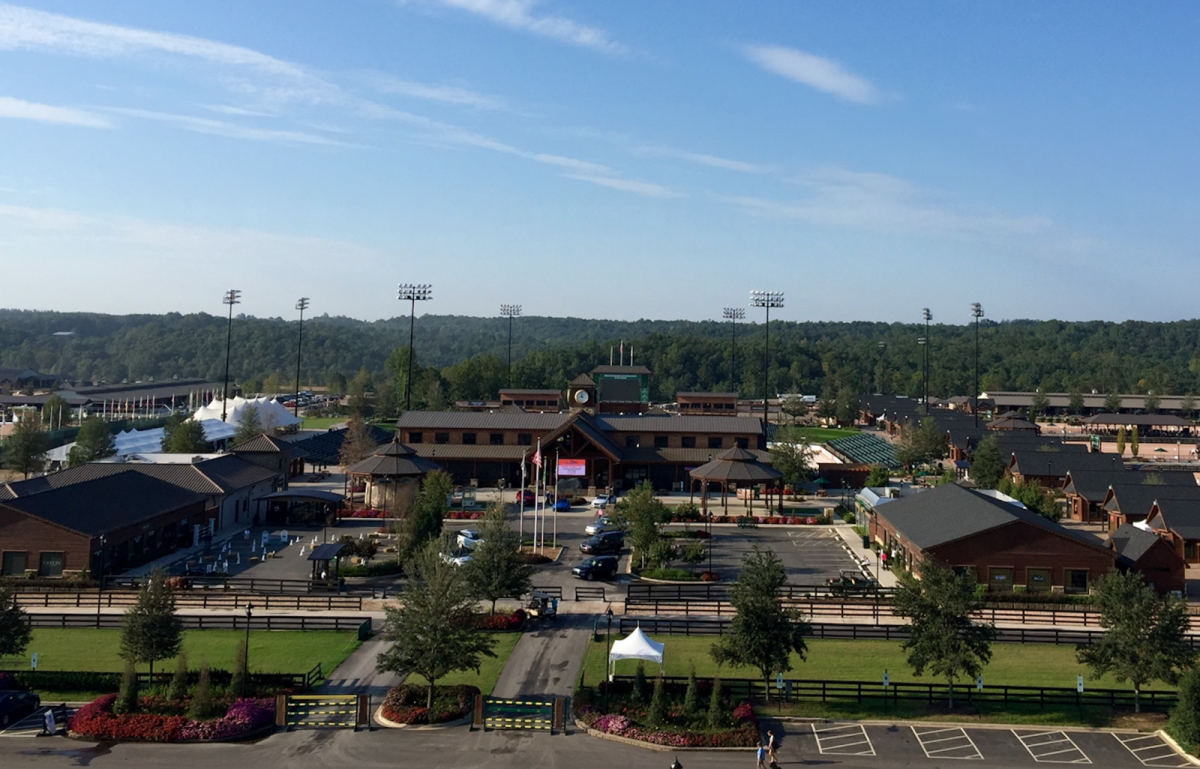 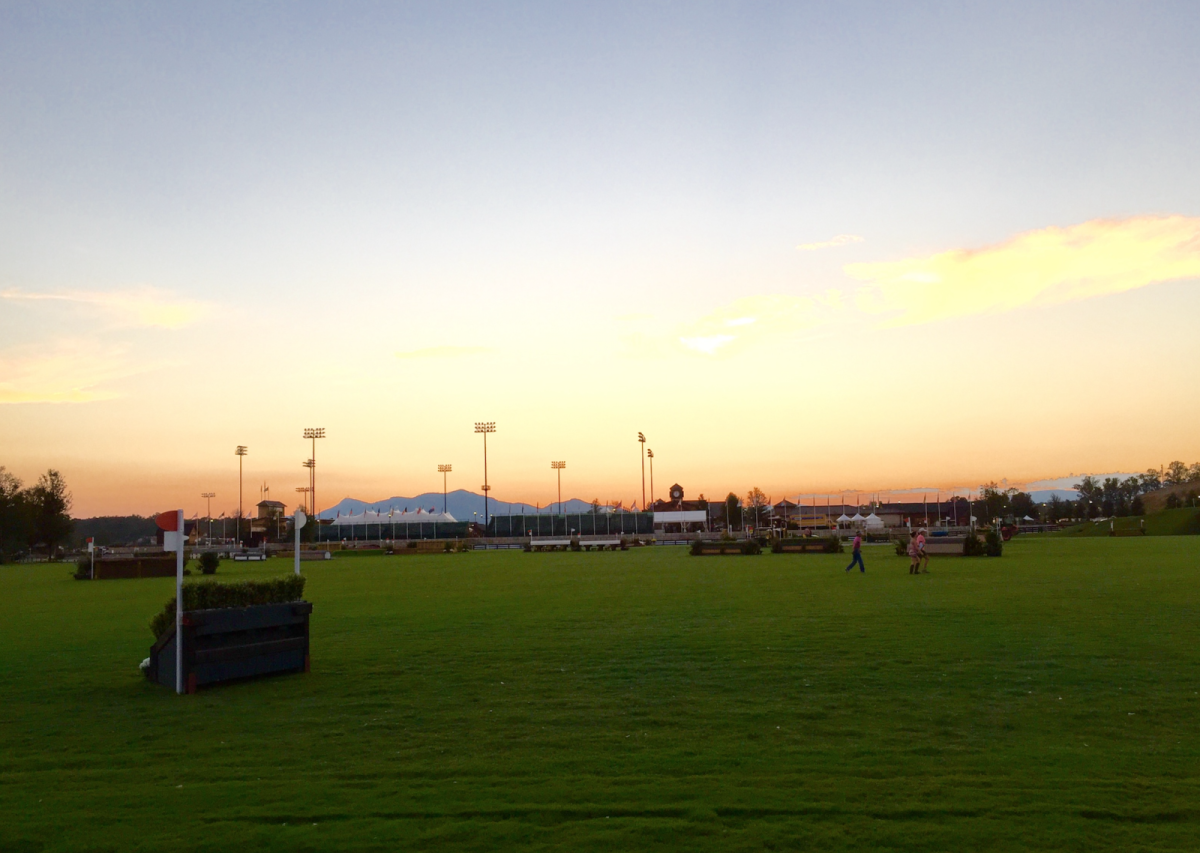 The announcement comes as no surprise considering the eventing community’s positive response to the facility and its potential at the 2016 AEC. We look forward to seeing TIEC continue pushing outward in the development of its cross country tracks in its quest to become one of the U.S.’s premier eventing venues.

Our only beef: The 2017 AEC is the same week as Burghley, again. Guys! You can’t keep doing this to us! It’s cruelty! Maybe next year one of TIEC’s jumbo screens can air the Burghley live stream? It could be the world’s largest Burghley viewing party … just a thought!