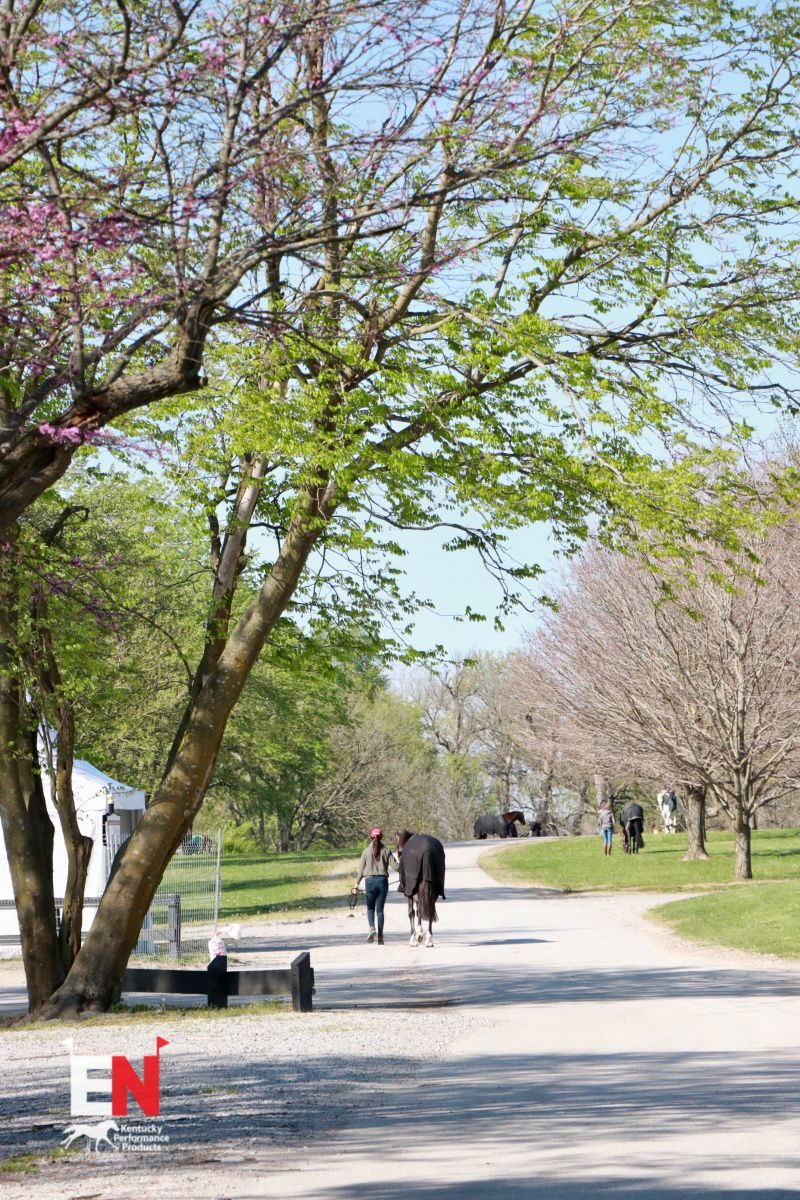 Spring in Kentucky is fairly unbeatable (until you look at the always-changing weather forecast, maybe). Photo by Sally Spickard.

No matter how many I walk through the gates (or in my case today, climbed over a fence, I suppose), it will never feel less magical. While this sadly may be one of the sunnier days we’ll see as we get toward the latter part of the week, it was nonetheless the perfect late afternoon to take an early wander around before the gears begin grinding in earnest.

Even though there were hardly any people at Kentucky Horse Park late this afternoon, a certain buzz filled the air as I took a slow walk down the entry path that leads past the main lake in front of Rolex Stadium. Sponsor Row’s tents of trade fair vendors were working on their set-ups and grounds crew were making some adjustments to the facilities in preparation for the record crowds expected beginning tomorrow and Thursday. 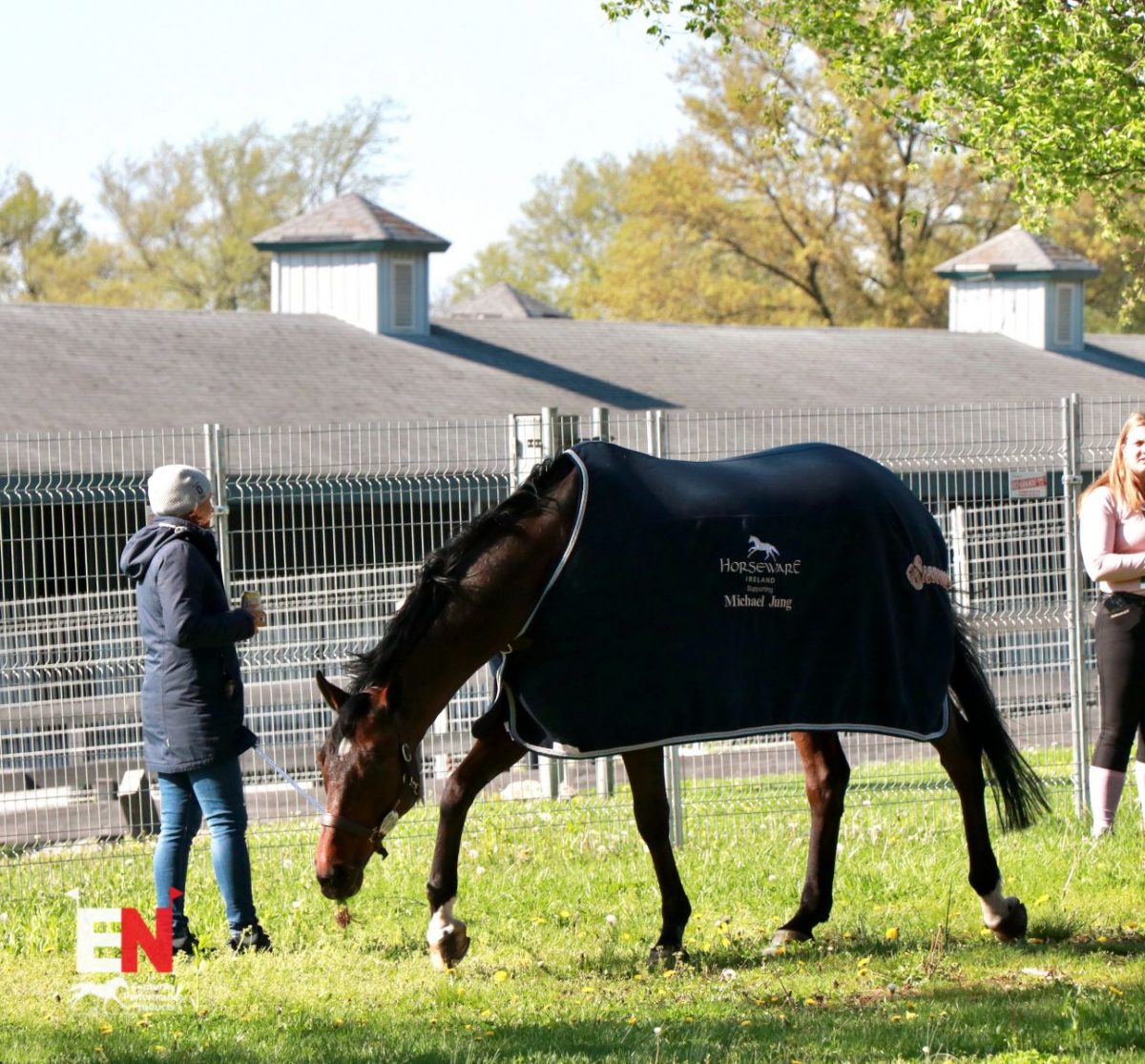 fischerChipmunk FRH out for a graze and customary roll. Photo by Sally Spickard.

After greeting a few long-lost buddies in the media center (last year, media numbers were limited and many of our international buddies were unable to make the trek to the behind-closed-doors event), I traipsed off to see who I could find back by the schooling rings and barns. 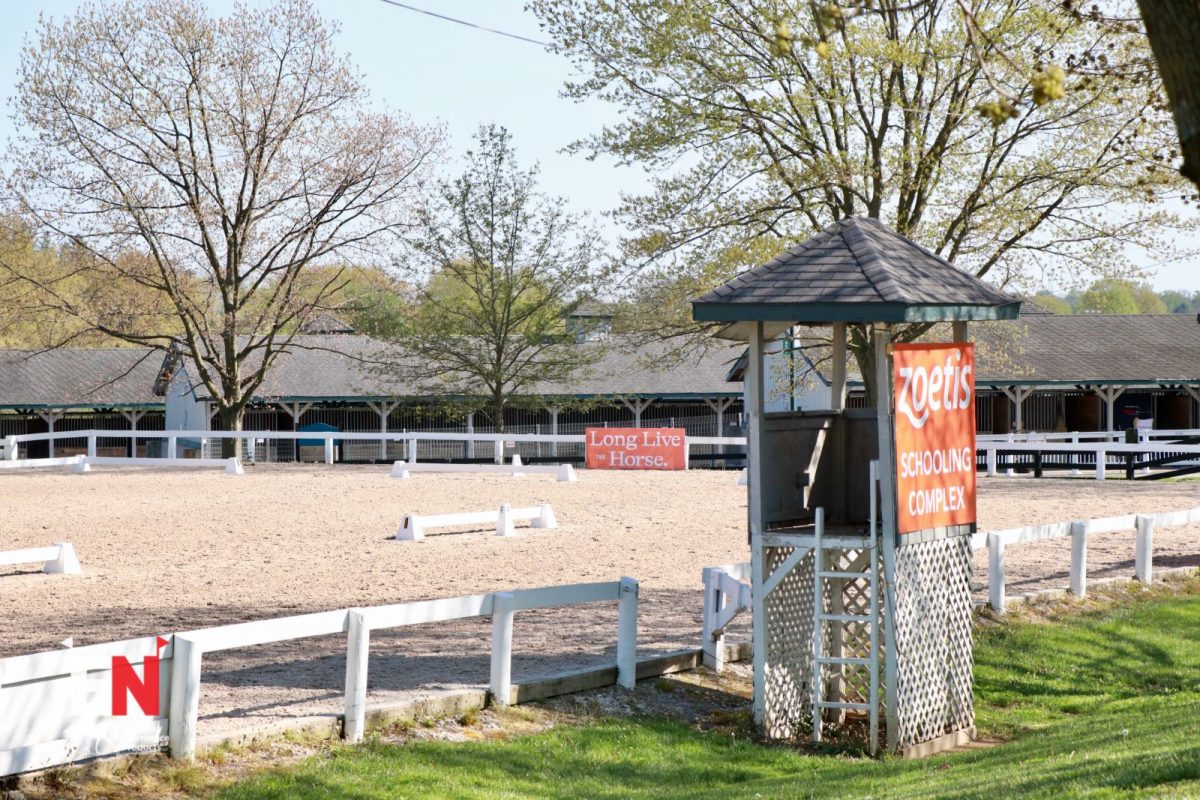 Zoetis Equine is even more visible as a sponsor this year, supporting all schooling areas, the veterinarian experience, and several fan engagement spots marked by life-sized orange horses scattered about the park. Photo by Sally Spickard.

I’d arrived mostly too late to catch many rides, but the grooms out for an afternoon hand graze were out in full force, adding to the peaceful ambiance with just a hint of buzz. It, of course, helps that the temperatures today didn’t quite top 70 and the winds were a bit strong, making for some perky, bundled-up horses. 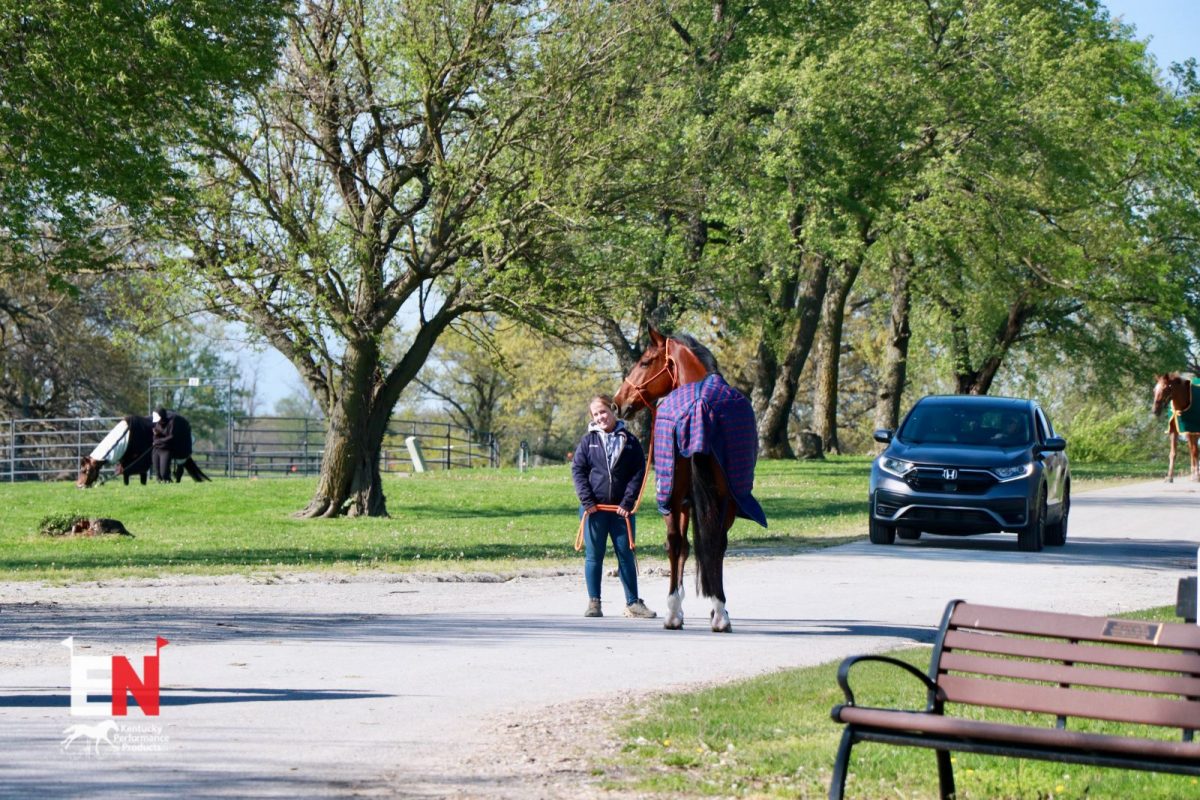 The weather forecast has declined as we’ve gotten closer to the weekend, and it well could be that tomorrow is our last fully sunny day. But be that as it may, we’re here and we know a little weather won’t scare away the eventing faithful who have waited three years for this weekend.

So buckle in, EN! We’ve got a busy two weeks ahead of us and we’re so happy to have you here following along with us — many of you in person once again. We’ll see you tomorrow at the First Horse Inspection, which will be held at 3 p.m. at High Hope Inspection Lane. 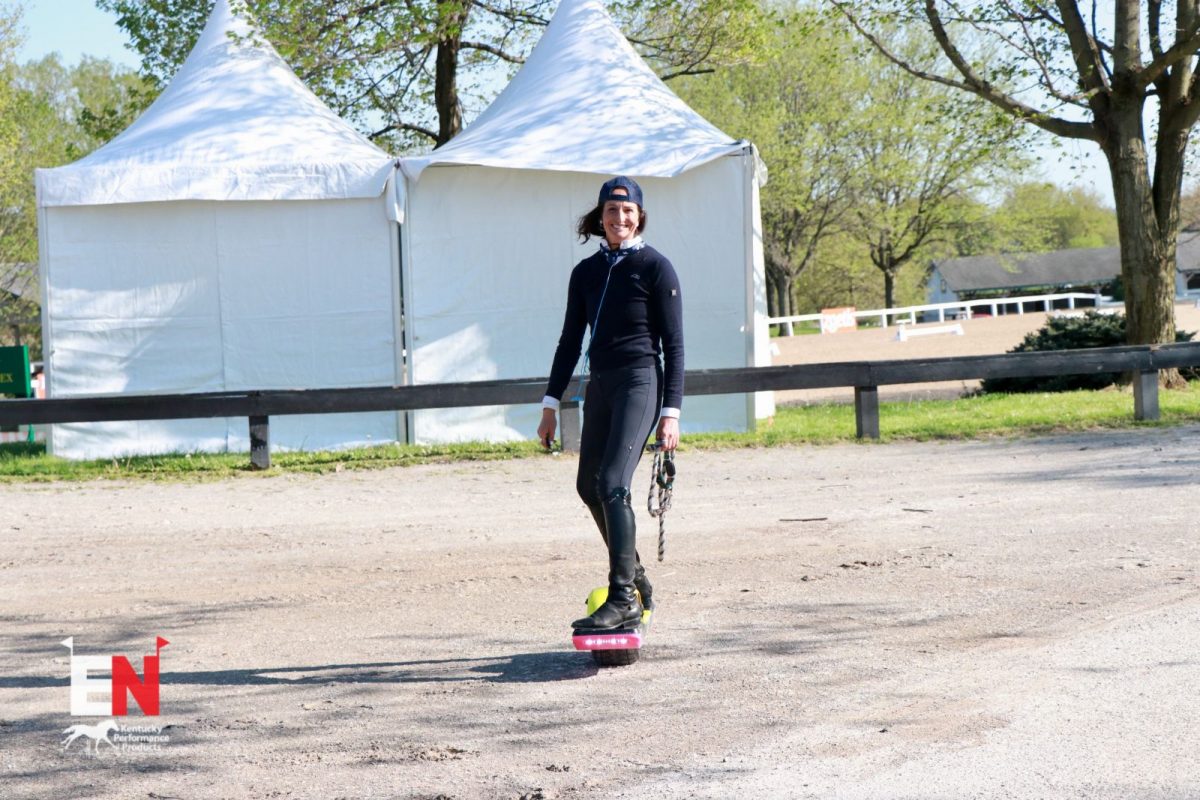 Jennie B. pulls off the skater chic vibe well, if you ask me. Photo by Sally Spickard. 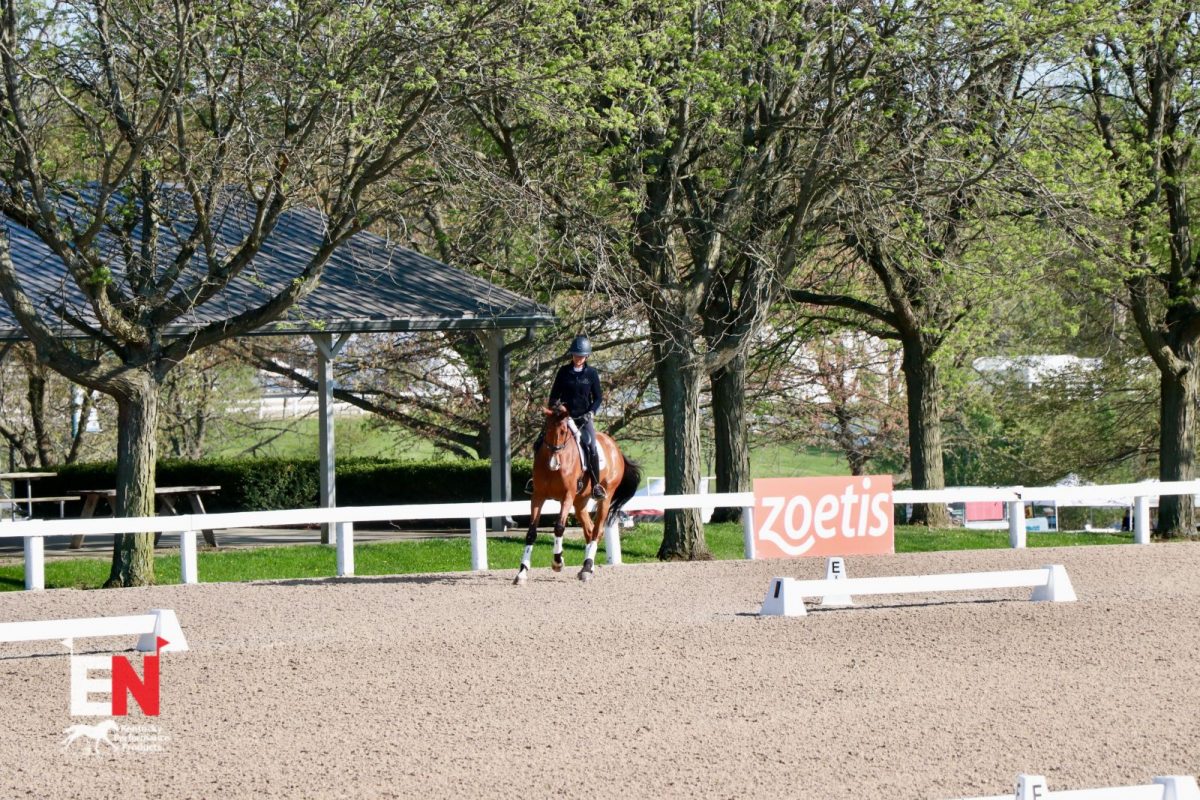 Tamie’s a busy lady in her final stateside event before hopping over to Badminton: Fleeceworks Royal will contest the 5* while Solaguayre California (pictured) and Elliot V will compete in the 4*S. Photo by Sally Spickard. 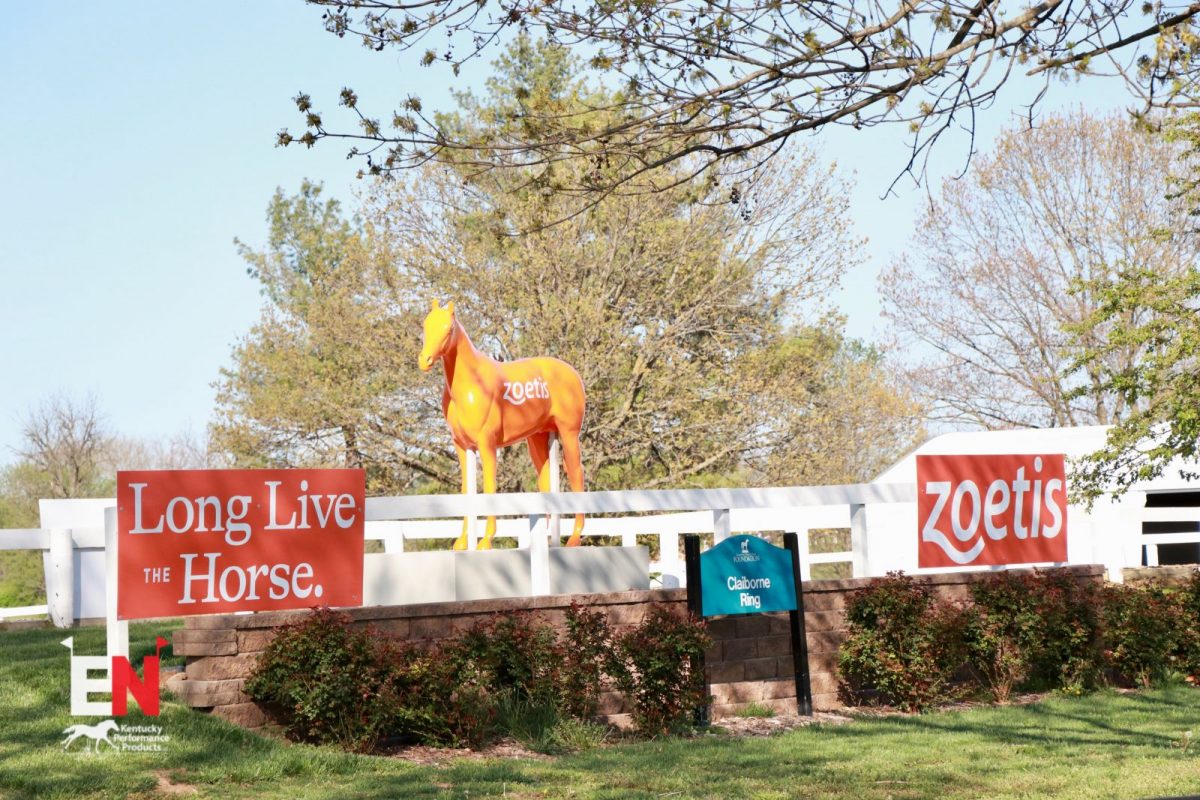 I would like to sit here to count how many of these elite, 5* event horses spook at this Zoetis horse placed by the lower schooling ring. Photo by Sally Spickard. 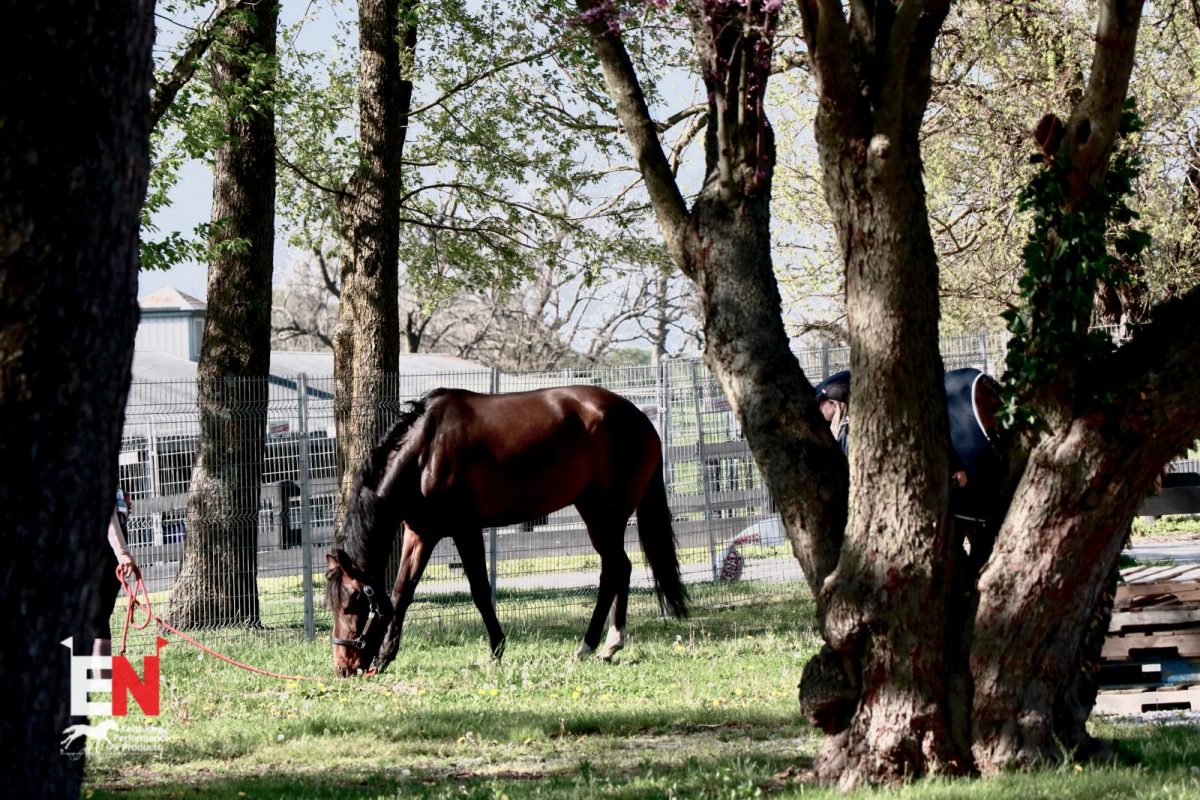 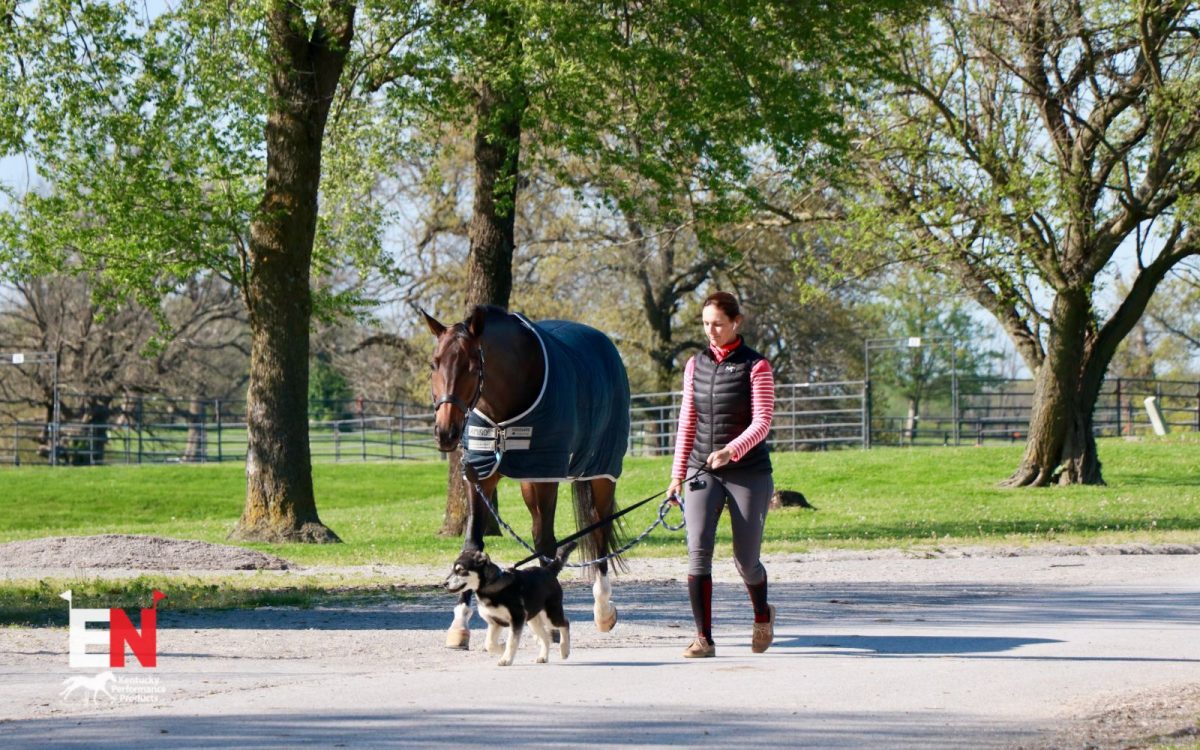 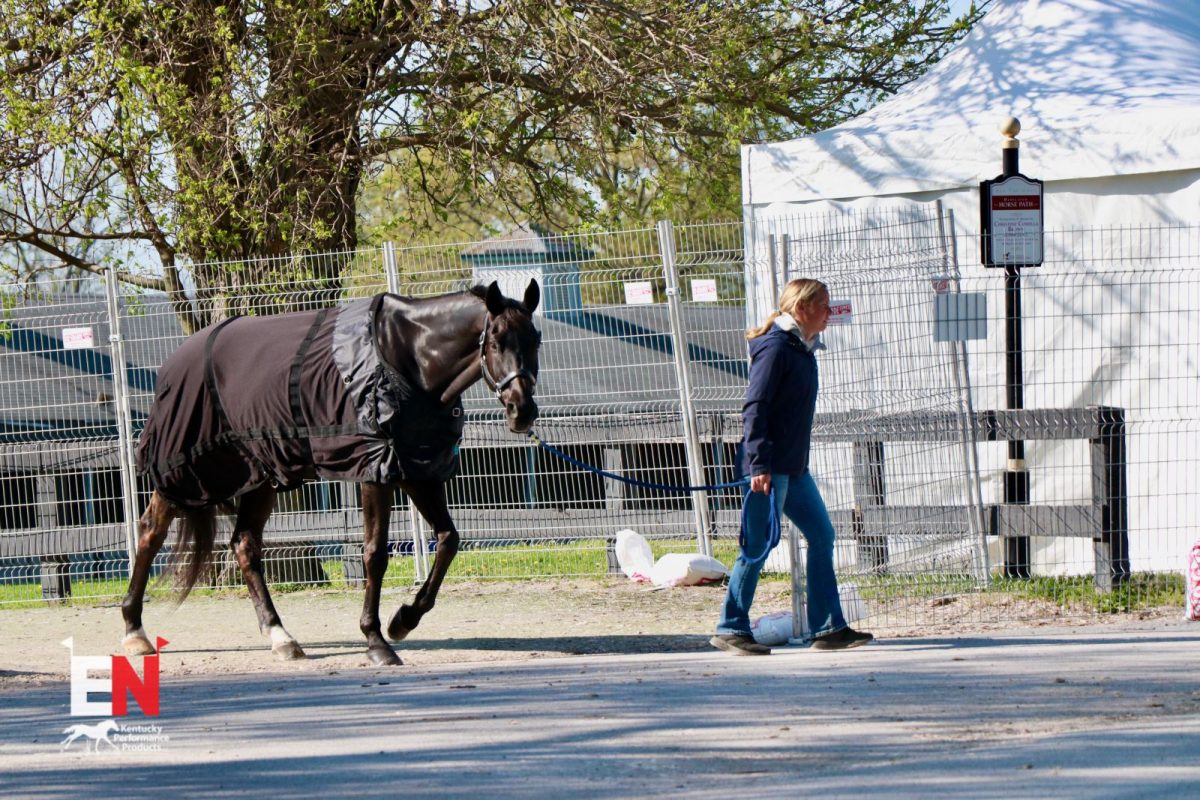 Until then and as always, #goeventing!