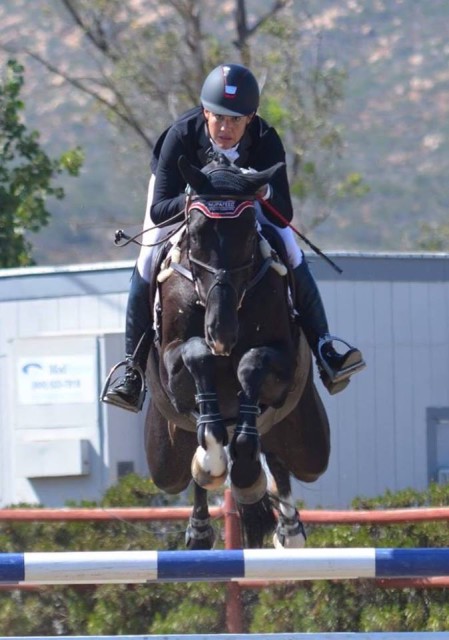 This weekend was a weekend dreams are made of for Tamie Smith while competing at Copper Meadows Horse Trials. When glancing at EventingScores.com, her name appears over and over and over again. Tamie took top honors in the Shires Equestrians CIC1* on Fleeceworks Royal, Western Underground CIC2* on Chatwin, and Professionals Choice CIC3* on Mai Baum. She also placed fourth on Dempsey in the CIC2* as well. Congratulations to Tamie and all of her connections on an amazing weekend at Copper Meadows.

Burghley, The Good, The Bad, The Ugly. All four-star courses have their moments and some are celebrated as great saves, others send riders home early. Burghley had no shortage of these moments from Michael Jung and FischerRocana FST falling at the water to Louise Harwood being chased by a dog on course. Check out 13 moments that will make you hold on a little tighter next time you ride. [13 Heart-Stopping Moments from Burghely]

The Big Apple a No-Go for Valegro. Charlotte Dujardin has announced that after the double gold win in Aachen that they will not be making the trek across the Atlantic later this month. Valegro’s owners and Dujardin have decided to give the 2002 Dutch Warmblood a well deserved break after the European Championships . This decision was made in the horse’s best interest with eyes still hard set on the 2016 Olympic Games in Rio. Dujardin will still make the trip to New York to ride an un-named horse in the U.S. Open $75,000 Dressage Freestyle. [Valegro Withdrawn from Central Park]

Francis Wittington Speaks his Mind Prior to Blair. In an interview, Francis Wittington has many words of advice for other eventers. Francis feels that “we can make it safer” by re-focusing our training habits and using dressage to improve our jumping and cross country. He also believes each professional rider should have a “Plan B”, giving the example of his work in equine dentistry to pay the bills when eventing doesn’t. [Francis Wittington Interview]

Horse Cheese a Reality. A food technologist has pioneered a technique to produce cheese from both horses and donkeys. Dr. Giuseppe Iannella has discovered that the use of an enzyme found in camel rennet has made it possible to produce an appropriate curd to be able to make equid cheese. The curds from mares milk can be used to make different styles of cheese as well as using the whey to make horse ricotta. More studies will need to be preformed to assess the viability of equid cheese and milk as a substitute for those with food allergies. [Technique developed to make cheese from horse and donkey milk]

Hop on board Fernhill Pimms along with William Fox-Pitt as he makes his way around the Burghley cross country course with a tiny helmet cam. The helmet cam was a prototype that is not found on the market commercially, but WFP had special dispensation to wear it. Check out the first person view of their round.