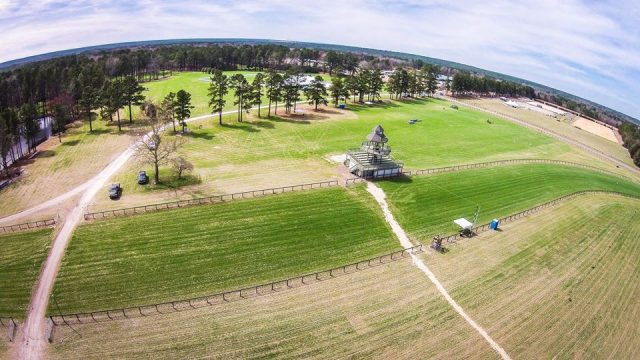 The Carolina Horse Park has partnered with the Rick Herrema Foundation in an effort to promote Rick’s place, a 50-acre interactive greenspace 5.5 miles from Ft. Bragg, NC, that serves military families. The shared goal is to promote interactive outdoor activities for service members in the Sandhills region.

In 2006, Sergeant 1st Class Richard J. Herrema died during an Operation Iraqi Freedom deployment, but his legacy and generous spirit will live on through Rick’s Place. He is remembered by friends and family as a positive, selfless and energetic man. The most important things in his life were his family and his faith.

Five-star event horse Mr. Potts has taken on a new role in the hunt field. He’s being loaned out this season to fieldmaster Alan Nolan, who didn’t have a suitable horse. [Former five-star eventer delights his fans out hunting]