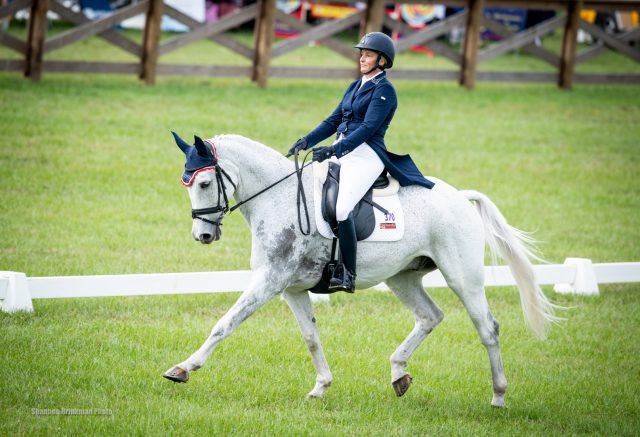 Sara Kozumplik Murphy and Rubens D’Ysieux earned the Adversity Award this weekend at the Ocala Jockey Club Three-Day Event. This weekend they completed their first four-star back since Sara’s broken neck and back and since Rubens underwent colic surgery. A well deserved recognition for these two. Congratulations on a successful weekend.

A major surgery, the flu and a confidence knocking fall were not enough to keep Letha Calvin from qualifying and competing at the 2019 USEA American Eventing Championships. She recounts her story. [Now On Course: Every Ride is Part of a Journey]

Earlier this month and independent arbitration was held regarding George Morris’ lifetime ban U.S. Equestrian Federation for alleged sexual misconduct with a minor. Results of the arbitration have not been released, and both SafeSport and George Morris declined to comment. [George Morris’ SafeSport Arbitration Held In New York]

Hot on Horse Nation: #TBT: The Four Fs of Stress in Horses

Tuesday Video: Thank you David Frechette for the footage of our #OJC3DE CCI2*-L winners Will Coleman and Chin Tonic HS. Click here to watch even more on his YouTube channel.