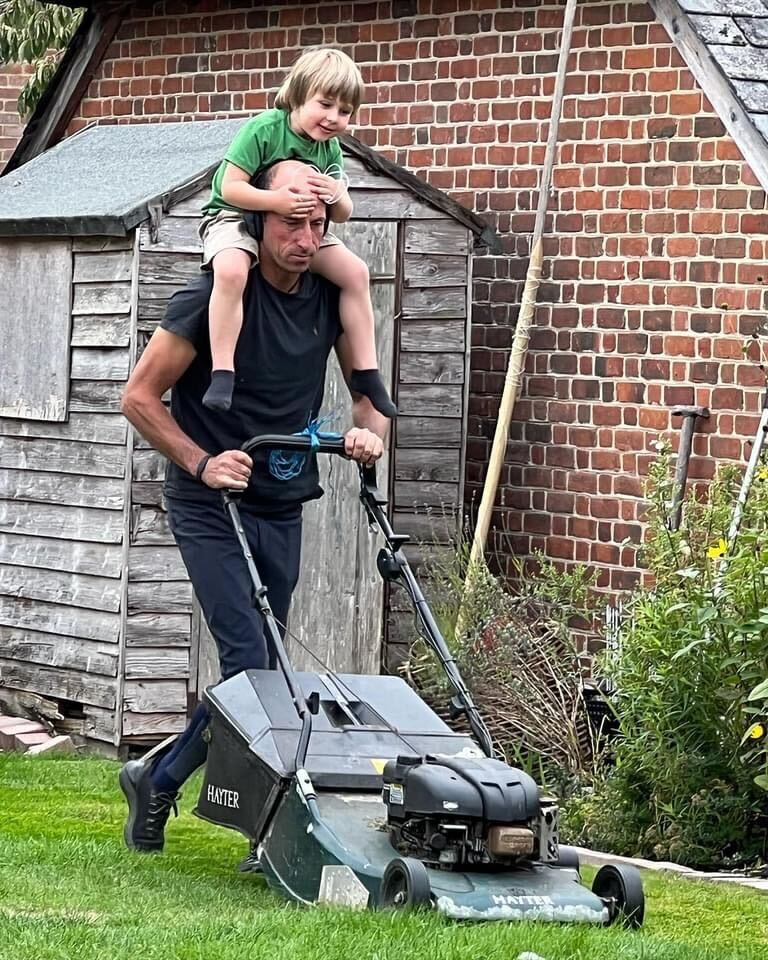 What do you do after you win double bronze at World Champs? House dad duties, of course. Photo via Jonelle Price.

Ah, the life of top-class eventers: glamorous, eh? In case you thought the World Championship podium-toppers were too busy popping champagne and jetting off to vacations after their hard work over the weekend — here’s proof that life as usual goes on, medals or no medals. Luckily, the Price clan has plenty to occupy them when they aren’t out dominating the world…

Yesterday, Queen Elizabeth II was laid to rest in a public funeral after an extended period of mourning in Great Britain. Queen Elizabeth was well-known for her love of horses, and her beloved animals were also included in the funeral proceedings. [Queen Elizabeth II: A Century with Horses]

Australian rider Kevin McNab’s left rein broke right at the point it joins to the bit while on cross country at Worlds this weekend. What is one to do? Grab the cheekpiece, tie a knot, and carry on naturally. [Read the breakdown]

Professionals in the horse industry have had a lot of experience in what not to do. STRIDER has gathered up 15 top tips from their ongoing professional development webinar series, and it’s full of insightful nuggets. [15 Tips from Top Pros Across Disciplines]

The FEI’s maternity leave policy has come under scrutiny after a public conflict with German Olympic dressage rider Jessica von Bredow-Werndl. The FEI had previously determined that a points freeze would be allowed for women on maternity leave, but does not leave any provisions for them to return to competition before the initial six-month leave period ends. It’s a bit of a “one step forward, two steps back” situation, and Jessica has taken to public platform to express her disappointment. [FEI and Olympian at Odds Over Maternity Leave Rule]

Who’s ready to move their operation down to Florida? This massive facility could be just the ticket!