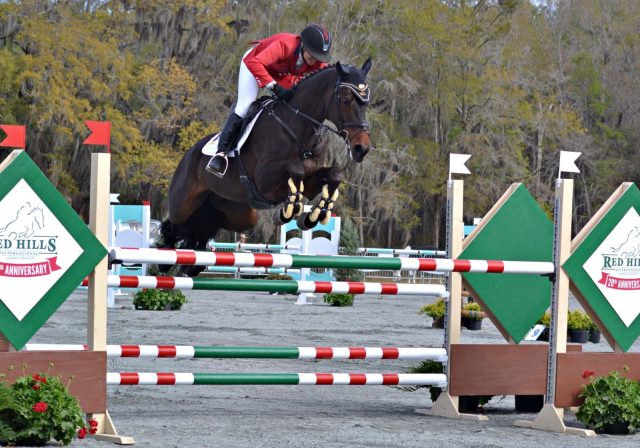 It’s a busy morning for Red Hills CIC3* competitors — by lunchtime show jumping and cross country will have been completed and a 2018 winner crowned!

Show jumping has just wrapped, and dressage leader Marilyn Little and RF Scandalous, a 13-year-old Oldenburg mare (Carry Gold x Richardia) owned by Jacqueline Mars and Phoebe and Michael Manders, will maintain their lead heading into cross country. Marilyn and “Kitty” have been prolifically good show jumpers — they’ve only ever had one rail at the Advanced, 3* and 4* level — and today was no exception. After a winter spent honing their skills in in Wellington in the 1.35 meter classes, today’s course looked like a cakewalk: They turned in a fault-free trip, one of only four double-clears, rattling the final Red Hills oxer just to keep us on our toes. Points for showmanship! 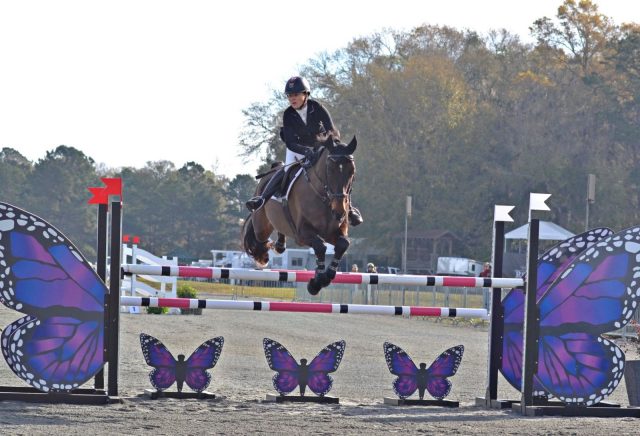 Second-placed Jordan Linstedt and Revitavet Capato picked up a rail and moved into fifth, leaving the door open for third-placed Jessica Phoenix and Pavarotti to move into slide into their place. 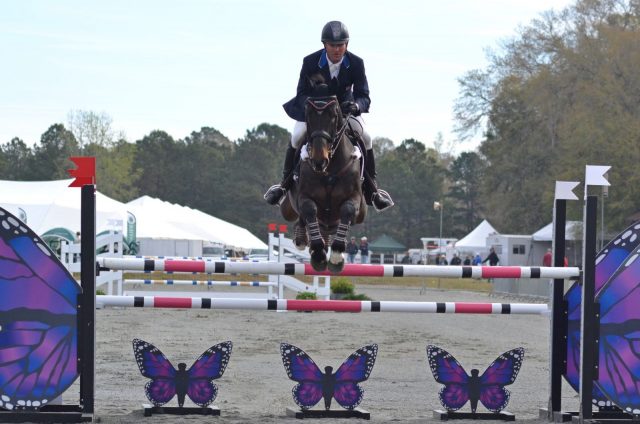 A clear round with one time fault moved Phillip Dutton and I’m Sew Ready from 7th to 3rd. 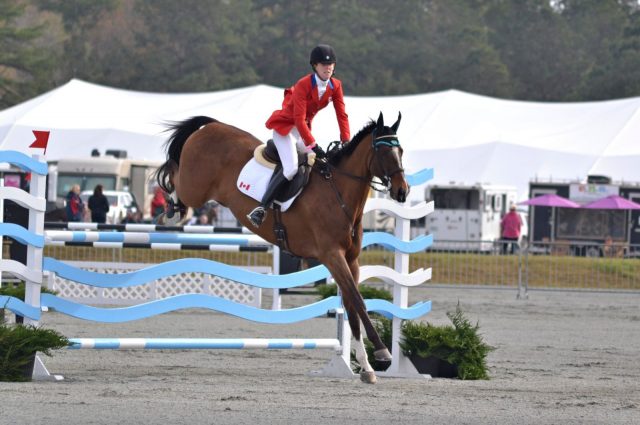 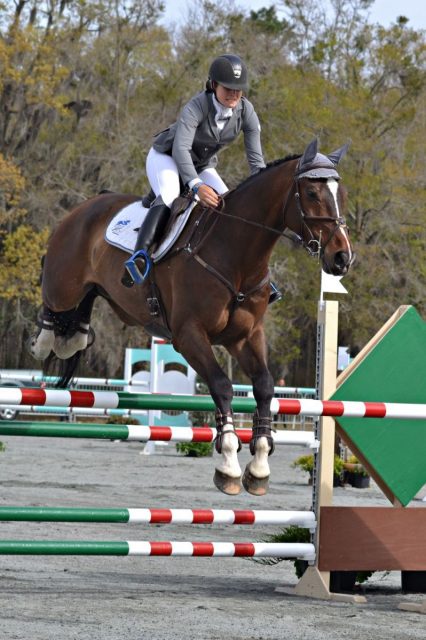 And rounding out the top five is Jordan Linstedt with RevitaVet Capato.

Gotta run, CIC3* cross country is nearly underway — best of luck to all! 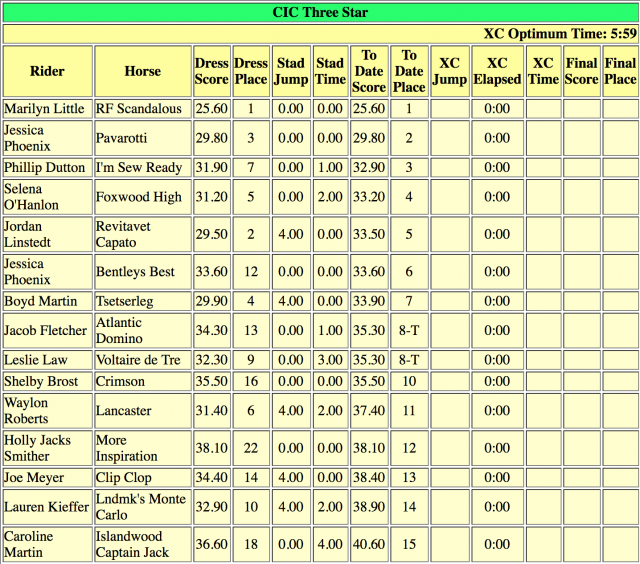