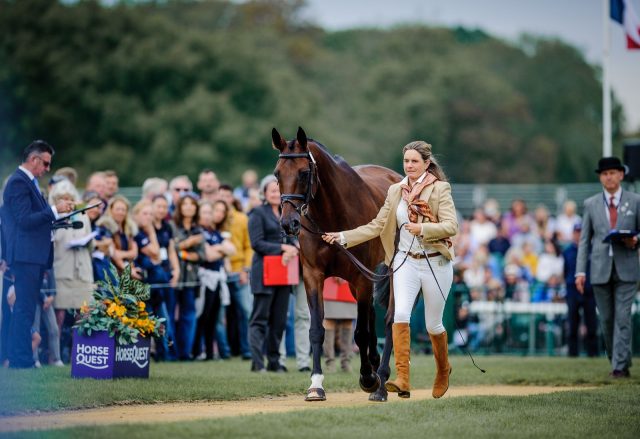 Just 28 horses and riders remain in the 2022 Land Rover Burghley Horse Trials field, down from a starting line-up of 52, after an exciting and influential day of cross-country saw 21 fall by the wayside and a spate of withdrawals overnight further thinned the field by three.

British five-star debutant Kate Shapland opted to withdraw Uris Cavalier, who had completed the course with an educational 40 penalties to sit 31st overnight, while Michael Owen also pulled his experienced eighteen-year-old Bradeley Law, 21st after cross-country, from contention. Ireland is down to one rider in the field after Cathal Daniels withdrew his 2019 Europeans bronze medallist Rioghan Rua from the lineup, where she sat 17th. 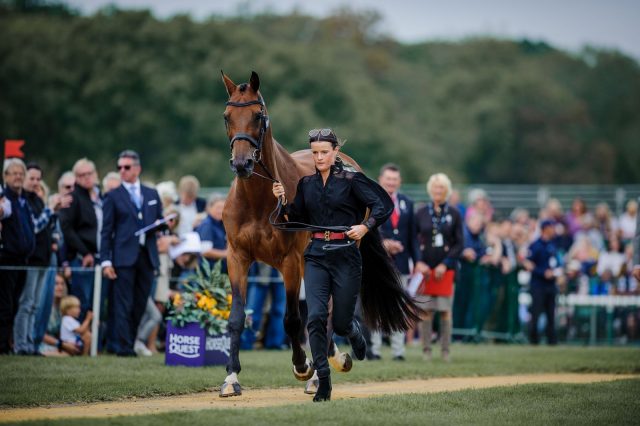 Bubby Upton and Cola, seventh after cross-country, survive a trip to the holding box. Photo by Tilly Berendt.

All that, of course, meant that this morning’s final horse inspection, presided over by New Zealand’s Andrew Bennie, alongside Austria’s Katrin Eichinger-Kniely and Great Britain’s Judy Hancock, was a remarkably swift affair — but it wasn’t without its dramas.

Two horses were sent to the holding box for further inspection by veterinarian Andy Bathe. Bubby Upton‘s Cola, who climbed from eleventh to seventh place yesterday, caused a stir among the assembled crowds when he was held, and the pair earned an enormous cheer when they were subsequently accepted on re-presentation. 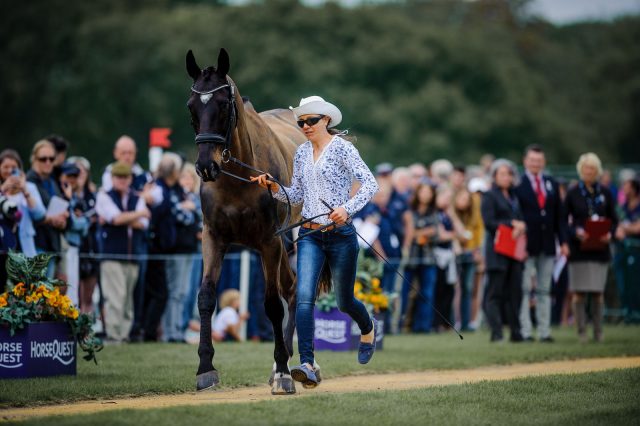 Getting held when you’re in the top ten is a seriously stressful experience, but doing so when you’ve travelled across the world, alone in a plane with your horse of a lifetime and without the funds to get back home again, is truly next level. Fortunately for Australia’s Sarah Clark, who recorded a clear round and 32 time penalties yesterday to sit 20th, her plucky partner LV Balou Jeanz was accepted on her second presentation to the ground jury, and the pair will go on to complete their longtime Burghley dream in this afternoon’s final session of jumping. 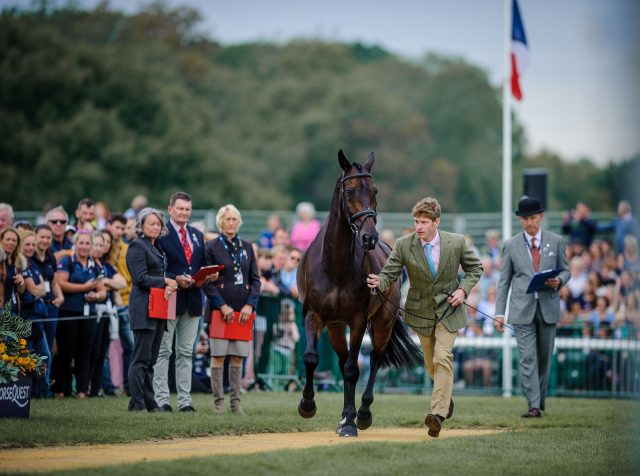 A number of additional prizes were awarded at this second horse inspection, recognising the teams behind the scenes that help these horses to thrive at the top level. The Worshipful Company of Farriers prize for the Best Shod Horse went the way of ESI Pheonix, the ride of Great Britain’s Angus Smales, who is shod by Steven Hill. 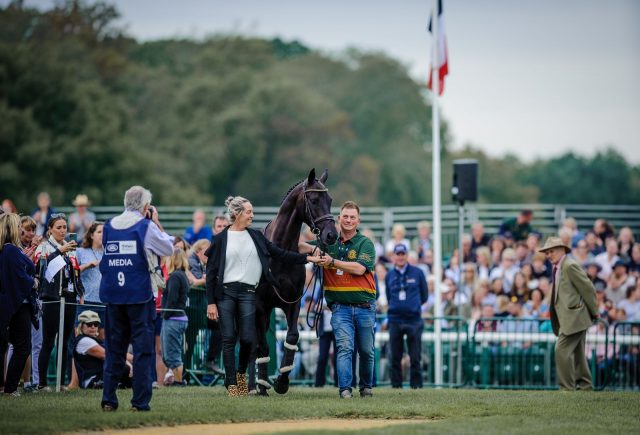 Fraser Kirby comes forward to accept his prize with charge My Ernie and rider Helen Wilson. Photo by Tilly Berendt.

Freelance groom Fraser Kirby, who has three decades of experience and is working at his 22nd Burghley this week, was the winner of the Pedens Bloodstock prize for the groom of the week, in recognition of his work looking after Helen Wilson‘s My Ernie, while Ros Canter‘s groom, Sarah Charnley, who grooms alongside working as a building control surveyor, was the runner-up.

And now, our focus turns wholly to the final phase, which will be designed for the first time by Paul Connor. Here’s a look at the top ten as we head into showjumping, which sees our leader and runner up go head to head with less than a rail between them: 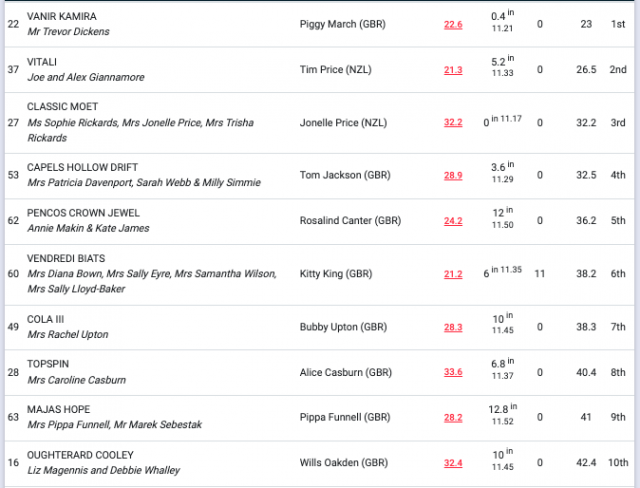 The first group of showjumping, featuring just eight horses and riders, will commence from 11.00 a.m. BST (6.00 a.m. EST), while the top twenty will jump in reverse order of merit from 14.30 BST (9.30 a.m. EST). You can check out the full leaderboard, with showjumping times, here. We’ll be bringing you a full report and analysis — plus live updates from the final session — right here on EN, so stay tuned, and as always: Go Eventing!