The AD Auction countdown has started. Today at 6 p.m. (european time) the auction for the 20 horses in the catalog will open. From September 11 to September 14 on www.theadauction.com Cooley Farm, Wrenwood Stables and Babes Horses will kick off the first edition of The AD Auction with the Celtic Collection. This exclusive online auction brings together show jumping and eventing horses and American hunters from two Irish stables and one Scottish stable of ages 0 to 7 years. They have top-level pedigrees with very important mare lines that have produced several international 160 jumpers. You can read more information about the AD Auction and its innovative virtual format in our coverage here. 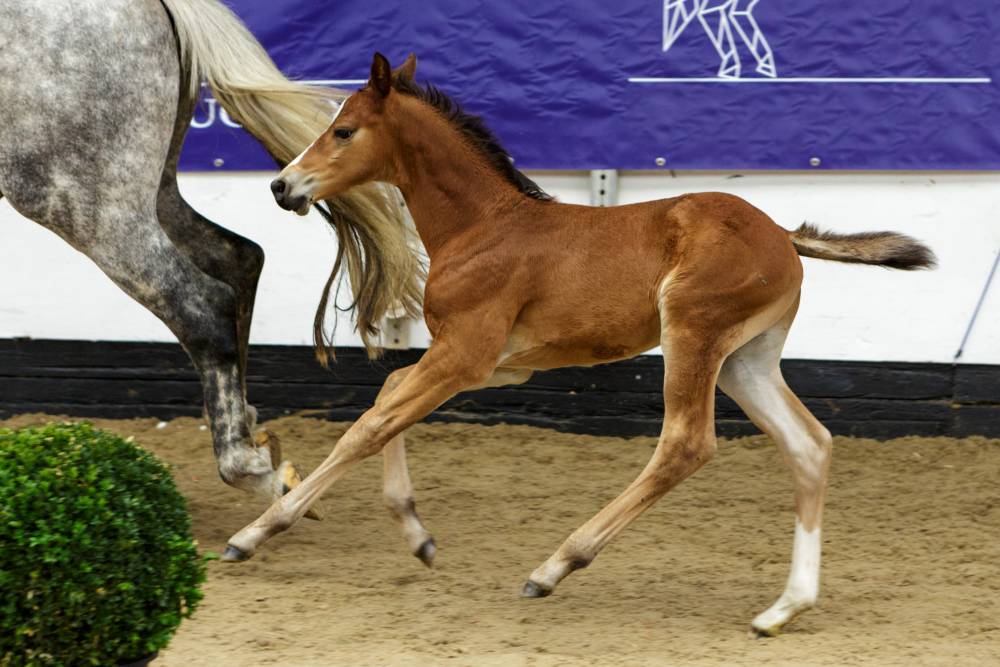 Dan Walsh and Stacey Babes’ Wrenwood Stables has produced and sold many horses at the top levels of show jumping and eventing.

In show jumping, one of the most special horses they have sold is certainly Peder Fredricson’s H&M Sibon (KWPN, 2004, Sibon W x Baloubet du Rouet). “I purchased H&M Sibon from Wrenwood Stables as a 7 year old. Sibon was everything and more that Dan and Stacey promised he would be. We jumped successfully at the highest level of our sport, including the World Equestrian Games in Normandy. Sibon loved to be competitive and I believe his early years of education at Wrenwood taught him to believe that he could be a winner”, are the words used by Fredricson to describe Sibon.

Another star they have sold is Coco Bongo (2005, Rhein, Caretino x Calido 1), Eric Lamaze’s super horse. “Through Dan I purchased Coco Bongo, who turned out to be the superstar Dan told us he would be,” says Stacy Willsone “When we tried him, Dan told me that he was very special and he was certainly right. He won his first Grand Prix we jumped him in, and jumped clear in his first ever World Cup in Leipzig. I am certainly forever grateful”.

Coco Bongo went on to represent Canada at the 2015 Pan American games and also jumped a double clear for Canada’s gold medal effort in the 2018 Nation’s Cup, Ocala, Florida. “I met Dan and Stacey in Spain many years ago”, says Alan Waldman, husband of Danielle G Waldman. “I was impressed with the quality of their horses and care. Luckily, Dani and I got to know them, and we started doing business. That’s how we found Lizziemary. Every time they have tipped us on a horse, we have been lucky, there are not many people around with such a good eye for horses.” And what a partnership Dani and Lizzie became… To date they have won 3 Longines Global Champions Tours and two five-star Grand Prix. Their winnings totalling an astonishing €1.370 million euros. Along with these amazing victories, they have also jumped a European Championships and a World Equestrian Games.

These are only some of several 5* success stories Dan and Stacey were involved in. For many years Dan and Stacey have been doing business with Richard Sheane, Cooley Farm. In that time, they have sold him some really successful eventers, one being ‘Cooley Showtime’ who subsequently went on to win a bronze medal in the 7-year-old Eventing World Breeding Championships for Young Horses at Le Lion d’Angers. With their combined passion for the sport and love of horses, their breeding programme was born.

Through this, there are offspring from mares that are currently competing in today’s top sport, along with mares from proven 1.60m families, including the mother of ‘H&M Sibon’ and two wonderful daughters from super mare ‘Centa de Muze,’ ‘Phia de Regor,’ and ‘Kerly de Regor,’ who is currently Stacey’s top Grand Prix mare.

Wrenwood Stables have two stallions in the collection for this unique auction.

Wrenwood Phoenix was born on July 17th, 2020, and is a beautiful stallion son of Chacoon Blue and Phia De Regor. This young offspring of Centa De Muze is showing all the attributes and quality to follow in the footsteps of his brothers and sisters. Grand dam Centa de Muze is recognised as being one of the most influential mares in modern breeding. Centa De Muze has bred multiple top-level Grand Prix horses (1.55m-1.60m); Freestyle De Muze, Horizon De Regor, Kerly De Regor, to name a few! It looks quite probably that the best is yet to come from this amazing family, with Edwina Tops Alexander’s current top horse, Latisha De Regor being a grand-daughter of Centa De Muze. Offspring from this family are highly sought after all over the world. To give an example, Todos De Regor, by Chacco Blue, topping the 2019 Flanders summer foal auction, selling for a whopping €73,000 euros! Phoenix is a beautifully balanced, modern type, with striking facial features and being a stallion son of this wonderful family, he is sure to have a very bright future ahead of him.

Wrenwood Hitchcock, also known as “Buster,” is a stallion son of Zirocco Blue Vdl and Diamant de Semilly. Dam Legaland de Semilly (Diamant de Semilly x Goodtimes) is a young mare with an immense amount of talent. She displays a high level of carefulness, makes a fantastic shape and is extraordinary behind over the jump! With her impressive stature and conformation, her very powerful canter and most perfect balance, she shows all the ingredients to breed a top-level performer.

To discover more about the horses presented by Wrenwood Stables for the Celtic Collection of the AD Auction visit www.theadauction.com.