Members of the U.S. World Equestrian Games Team stretched their legs this weekend at the Maryland Horse Trials held at Carolyn Mackintosh’s Loch Moy Farm in Adamstown, MD. Horses were fresh and full of running after their summer break, and have begun to get back into the swing of competition ahead of the big event this fall. Luckily for us, David Frechette was on site to film the action!

Four of the five U.S. horses were in attendance. We saw Lynn Symansky and The Donner Syndicate’s Donner as well as Marilyn Little and RF Scaldalous in the Open Intermediate division.

Lynn and the 15-year-old Thoroughbred (Gorky Park x Smart Jane, by Smarten) finished sixth after a 29.8 in the dressage, and an easy cruise around the cross country.

Lauren Kieffer also had Jacqueline Mars’s Vermiculus in this division. “Bug,” an 11-year-old Anglo-Arabian (Sazeram x Wake Me Gently), earned third place on a 33.8 with only 6.8 time penalties added. Lauren also had Team Rebecca’s Veronica in the CIC2*, but the two retired on cross country.

Team alternate Sharon White took this weekend as an opportunity for a combined test, withdrawing her own Cooley On Show before cross country. The 11-year-old Irish Sport Horse earned a 34.7 on the flat and had a clear show jumping round.

Boyd earned the win in the Open Intermediate division with the Ray Price Syndicate’s Ray Price, the 10-year-old Thoroughbred’s first outing since a top ten finish at the Jersey Fresh CCI3*. He was the only horse in the division to finish on his dressage score (27.6). Boyd was also third with Christine Turner’s On Cue, a 12-year-old Anglo European (Cabri D’Elle x On High, by Primitive Rising), on 34.9 points.

We would like to thank David again for these awesome videos from MDHT! You can see even more on his YouTube page. 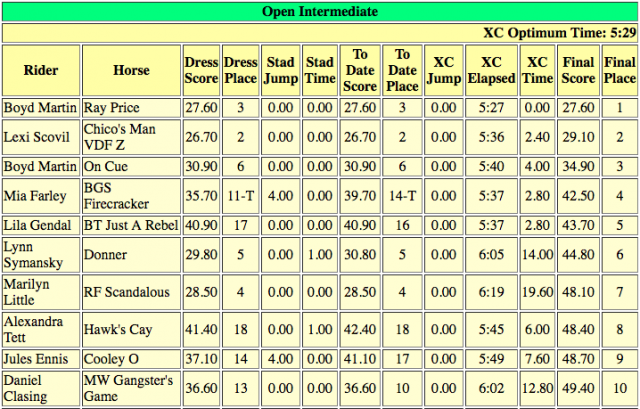 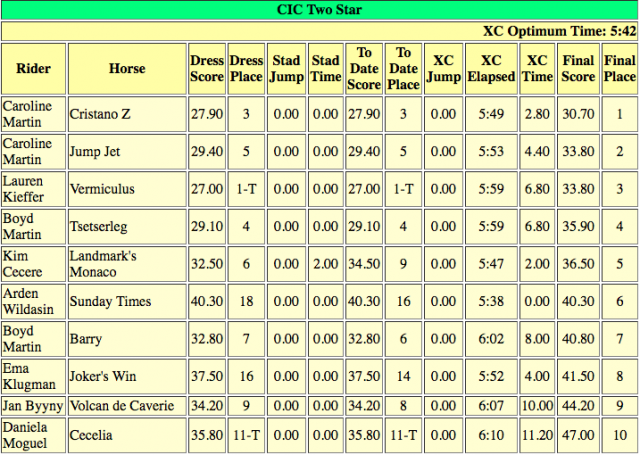 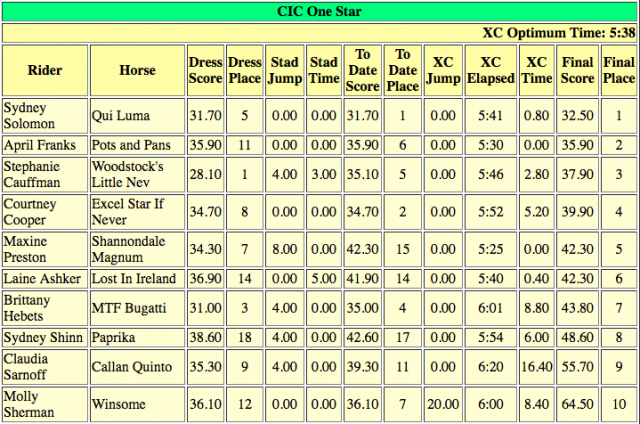