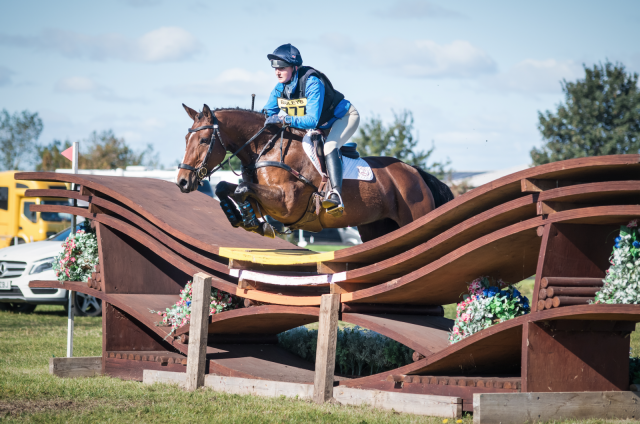 Are you ready for the eventing season? Photo by Tilly Berendt.

With the 2020 British Eventing season just four weeks away from its launch, and with the first round of ballot dates swiftly approaching, there’s no better time to make sure you’re up to speed on this year’s amendments to the rules. But save your Sunday for something more fun than trawling through the handbook – we’ve rounded up the primary changes for you.

Safety measures are at the forefront of the spate of new changes, with BE continuing its policy of stepping horses and riders down a level, and requiring them to regain their MERs, in the case of two consecutive cross-country eliminations or three non-consecutive eliminations across a twelve-month period. But the procedure for those at BE80(T), the lowest level of the sport, has changed slightly: instead of an assessment of the horse and written report by an appointed trainer, the horse and rider will have to undergo a training session with a BE accredited coach at their own expense, after which an assessment and judgment will be produced.

Whip rules have changed in line with the FEI this year; as such, the number of allowed uses per incident has been reduced to two, rather than three as in previous years.

Rules regarding falls in the warm-up areas for dressage, showjumping, and cross-country have now been expanded to cover the point up to which a competitor enters at A or crosses the starting line, respectively. This means that a rider who falls will need to be examined and allowed to continue by the event doctor, while a horse who falls will need to be similarly examined and accepted by the on-site veterinarian.

There have also been amendments made to the qualifications required for on-site medical staff, while additional kit requirements have been made for on-site ambulances. 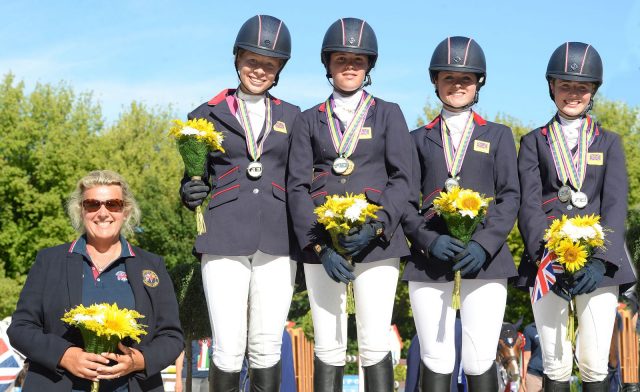 The Silver-medal winning British team, sponsored by Charles Owen, at the European Eventing Championships for Ponies in Hungary.

This year, the under-18 programme has been expanded into the British Eventing Youth Programme, increasing its scope to include riders up to 21 years old, and adding an under-18 BE90 regional and national pathway, as well as an OIu21 regional and national pathway. This doubles the programme’s scope, which used to include just two pathways: an u18 Novice and an u18 BE100.

Things haven’t just changed for young riders – for young horses, too, we’ll see a slightly different format for competition. Gone is the Four-Year-Old Championship at Osberton, to be replaced with a Showcase class at the same event. Horses will earn results towards this class by competing in ordinary BE80(T) and BE90 classes. The dates for four-year-olds to begin competing have been tweaked, too – though they could previously start clocking up their four allowed starts from the 1st of May, that date has now been pushed back to the 1st of July.

Much Ado About Entries

One of the major changes for competitors this year is the retirement of BDWP, the faithful entry system used externally to BE for so long. Now, all entries must be made through the British Eventing website – and this, too, brings with it some changes. Entries can now be made pending Minimum Eligibility Requirements, a welcome sight for riders who have previously had to cross their fingers and hope they could make a last-minute switch if their move-up plans worked out. Instead, riders this season will be able to enter their move-up event before completing their final MER, though this entry option does put them near the bottom of the priority list if the event is oversubscribed.

Entrants for regional finals will remain at the top of the balloting priority list, and will be joined this year by Youth Programme competitors in u21 or u18 classes. Within the Youth Programme entrants, priority will be given as follows:

There are some small changes to the refunding process, too. As before, only entries that can be replaced will be refunded their entry fee and Abandonment Premium – that is, the class must be full or have hit its entry limit, necessitating a replacement from a waiting list or by private treaty. If the replacement entry pays a lower entry fee for any reason, the original entrant will only be refunded for the value of this lower fee, plus the original Abandonment Premium.

The addition of CCI1* competition at three venues across the United Kingdom is perhaps one of the most exciting changes in 2020. The entry fees for competitions at this level have been confirmed as set at £97.37 less VAT, plus an Abandonment Premium of £13.88, giving a total entry fee (less VAT) of £111.25, or £133.49 including VAT. Start fees will be up to a maximum of £27.35.

MERs for CCI1* will be as follows: each horse and rider combination must have three qualifying results at BE100 and/or BE105 and/or BE100 plus. 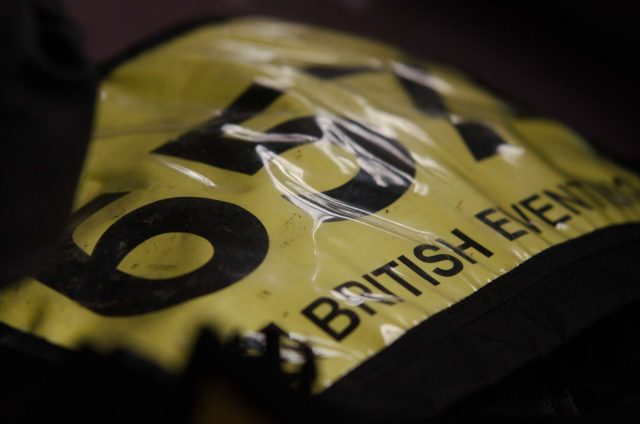 All the Gear – and New Ideas

There have been some minor adjustments made to the tack allowed at BE events.

Sheepskin is no longer allowed on grackle nosebands, except at the point of cross-over. BE have made clear their stance on seat-savers: gel, memory foam, and sheepskin seats will all be allowed, as long as they match the colour of the saddle and are unobtrusive.

There’s bad news for BE80(T) finals hopefuls – downgraded horses will no longer be eligible to compete. For riders hoping to contest the Corinthian Cup at the Festival of British Eventing, otherwise known as the National Restricted Novice Championship, there’s a bit more leniency: previously, competitors couldn’t have completed an Intermediate within the current or preceding five years. Now, they simply cannot have finished in the top 25% in a class at this level. The Novice Championship, too, has slightly opened up the pathway for qualification: any Grade 3 or 4 horse finishing in the top 10% of a CCI2*-S between 1st June 2019 and 31st May 2020 will automatically qualify.

A Miscellany of Additions

A new grading category has been added for horses who have earned over 500 BE points in their career. These horses, formerly part of the Grade One band for horses with 61 points or more, will now be considered Grade One Elite horses. No word as yet whether this comes with any extra benefits or stipulations.

BE will be continuing its 2019 stance on vaccinations after a flu outbreak prompted changes throughout the summer. To be allowed to compete, a horse must have been vaccinated within the previous 6 months and 21 days, but this year, a seven-day grace period must have passed after a vaccination before the horse is once again allowed to compete.

A substantial section has been added to the rule book concerning social media use and conversation around BE, with breaches of these rules – which include harmful language, intention to start an argument, and any statement deemed to directly or indirectly cause harm to BE’s reputation – subject to disciplinary action.

Intermediate competitors will enjoy a new dressage test this year as test 140 joins the roster.