Dr. Joyce Harman presents a four-part series to help horse owners better understand the increasingly-common but often misunderstood Lyme disease. In Part I, she introduces us to the basics. 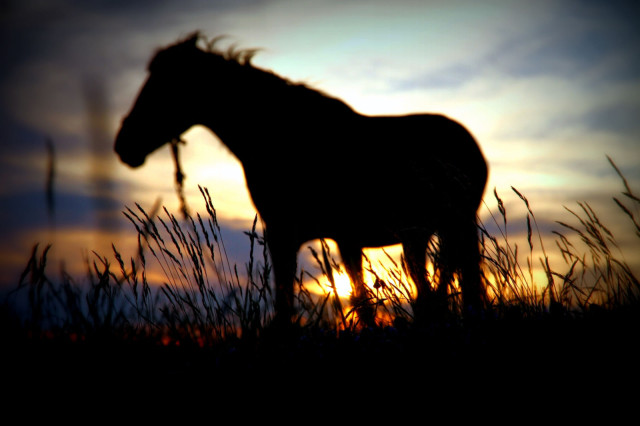 Lyme disease is really becoming a household name, especially for those who live on the east coast. Not only are we humans effected, but so are our dogs and pets!

Lyme disease (LD) has been recognized for about 40 or 50 years. It is now the most commonly reported tick-borne illness in the US and Europe, and is also found in Asia. The Centers for Disease Control and Prevention (CDC) reports that there have been 20,000 to 30,000 confirmed human cases each year since 2002.

The actual numbers are likely much higher as many cases go unreported. Ninety-six percent of those cases are concentrated in about 15 states, mostly on the east coast from Virginia north. However, it can be found almost everywhere, so have your vet consider Lyme as part of any rule-out list.

Many people don’t realize that Lyme disease is actually a sophisticated form of bacteria called a spirochete that is carried only by certain species of ticks, predominately deer ticks (ixodes ricinus) on the East Coast with other species used in other parts of the United States and world.

Contrary to popular belief, deer are far from the only host for the infected tick, as the different tick species prefer different hosts. Many small mammals are part of the host cycle, from the white-footed mouse (the main species in the northeast) to the chipmunk, hedgehog and rat along with humans and dogs. The nymph stage ticks are the source of most infections while the adult tick, which is a little larger and easier to see, may be less important.

Typically, horse and human bodies mount a quick response when a foreign bacterium enters the bloodstream. However, when infected ticks are feeding, the crafty spirochete coats itself with a protein before entering the body, thereby flying under the immune system’s radar.

The spirochetes can then change themselves in a variety of ways so the immune system does not have one single threat to respond to. The spirochete cells also communicate between themselves and exchange information to evade antibiotics, an event that also occurs with other resistant bacteria.

While in the body, the spirochetes continue to alter their structure from moment to moment. This probably contributes to the various symptoms that are part of the Lyme picture, as well as the resistance to treatment.

Spirochetes are attracted to different kinds of cells in the hosts, particularly collagen, so joints, aqueous humor of the eye, meninges of the brain, skin collagen and heart tissue (less so in the equine for an unknown reason) are all susceptible.

What’s interesting is that the quantity of spirochetes seem to have little to no impact on the severity of the disease.

The characteristic bull’s-eye skin lesion is generally missing in the equine, most likely due to their hair coat. One of the most common things we do see is lameness that is difficult to specifically identify. In humans, cognitive problems, irritability, fatigue, headaches, disorganization, nerve pain, deficits in memory and retrieval of information, perceptual motor skills and problem solving are all serious issues. All of these likely exist in the horse, though usually what we see is irritability, fatigue, lack of interest in work, perhaps a stubbornness or perceived stubbornness, or dullness, all of which are difficult to diagnose.

Arthritis attacks may be periodic and may wax and wane. The waxing and waning of the symptoms may have to do with the ability of the immune system to respond. Studies have shown that the primary factor leading to arthritic inflammation is the health of the immune system.

Stay tuned for Part II, in which we’ll discuss diagnosis.

About Joyce Harman: Dr. Joyce Harman opened Harmany Equine Clinic, Ltd in 1990, bringing holistic healing to horses from all walks of life, backyard retirees to Olympic competitors. Over the years, Dr. Joyce Harman has observed and adapted to the changing needs the industry. Twenty-plus years ago, no one had heard of Lyme disease or Insulin Resistance, yet today that makes up a large part of her clinical practice.

In 2001, she wrote the first paper in a peer-reviewed journal about the possibility that horses have insulin resistance (IR), and now it is part of our every day conversation. In 2004 she published the first comprehensive book on English saddle fitting since the 1800’s, with the western version of the book following in 2006. To this date, these books are the only books written by an author who is independent from a saddle company, which brings unbiased information to the horse world.

In 2015, Dr. Harman released the Harmany Muzzle, a customizable and breathable grazing muzzle designed with the horse in mind. Because she deals extensively with metabolic and insulin resistant horses, she felt it was her duty to offer them a comfortable muzzle option.