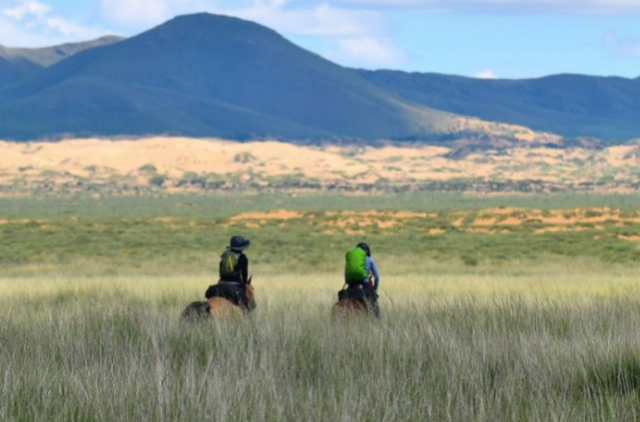 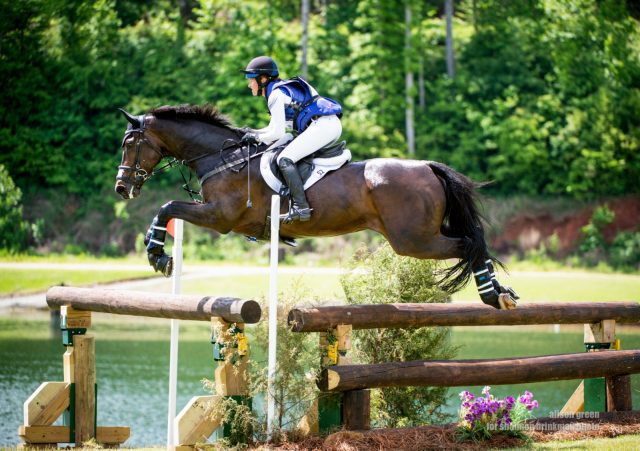 Julie Wolfert is among a fierce contingent of U.S. eventers contesting the 2022 Mongol Derby. Julie, of Chaps Equestrian Center in Kansas City, has been on a tear this year on the eventing circuit. Earlier this month, she secured three top-10 FEI finishes at the Maryland Horse Trials and won the CCI3*-L at The Fork at Tryon before that. Photo by Shannon Brinkman Photography.

Eventers have historically fared pretty well in the Mongol Derby, not because we know the first thing about endurance riding but because as a lot we’re generally tough, scrappy and just psychotic enough to think we can skirt the occasional disaster. Lucinda Green’s niece, Lara Prior-Palmer, won the race in 2013, and several more have found their way to the finish line over the years including (by the skin of my teeth) yours truly in 2017.

Let’s check in on where they are resting their weary heads tonight, following some six previous days of adventure and misadventures — recaps here:

Horse Station 19: RSE, MKE, JWO, CVI and BDO (adventure class) are hunkered down for the night at HS19. Maybe also KCA … the tracker has her listed as camping at HS20 but the blog indicates that she hung back at HS19. In true Derby fashion, the time-space continuum is collapsable; who even knows what is real. Except one thing we know for sure, which is that it’s been a big day for everyone. According to the blog:

CVI, RSE and JWO, deciding the conventional path wasn’t for them, headed off into the mountains between HS16 and HS17 last night in search of something a bit more adventurous. RSE explained that they had been having such a jolly time aboard some “fabulous galloping horses” heading out of HS16 that navigation had seemed like an unnecessary distraction, resulting in the missing of a few crucial turnings. Finding themselves lost in the hills, they had stumbled across a camp of 30 gers in a mystery hidden canyon. Edging closer, they were soon adopted into a summer camp for local Mongolian children, offered ger-service for dinner and even managed a spot of shopping for CVI at the camp shop, still lacking her gear. Not all those who wander are lost. Having got back on track this morning, they rode into HS17 with fantastical tales to tell, blissfully unaware they were about to have to turn to their GPS again to negotiate some testing sand dunes en route to HS18.

Slightly further on the course, a monumental thunderstorm rolled into HS19 just as RSE, CVI, WJO and KCA were pondering whether to ride on for the day. Squinting in the direction of HS20 and the impenetrable wall of steely rain blocking their path, the ladies decided they had better just stay put for the evening, thank you very much. Sensible call.

Our closing shoutout for the day once again goes to the remarkable BDO, the only rider on the Blood Wagon to ride the full day today, and with a set of broken ribs at that. We are in awe of you, Wonder Woman.

Ashton Garner (AGA) also made it into HS20, having taken shelter from the storm in a convenient nearby ger.

At the very tip-top of the field, on Derby Day 7, the overnight leaders are Chris Walker (CWA) of Australia and Patrick Heffron (PHE) of Ireland, who are camped at Horse Station 25 with just three stations to go before the finish. Which means, we’ll have a winner shortly!

If you want to join us in dot-watching, you can do so here. Each rider carries a GPS chip that allows race organizers and fans to follow their positioning in real time. There are quite a few eventers from around the globe contesting the Mongol Derby this year, and you can pick out your favorites to keep track of here.