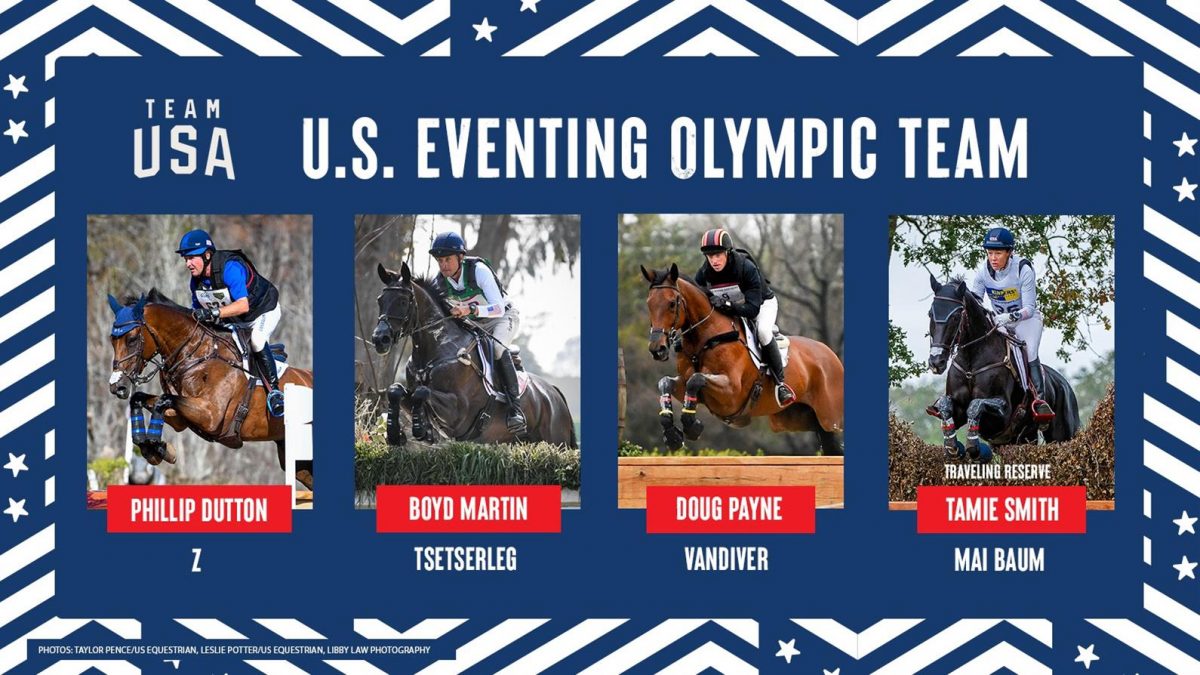 US Equestrian has announced a substitution to the U.S. Eventing Olympic Team ahead of the Olympic Games Tokyo 2020. Deniro Z, a 13-year-old KPWN gelding ridden by Elisabeth Halliday-Sharp (Lexington, Ky.) and owned by Ocala Horse Properties, has been withdrawn from the team and will be replaced by Doug Payne (Aiken, S.C.) and Vandiver, a 17-year-old Trakehner gelding owned by Debi Crowley, Doug Payne, and Jessica Payne.

Following pre-travel horse evaluations, veterinary concerns prompted additional diagnostic testing of Deniro Z prior to the team’s departure to Europe for Pre-Export Quarantine. Following a thorough review of the testing results, it was determined it is in the best interest of the horse to be withdrawn from the team after confirming he has sustained an injury. He is expected to make a full recovery.

Will Faudree (Southern Pines, N.C.) and Mama’s Magic Way, a 10-year-old Hanoverian gelding owned by Jennifer Mosing and Sterling Silver Stables will become the first alternates, and Will Coleman (Gordonsville, Va.) and Off The Record, a 12-year-old Irish Sport Horse gelding owned by the Off The Record Syndicate, will now travel to Pre-Export Quarantine in Aachen, Germany as the second alternate combination.

Further information regarding the U.S. Eventing Olympic Team selection process can be found on USEF.org. All nominations to the 2020 U.S. Olympic Team are subject to approval by the United States Olympic and Paralympic Committee.