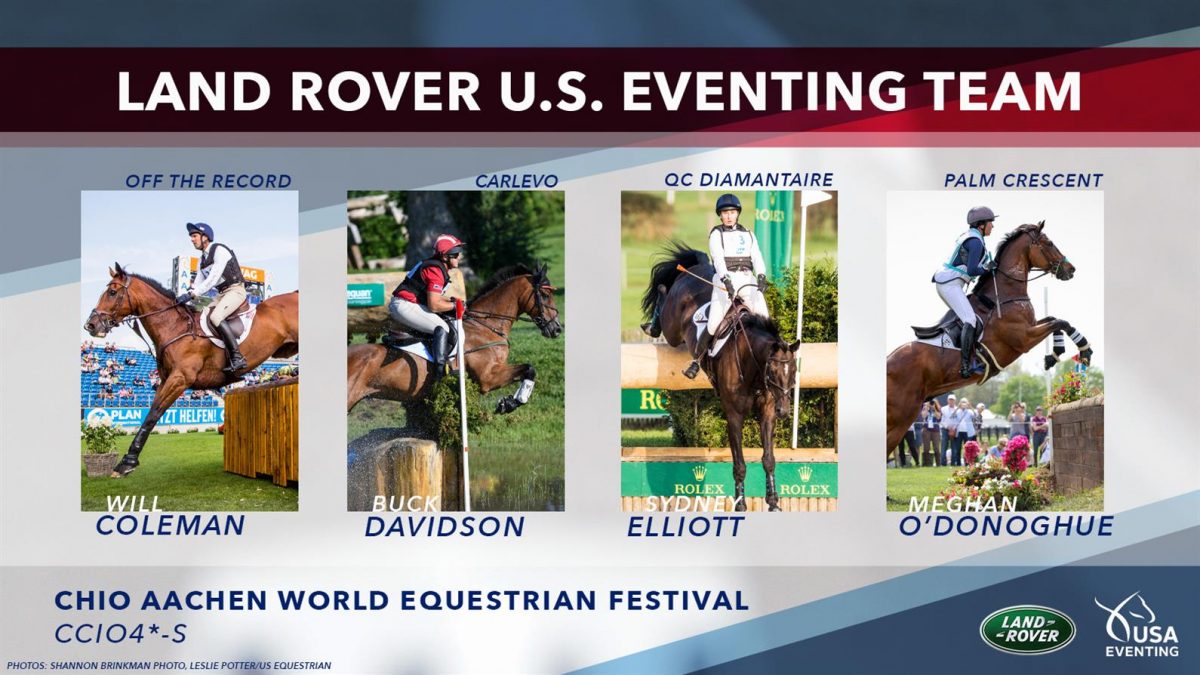 US Equestrian has announced the Land Rover U.S. Eventing Team for the CHIO Aachen CCIO4*-S at CHIO Aachen World Equestrian Festival in Aachen, Germany, from July 1-2, 2022. The team will be led by Chef d’Equipe Bobby Costello.

“It is important for the Land Rover U.S. Eventing Team to participate in such prestigious events as Aachen,” said Costello. “This event provides a great opportunity for our program to compete on the world stage. Thank you to the athletes, owners, and sponsors for your commitment to representing the U.S. at this Nations Cup.”

The following combinations have been selected to represent the Land Rover U.S. Eventing Team and are listed in alphabetical order.

2021 Aachen 4*-S winners Will Coleman (Gordonsville, Va.) and Off The Record, a 2009 Irish Sport Horse gelding owned by the Off the Record Syndicate

Competition will begin on Friday, July 1, with the dressage and jumping phases, followed by the cross-country phase on Saturday, July 2.

Tilly Berendt will be on the ground at Aachen for EN and you’ll be sure to find the most comprehensive coverage from Germany right here on EN. Aachen will also be streamed live on ClipMyHorse.TV — and you won’t want to miss the full slate of equestrian competition starting June 24!