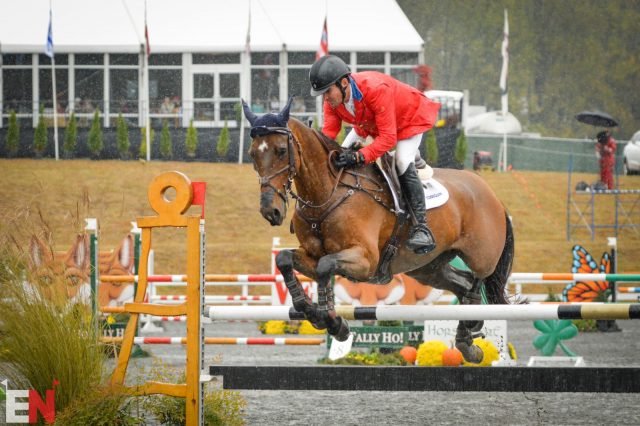 Hot off the presses! With the conclusion of major events for the 2019 season, US Equestrian has announced updates to the Elite, Pre-Elite and Development Training Lists with are part of U.S. Performance Director Erik Duvander’s U.S. Eventing Pathway Program. More information about the structure of the Pathway Program can be reviewed here.

“With just over eight months until the 2020 Tokyo Olympics, it is exciting to have many combinations that could up their game in the spring and show readiness to compete at the Olympic level,” Erik Duvander said. “Tokyo will possibly be one of the most demanding Olympic Games of our time with a new format, logistical challenges and maximal climate preparation needed for both horses and athletes, both prior to and during the event. Combinations must prove their mental, physical and technical skills, as well as their ability to work as a team during this upcoming season.”

“The increased number of combinations on the training lists shows the growing depth of talent within the country, which is critical as we look to build a strong program for the future. The key areas of focus for the High Performance program will be on competitive performance, horse health and the continued commitment to develop a culture of excellence. With limited resources spread over more combinations, we will be very disciplined in how we allocate grants and time to ensure the best possible impact on overall performance.”

The following athletes have been approved for the Elite, Pre-Elite and Development programs by an Ad Hoc Group of the Eventing Sport Committee at the recommendation of Duvander, with input from Duvander’s Performance Advisory Team of Bobby Costello, Derek di Grazia, Leslie Law, Karen O’Connor and Ian Stark.

This list is updated from the previous one announced in August 2019.

The Elite Program supports athlete and horse combinations who demonstrate the ability to contribute to medal-winning potential at the World Championship level, with targets measured against world-leading performances and aiming to compete at the next Olympics or World Championship.

The following combinations have been named to the Elite Training List (in alphabetical order):

The Pre-Elite Program aims to identify and support athlete and horse combinations with the perceived potential to meet Elite status within the next two to four years, with the target of competing on a Championship team in the next four years.

The following combinations have been named to the Pre-Elite Training List (in alphabetical order):

The Development Program aims to support athletes with the perceived talent and ability to reach Elite status in the next four to eight years by focusing on developing the skills needed to progress on the Pathway.

The following athletes have been named to the Development Training List (in alphabetical order):

Applications for the Eventing 25 program are due Friday, Nov. 29, 2019. Program participants will be announced prior to the USEA Annual Meeting & Convention, which will take place in Boston, Massachusetts on Dec. 11-15, 2019. Click here for full details on how to apply.